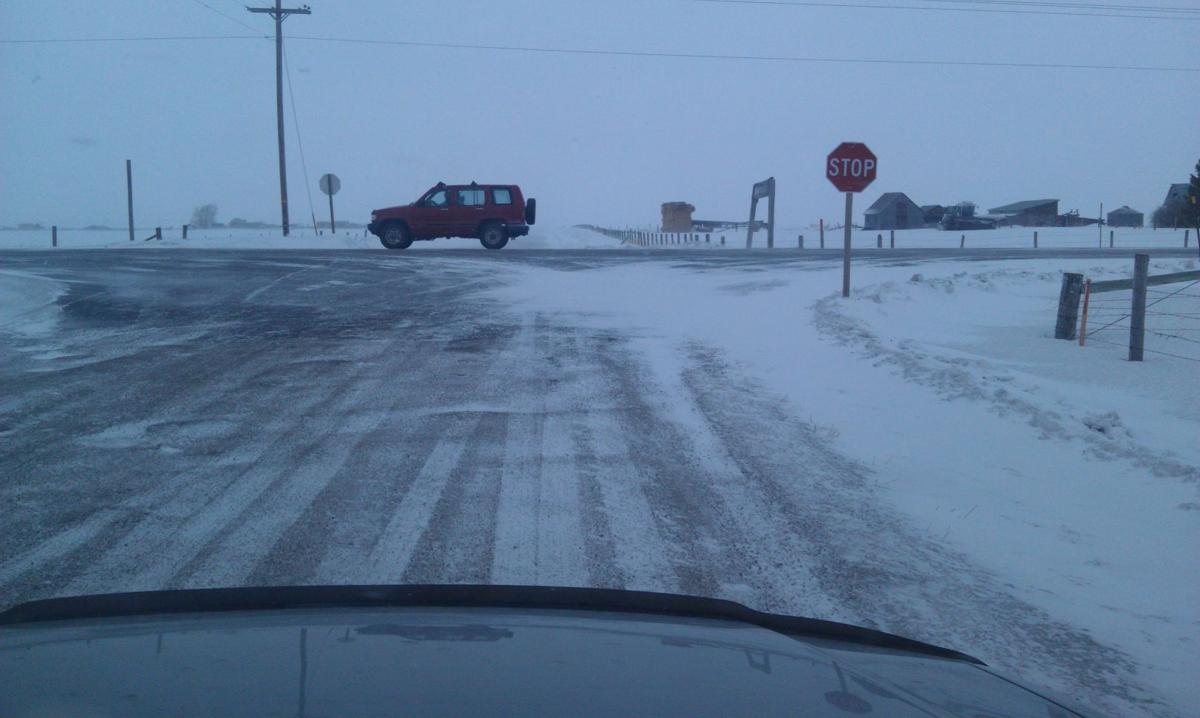 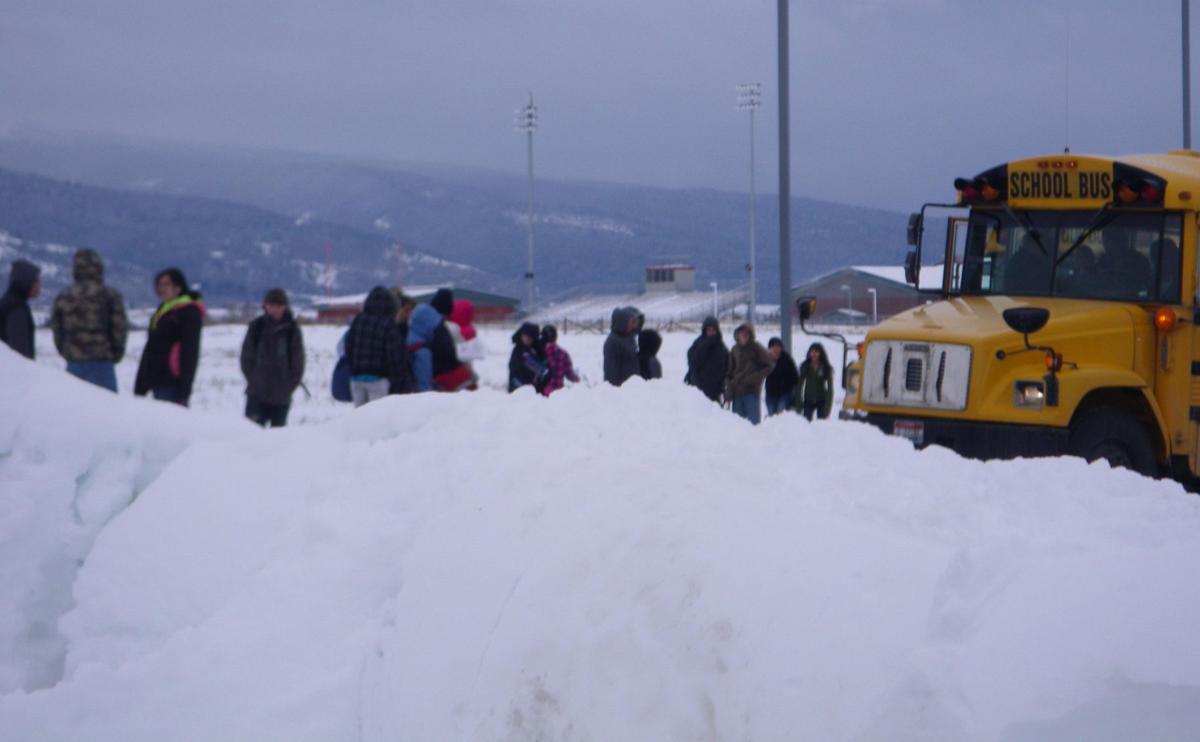 There aren't many "snow days" in Teton Valley. 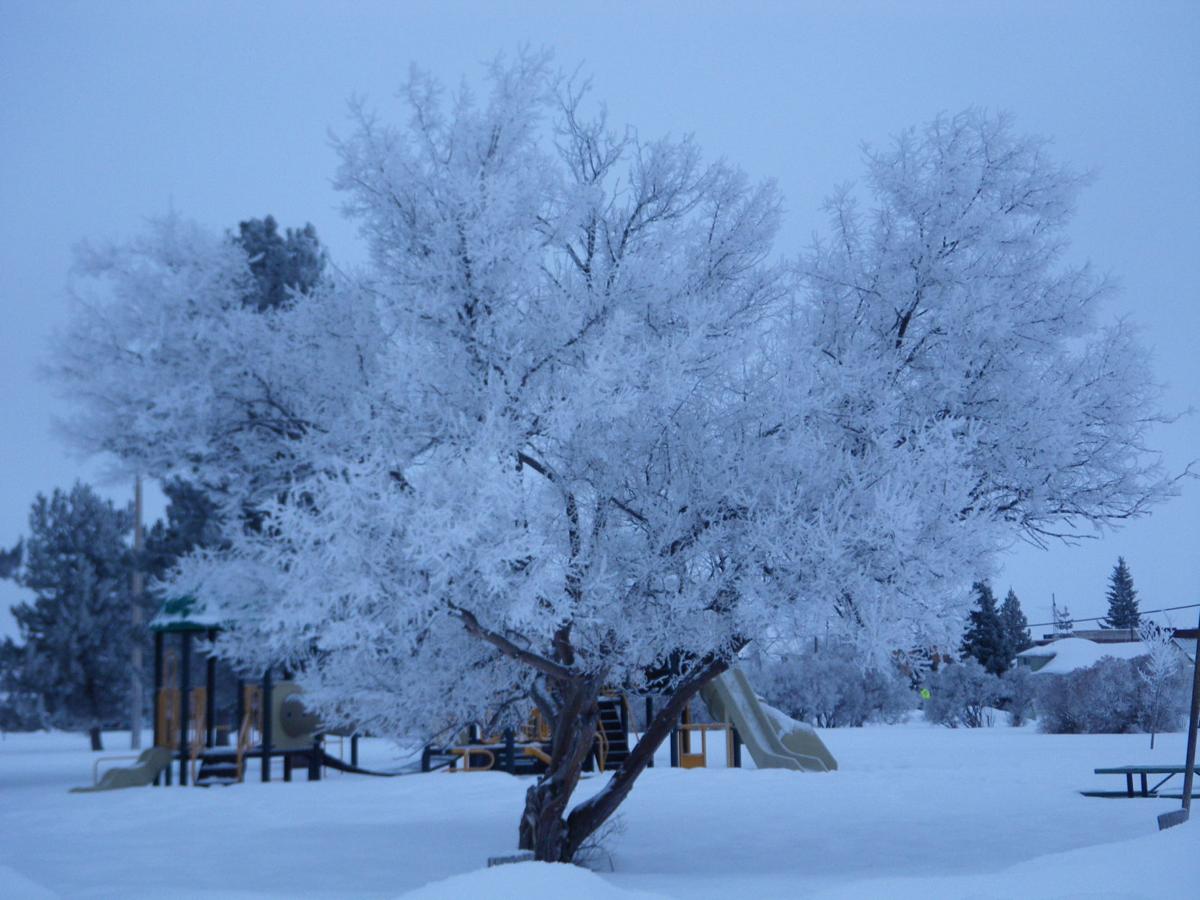 The beautiful side of frozen fog. 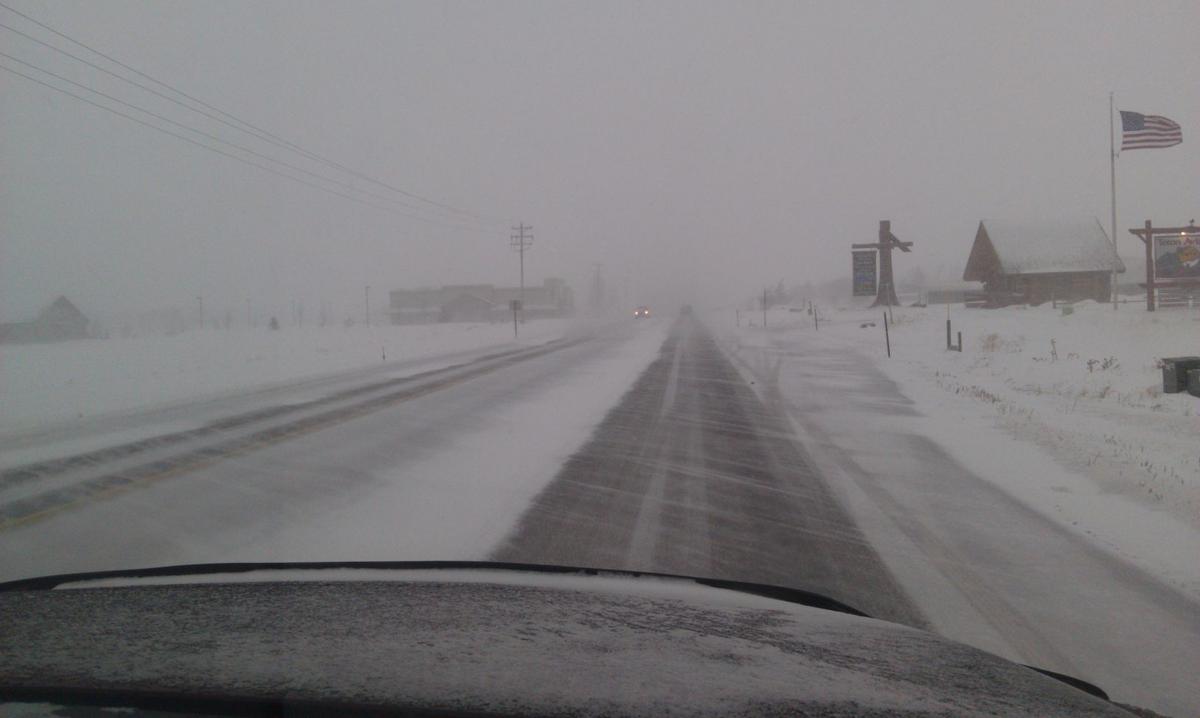 Got white knuckles yet? 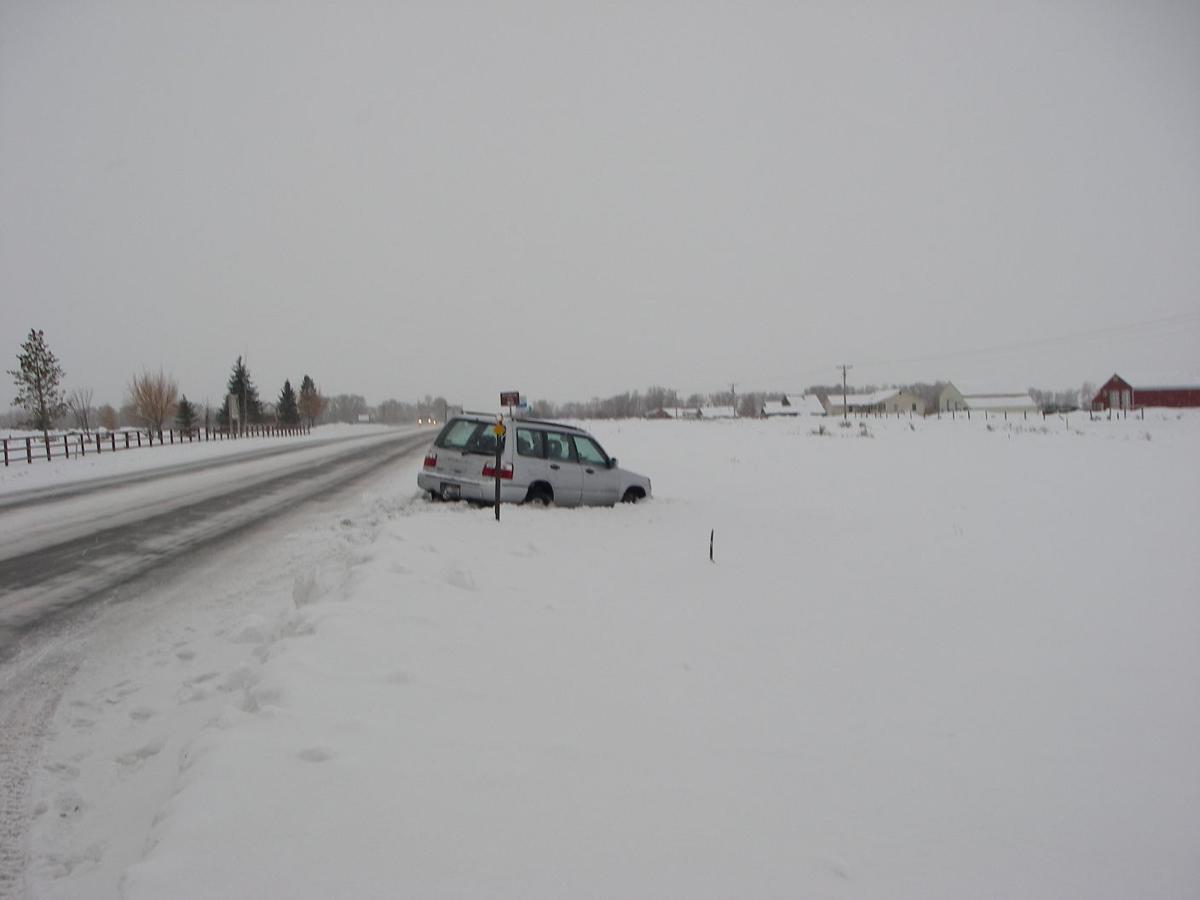 Hey, that's me!  And I honestly did it on purpose to avoid an out of control driver sliding sideways toward me. 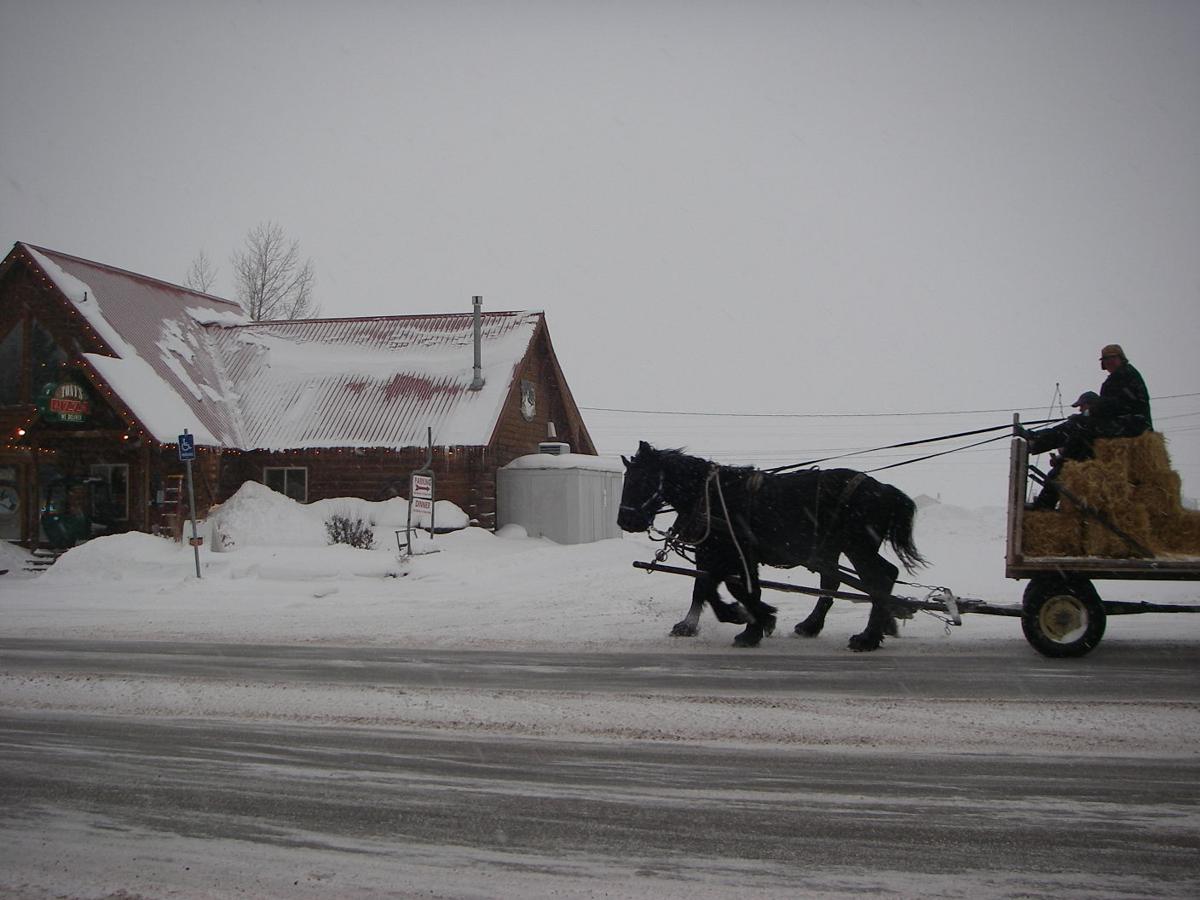 Slow and steady wins the race. 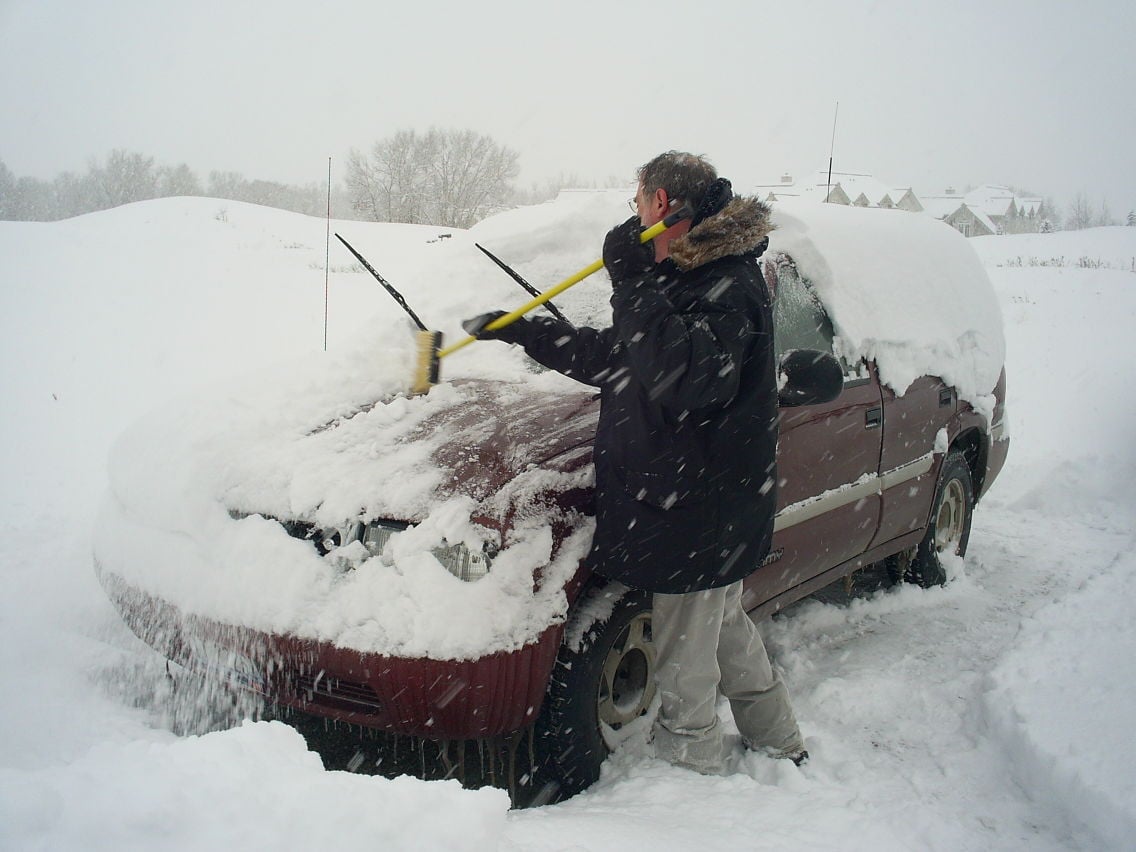 Me again, cleaning that snow off! 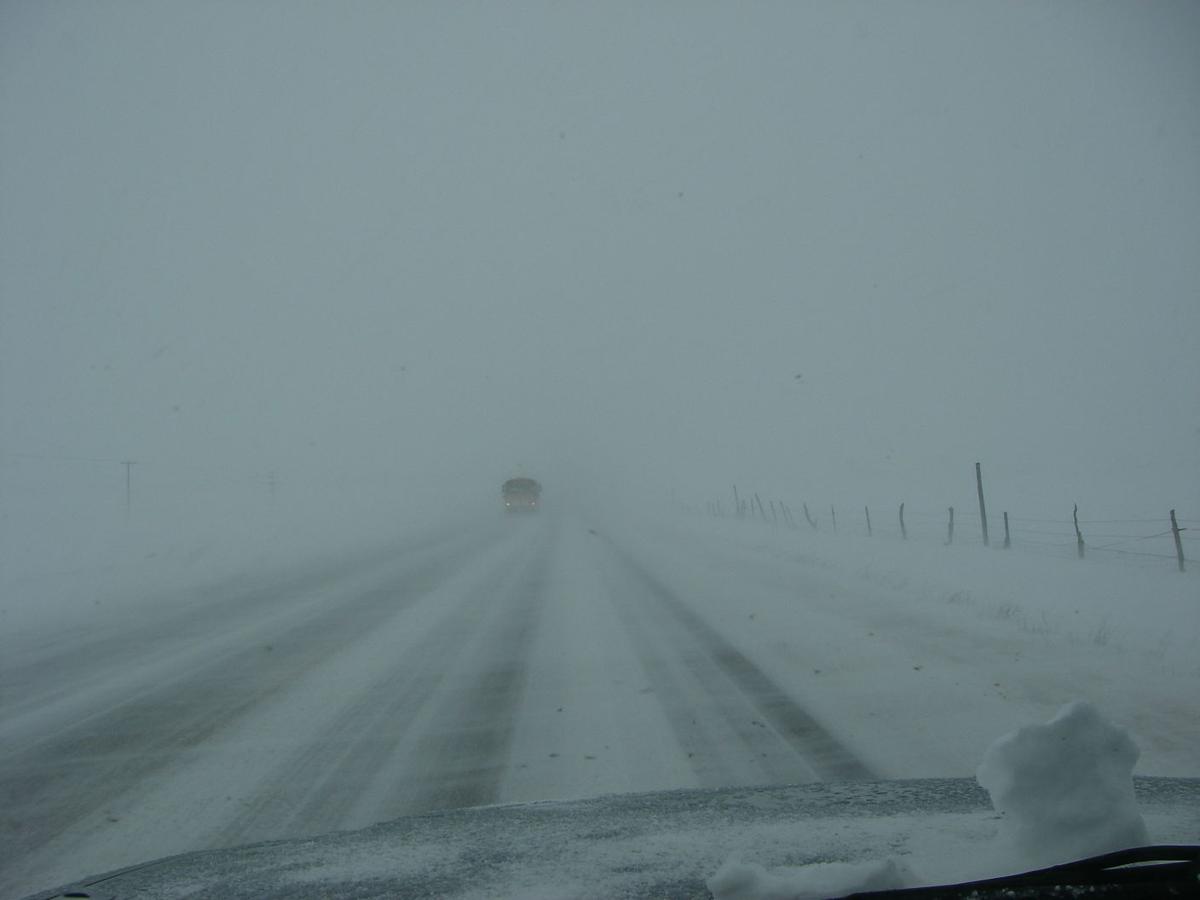 Can you see that school bus through the fog?

With an active weather week in the forecast and so many drivers new to Teton Valley winters, here is a blog last posted back in December of 2016 when I was relatively new to winter driving myself.  I hope it helps make your winter travels safe and happy.

During my first winter in Teton Valley, after moving from the deep South, I was quite intimidated by driving during real winter conditions. Yes, things really do stay open, and people expect you to be where you are supposed to be, even if the roads are white. And yes, the roads are white, even if they've been plowed. I was surprised by that, too. I was a real newbie.

I went to abandoned parking lots and the road up to Grand Targhee and tested my car for skidding to get a feel for just how easily my rear wheel drive Jimmy would slide in a turn or going up steep hills. The results were a little scary as I slid backwards down toward the entrance to Teton Canyon! Another time, I found myself turned around backwards going across the flats. I thought that by following a snowplow I'd be free from the dangers of a slippery road. Wrong! My next car, and all thereafter, had four wheel drive. Since then, the only time I've gone off the road was intentionally, to avoid being hit by an out of control sliding oncoming driver on Hwy. 33 near MD Nursery. That was the time I called 911 and actually got a busy signal. I was not the only one having trouble that day!

I soon learned a few things, more for self preservation than anything else. One was that when driving in the winter, it's important to pay very close attention to everything and DRIVE SLOWLY, because slowing down and turning take longer, and stopping may be impossible. I thought of it this way. There are three things you can do while driving: 1) drive at a straight steady pace, B) turn, 3) change speed. (Yes, that 1,B,3 is a little intentional inside joke.) You should only do ONE of those three things at a time. If you try to speed up before you complete your turn, for example, you will come to harm. If you hit your brakes and turn the wheel at the same time on a slippery road, just say goodnight. And by all means, accelerate GENTLY both positively and negatively. Don't try to stop when you come to an obstacle or stop sign; start stopping as far away as possible.

As a cautious driver, you'll certainly encounter those who are not, from the front, the rear, and from the side streets, sliding toward you unable to stop.   Another thing we are plagued with at times are impatient drivers who want to go faster than you and drive right up on your rear bumper. The important thing to do if you are the front driver in that dangerous situation is to slow down even more. Not because it will make the driver behind you angry or teach him a lesson; it won't. The reason is that with someone on your tail like that, both of you going slower will make it safer for you, less likely he will hit you in the event that you need to stop for some reason. Don't be intimidated or angered if he roars by you. You can wave to him later when he's in the ditch and help him out if you want.

Another thing I had to learn quickly was not to try to drive blind. Snow on the windows is a no-brainer; just clear it. Scrape, brush, or use one of those sprays, but clear it from all the glass you normally look out of when you drive: front, back, sides and mirrors. Oh, and for your own comfort, don't forget to clear that crack at the top of the car door so snow doesn't dump on your seat when you open it.

But, snow isn't the only thing that blocks your view in the winter. If your window fogs up on the inside and then it freezes, your defroster might not be able to handle it fast enough to keep driving safely. You might have to pull over as best you can, well off the road, and use a scraper on the inside of your windows. I keep a small one on my dashboard year 'round.

Another bad obstacle to seeing where you are going is fog, particularly freezing fog.  Freezing fog will paint your windshield white in a second while it creates a thin slippery sheet of ice on the road. Your wipers won't help, neither will your defroster, and using the windshield sprayer might even make it worse. I think freezing fog might just be both the most beautiful and the most dangerous winter phenomenon of all. It leaves everything it touches coated with a gorgeous Christmas card white frost that glistens in the sun later… but in your car, it can make it so you literally can't see your own hood. If you are in freezing fog, driving blind is a bad idea of course, but so is stopping, because that's a setup for a multiple car chain reaction. I guess the only thing to do is avoid driving into the fog as soon as you detect it forming. The problem there is that patches often have abrupt edges so they happen suddenly as you drive into them. Freezing fog is a treacherous beauty.

A final reminder to everyone is never to try to go around a barricade and drive on a road that has been closed, even if it “doesn't look too bad” or people tell you it isn't. Going around those barriers is not only illegal, but you stand a good chance of putting our good Search and Rescue teams in danger as they leave their homes and families to go and help you. Just don't do it.

After a dozen years of Idaho winter driving, I am certainly no expert. I learn something new almost every time I drive. But my relatively recent introduction to real winter driving just might make me more qualified to write an article like this than someone who has been doing it for so long that he doesn't remember what it was like his first winter on the road. You will discover many other things that will make your driving experience in Teton Valley safer and more enjoyable and less of a white knuckle experience: the right tires, extra weight, the right safety and emergency equipment in your vehicle, things like that. But the basic driving skills for winter are a must no matter what you're driving or what's on board, and the most important one of those is GO SLOW!

When the weather  turns bad, check your resources before you leave home to know the road conditions, forecast, and closures.  Include Teton Valley Weather's Facebook page as one of your resources.