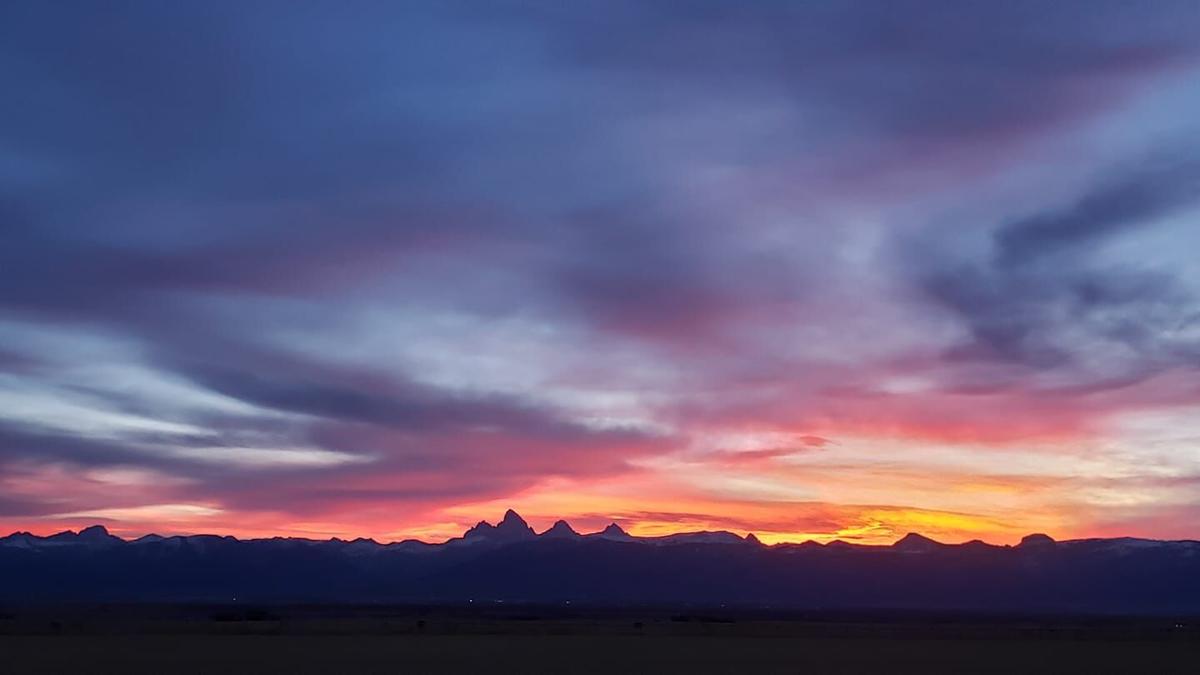 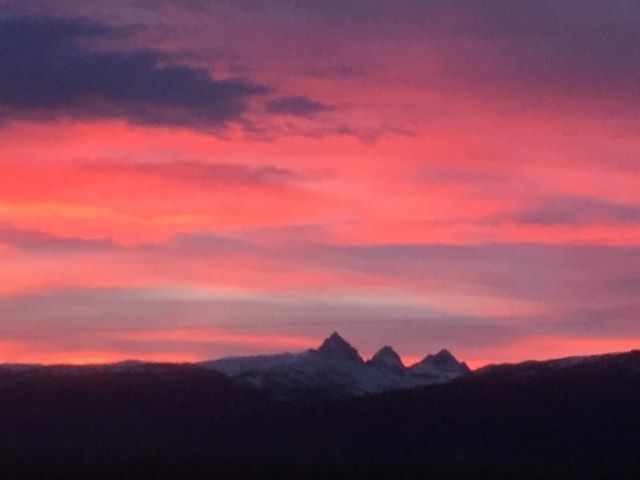 Judy Hazen Conney posted this red sky in the morning photo by her husband Bruce.

Recently, Margaret wrote on the Teton Valley Weather Facebook page, “Here’s an old saying I learned from my father who was in the navy towards the end of WWII. ‘Red sky in morning sailor take warning. Red sky at night sailor delight.’ It’s never failed.”

Last Friday, after a particularly beautiful red sunrise, Audrey sent the beautiful picture here and said, "’Red sky at morning, sailors take warning. Red sky at night sailor's delight.’ Can you tell us about this?’”

We’ve often heard the rhyme and seen it prove true over and over. A red sky at sunrise often means a change for the stormier, while a red sky at sunset often signals fair weather ahead. And believe me, this is not something new. The concept, if not the exact rhyme, has been noticed before.

William Shakespeare, probably an even better poet, wrote in his play Venus and Adonis, “Like a red morn that ever yet betokened, Wreck to the seaman, tempest to the field, Sorrow to the shepherds, woe unto the birds, Gusts and foul flaws to herdmen and to herds.”

So what’s going on? Why has the concept in the little poem worked for thousands of years to predict the weather? Well, we know that one thing that can cause a red sky in the morning or the evening is dust in the air. Small dust particles in the air can break up light that shines into it, almost like a prism or crystal, causing more of the red color to reflect back to our eye than any other. Since rainy or snowy skies don’t normally have a lot of dust in them, a red sky is a sign that the weather is fair in that direction.

Since our weather systems generally move from west to east, red sunsets to the west often mean that fair weather is heading our way. Sailors’ delight. But on the other hand, red skies to our east mean the fair weather is going away from us. Sailors take warning.

Does it always work? Certainly not. We know all too well that other things, like wildfire smoke, can create red skies also. And sometimes, sneaky weather systems don’t follow the rules and come at us from a direction other than west to east, a back door cold front for example.

The rhyme is a rule of thumb, not a scientific fact you can rely on, but once you start noticing, you will be surprised at how often it’s true. And for those ancient sailors, it was more than a curiosity; foul weather could mean the end of their journey in more ways than one.