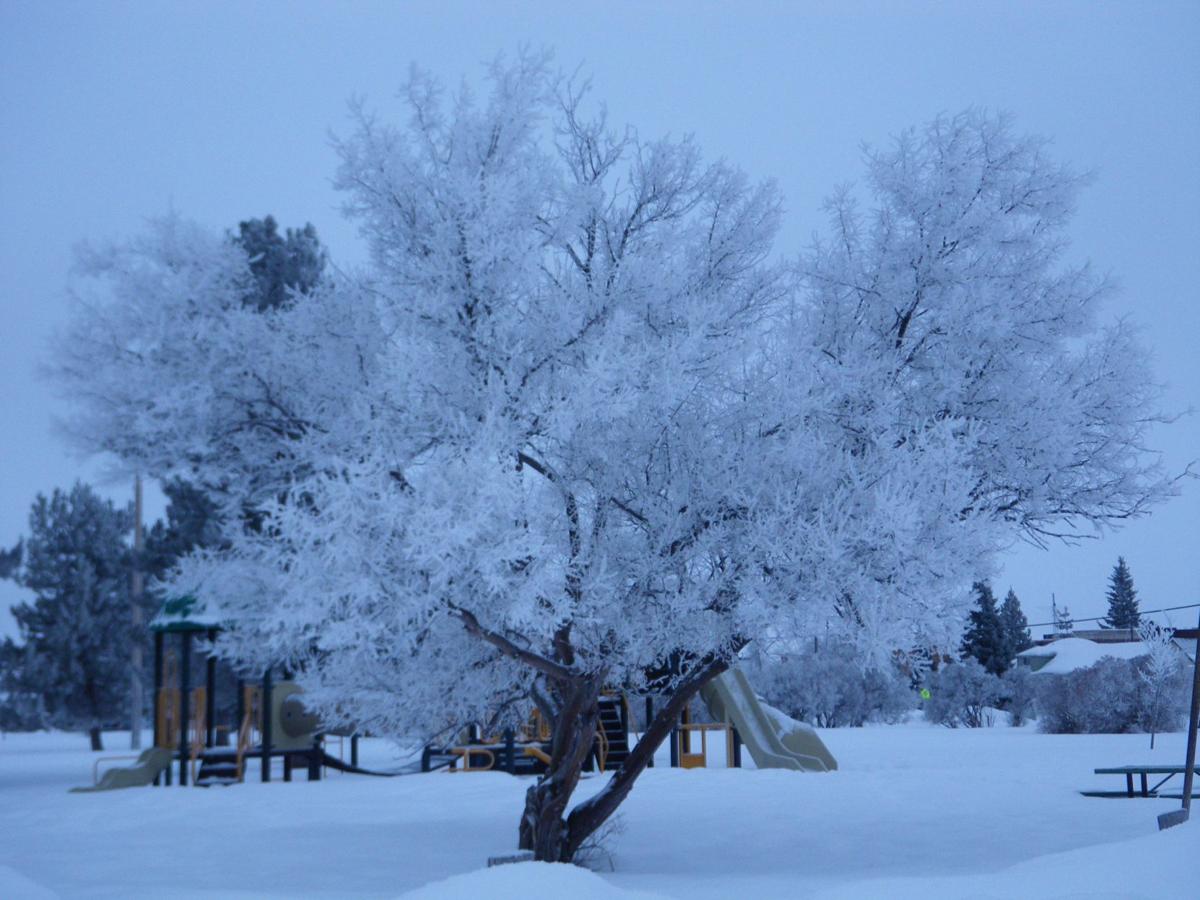 The playground in Driggs with some extra fun. 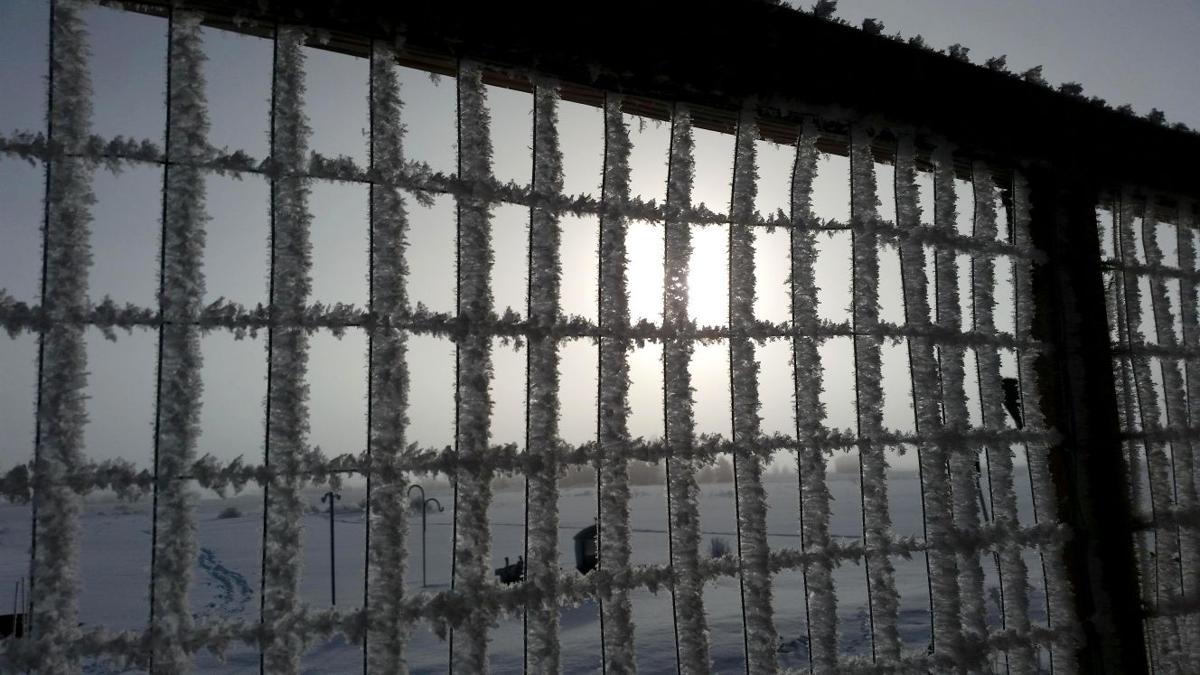 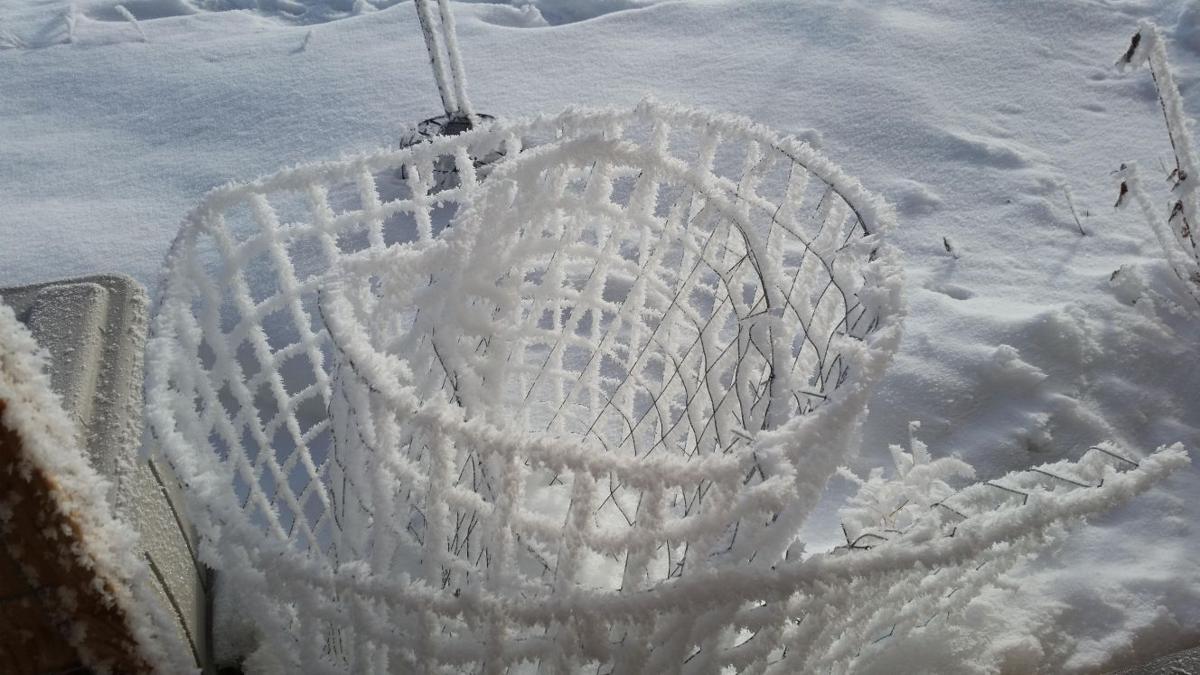 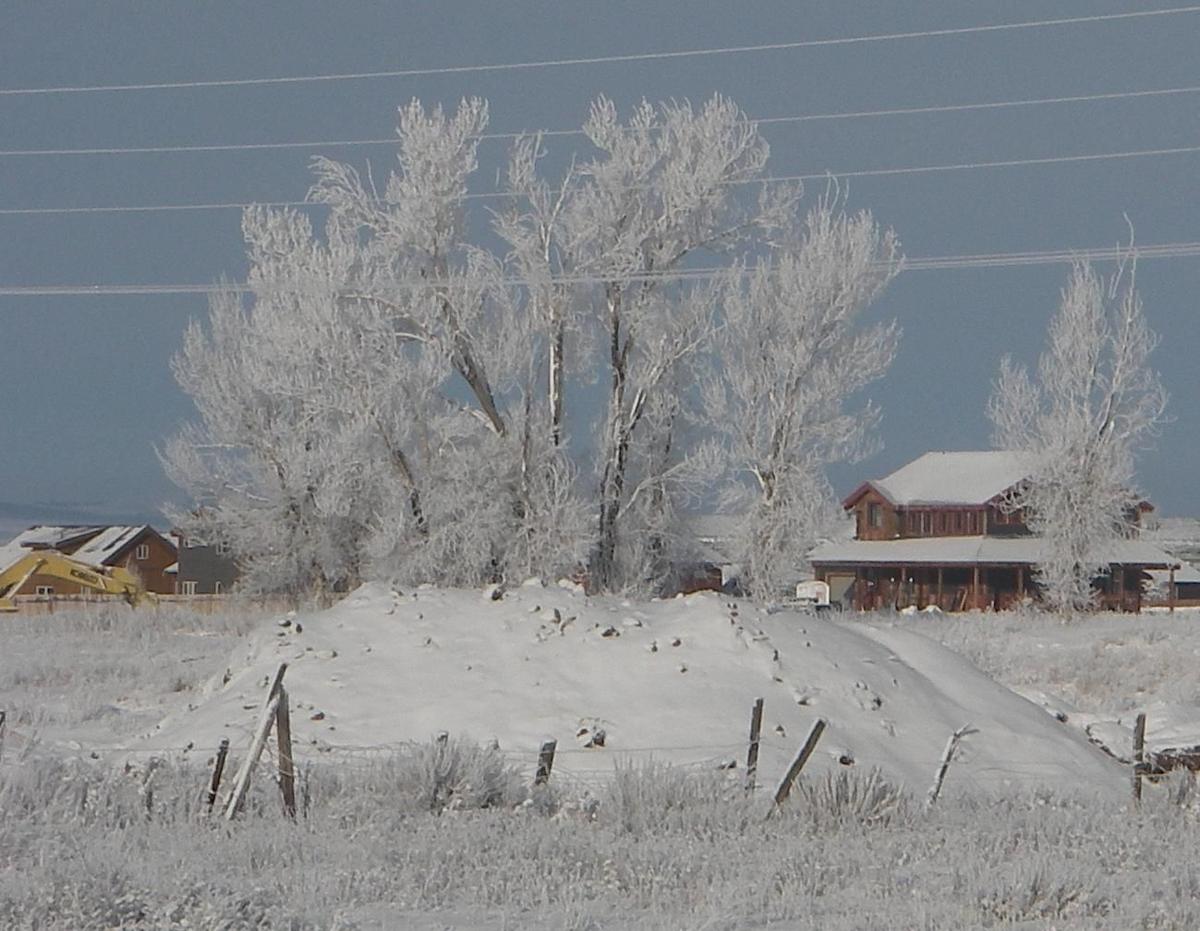 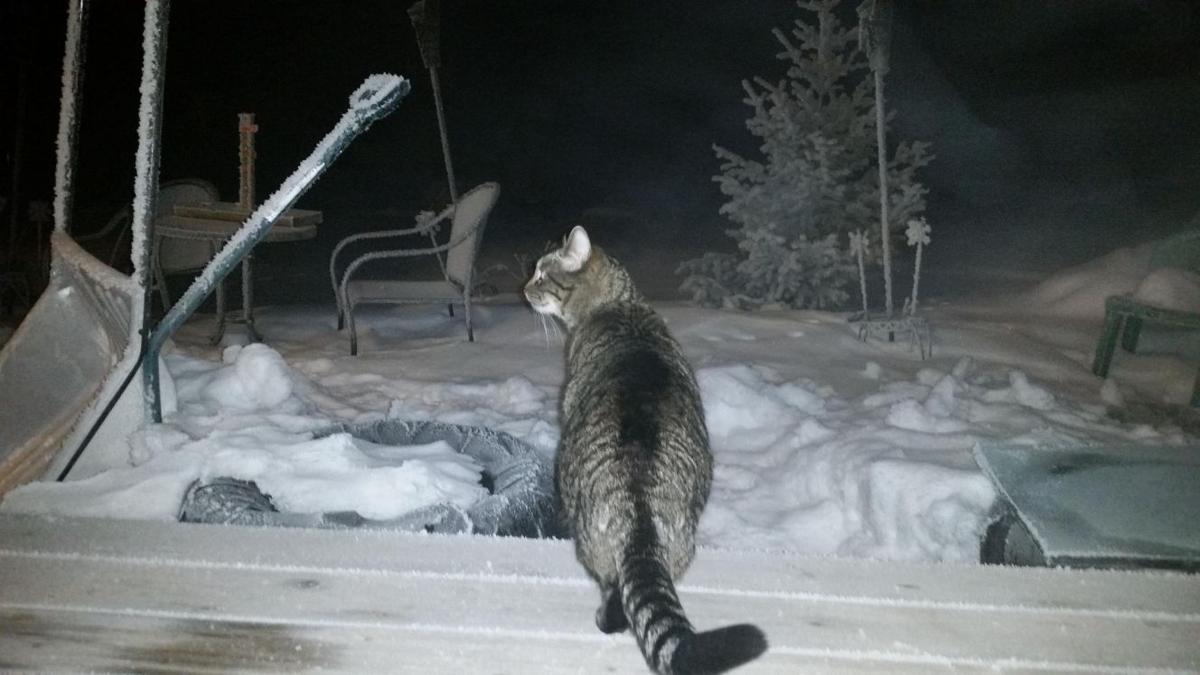 I'm not sure EVERYONE appreciates the frosty stuff. 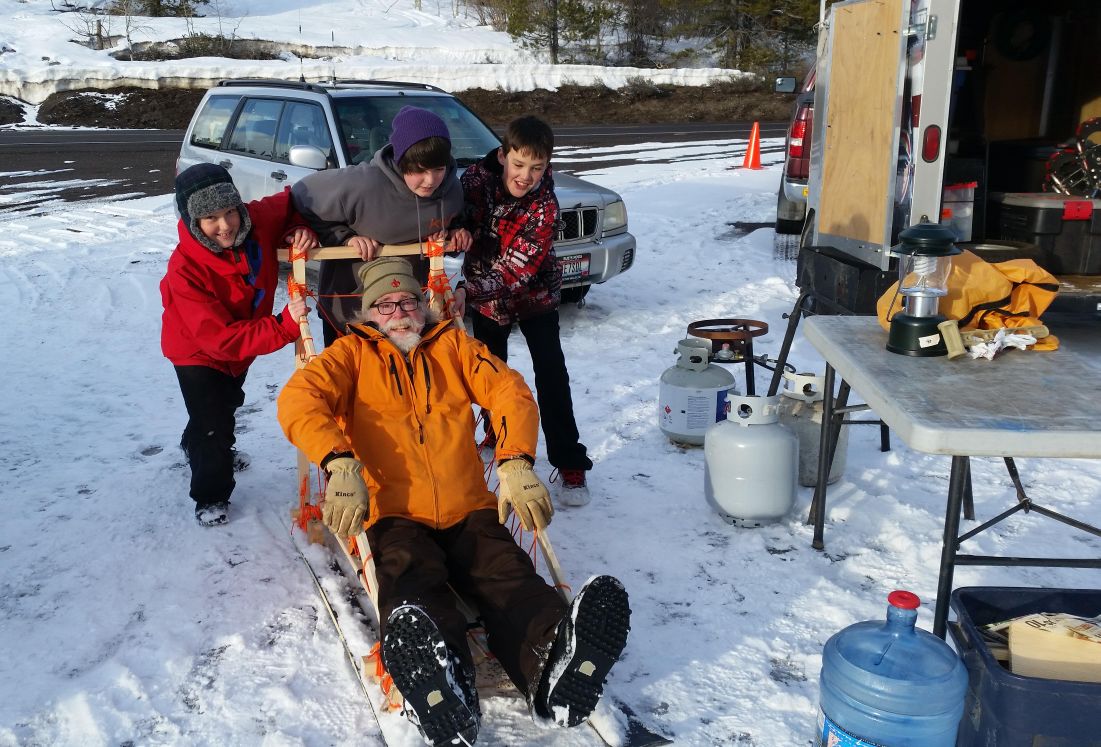 Early Pioneers of Boy Scout Troop 185 braving the white death and pogonip on  Pine Creek Pass a few years ago. 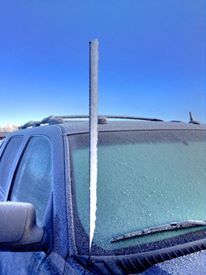 Did things seem a little foggy the last week of 2019?  It wasn't you, it was a bit of a weather phenomenon called freezing fog.

Freezing fog is like any other fog except that it sticks to whatever it touches leaving an icy coat on roads and windshields making driving dicey, but then in morning's light we get to see beautiful white frost that sparkles in the sunlight.

Here's some information from a blog back in 2016 about what we saw last week, including its name, pogonip:

We've all enjoyed the greeting card beauty of frost flocked trees on a cold morning after a thick fog lifts. With a little sunshine on the frost, those mornings sparkle into some of the most beautiful days of winter.

Questions arise about the right words for the fog and the frost it produces. Is it ice fog or freezing fog? And is it hoar frost or rime ice? There are some technical differences in terminology, so for those who wish to be absolutely correct, here's what I've found:

First of all, we have to get rid of the idea that water always freezes at 32 degrees F. If the water is very clean, it can get colder than that and remain liquid. When that happens, the water is referred to as supercooled, because it's colder than liquid water is supposed to be.

Just like a cloud, fog is made of tiny droplets of liquid water. Freezing fog is too, but that water is supercooled. As soon as the supercooled liquid water droplet touches something, a tree branch, power line, your windshield, my beard, it instantly freezes into a tiny particle of solid ice. Now multiply that by millions of particles of ice. That's what coats everything with the beautiful thick frost that sparkles in the sun long after the fog has departed.

Freezing fog has a name in the West, pogonip. It comes from the Shoshone words paγ i̵napp i̵h, meaning cloud.

Technically, the frost that forms on things from freezing fog is rime ice. Rime can be a thick coating of white ice or a feathery soft rime. It's usually seen in close combination with hoar frost, which forms not from liquid water droplets freezing but from water vapor freezing directly onto things. You'd almost have to be a chemist and watch the frost form under a microscope to tell the difference between soft rime ice and hoar frost. That's why we just call it that beautiful white frost.

Freezing fog is what we often see in the winter in and around Teton Valley. Less common is another phenomenon called ice fog. Although we use the terms interchangeably sometimes, there is a difference. Ice fog is not made of tiny liquid droplets; it's made of tiny solid ice crystals. For true ice fog to form, the air must be at 100% relative humidity as the temperature drops well into the teens below zero or colder. For that reason, ice fog is not as common as freezing fog, but it does happen here, too.

Ice fog also has a nickname. According to legend, early settlers called it the white death because breathing too many ice crystals into your lungs can kill you.

Another related thing that can happen is the much lighter glitter of ice crystals we sometimes see in the air when it's very cold out. This wonder can last for days. Not thick enough to be called fog, not big enough to be called snow, this sparkle in the air is a form of clear air precipitation known as diamond dust. Have you seen it lit up by the sun or making milky halos in the sky? What a place we live in!