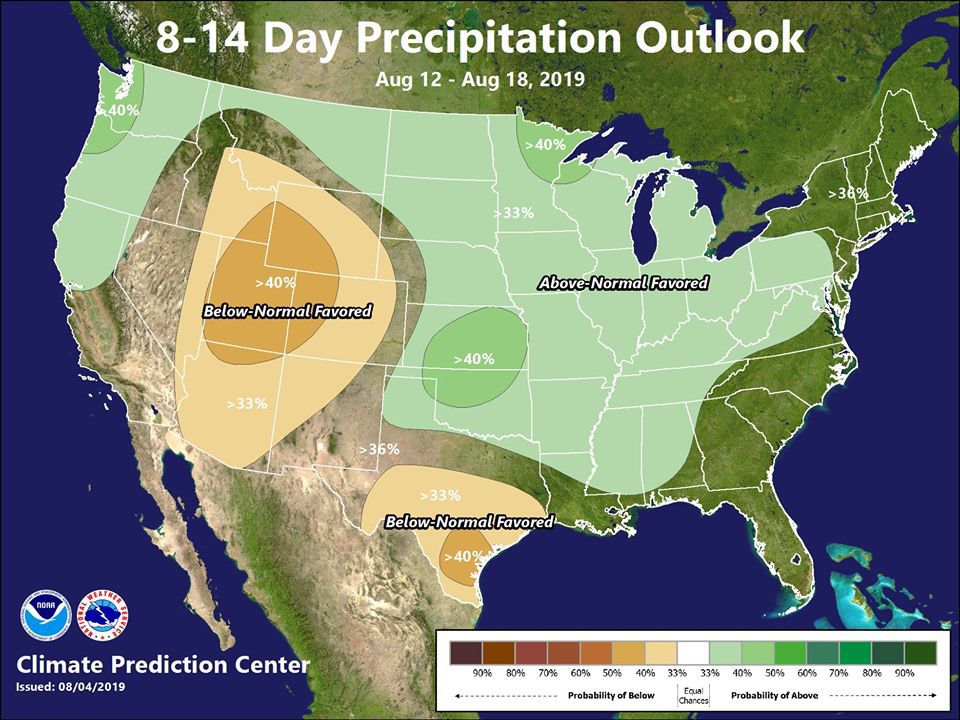 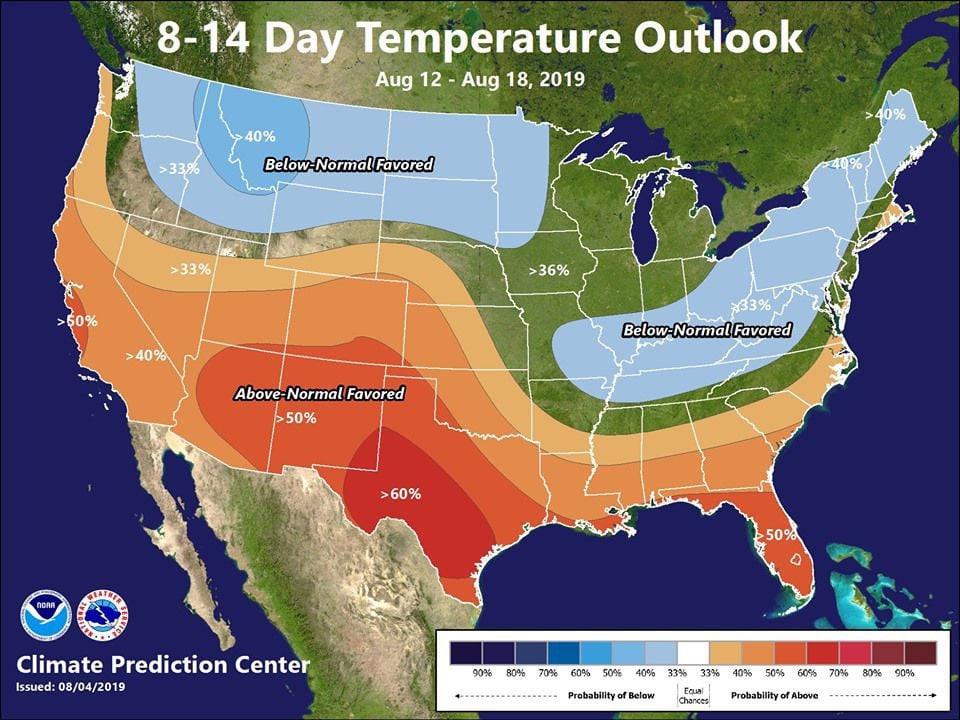 Less than a week into August, Teton Valley has had plenty of rain. The amounts vary widely, depending on who was in the path of one of our afternoon storms and who wasn’t, but generally we are way ahead in rainfall of where we would expect to be at this point in August. And by the time this is is published in the Teton Valley News, we are likely to be looking at additional August rainfall. Daytime temperatures have been running higher than average for early August as well.

The news, good or bad depending on how you feel about the warm wet weather, is that a change is in store starting this weekend. Once mid-week’s moist air clears out, it appears that we are in for a stretch of dry and cooler weather. Dare I say autumn-like?

The outlooks from NOAA’s Climate Prediction Center seem to bear out the cooler and wetter forecasts for the next couple of weeks. Could this be the end of the hot, stormy summer conditions? Maybe not. The monthly outlook for August still shows us slightly above average temperature by the end of the month, so there could be a warmup late in the month. The warmer than average trend is seen continuing through the end of the year. But the monthly outlooks for precipitation keep us in the average range through the rest of the year. Around here, average precipitation means just over an inch a month from now through December, including increasing amounts of snowfall starting small in September and reaching an average of 15 inches of snow in December.

So we may have another warm spell later in August, but for now we can enjoy cooler, drier days and dream of those first flurries of winter starting to collect on the slopes. You can watch it all unfold on the Teton Valley Weather Facebook page and let us know whether you love it or hate it.