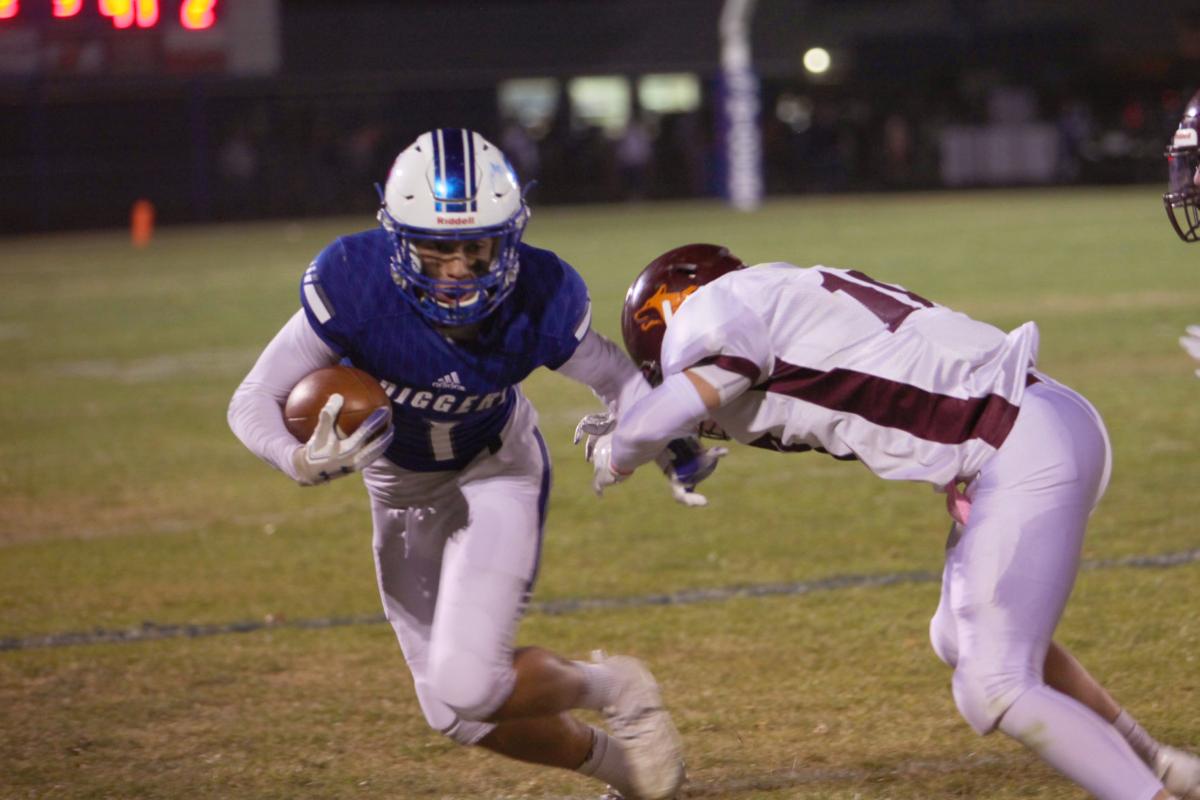 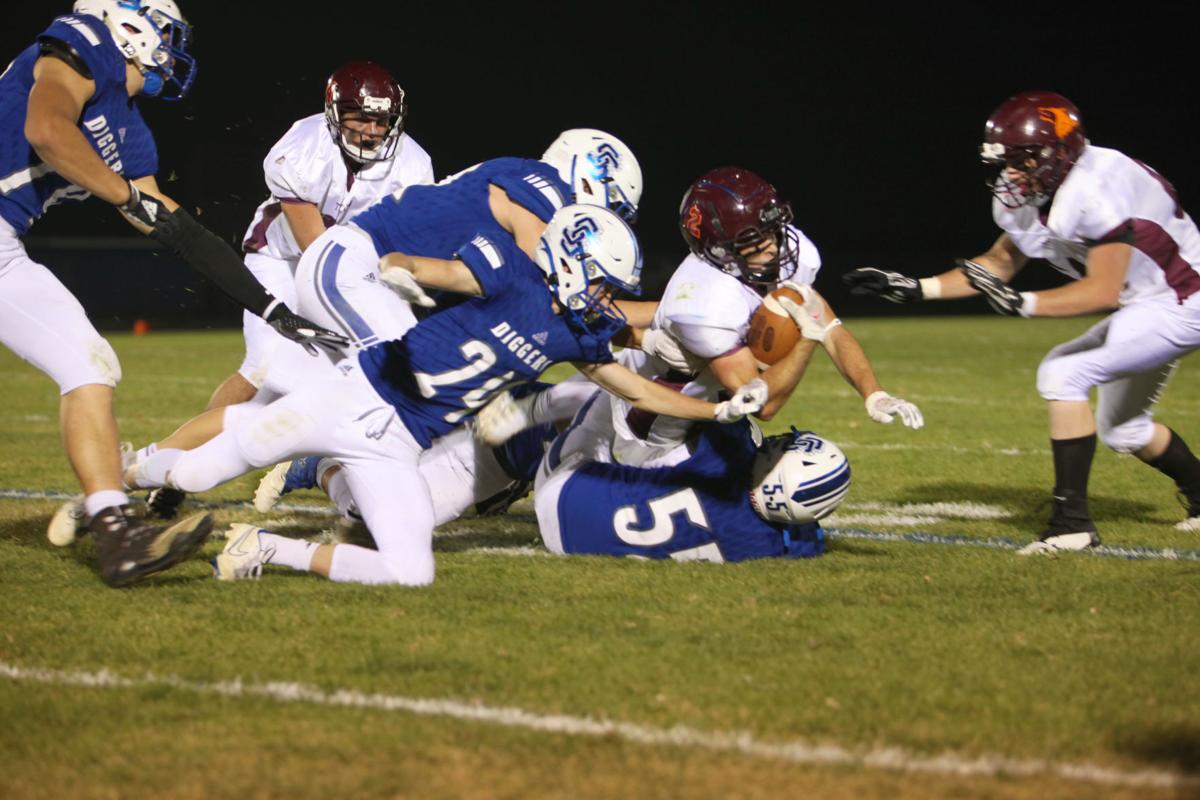 Digger defenders combine to tackle a Teton back.

Digger defenders combine to tackle a Teton back.

Anyone who only watched the first quarter and a half of Sugar-Salem and Teton’s game last Friday might have thought the Diggers’ unblemished record was in danger — it wasn’t. They won 27-7.

The Diggers fumbled on their first possession, Teton recovered then drove 94 yards for the first score. Sugar fumbled again the following possession inside its own 30. The Diggers were facing one of the bleakest moments of their season.

After the teams traded turnovers on downs, Teton punted. The Diggers drove 94 yards and scored with under seven seconds left in the half.

After going into the half tied at seven, the Diggers grabbed the momentum with a 40-yard drive capped by a 26-yard Wyatt Harris run, which he stretched to the outside and took up the sideline for the score.

Teton has seen the most success this season when staying balanced. The loss was only Teton’s second against an Idaho team in 2020. The Timberwolves still maintain a winning record of 4-3.