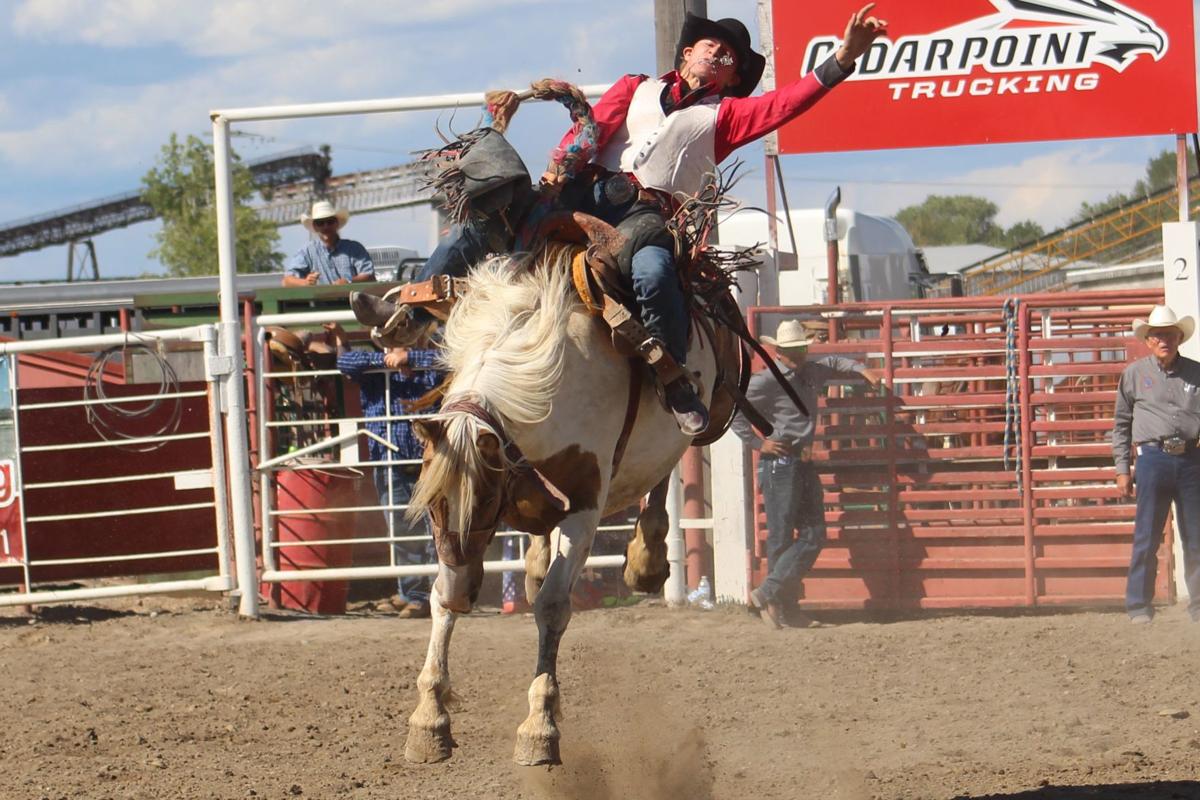 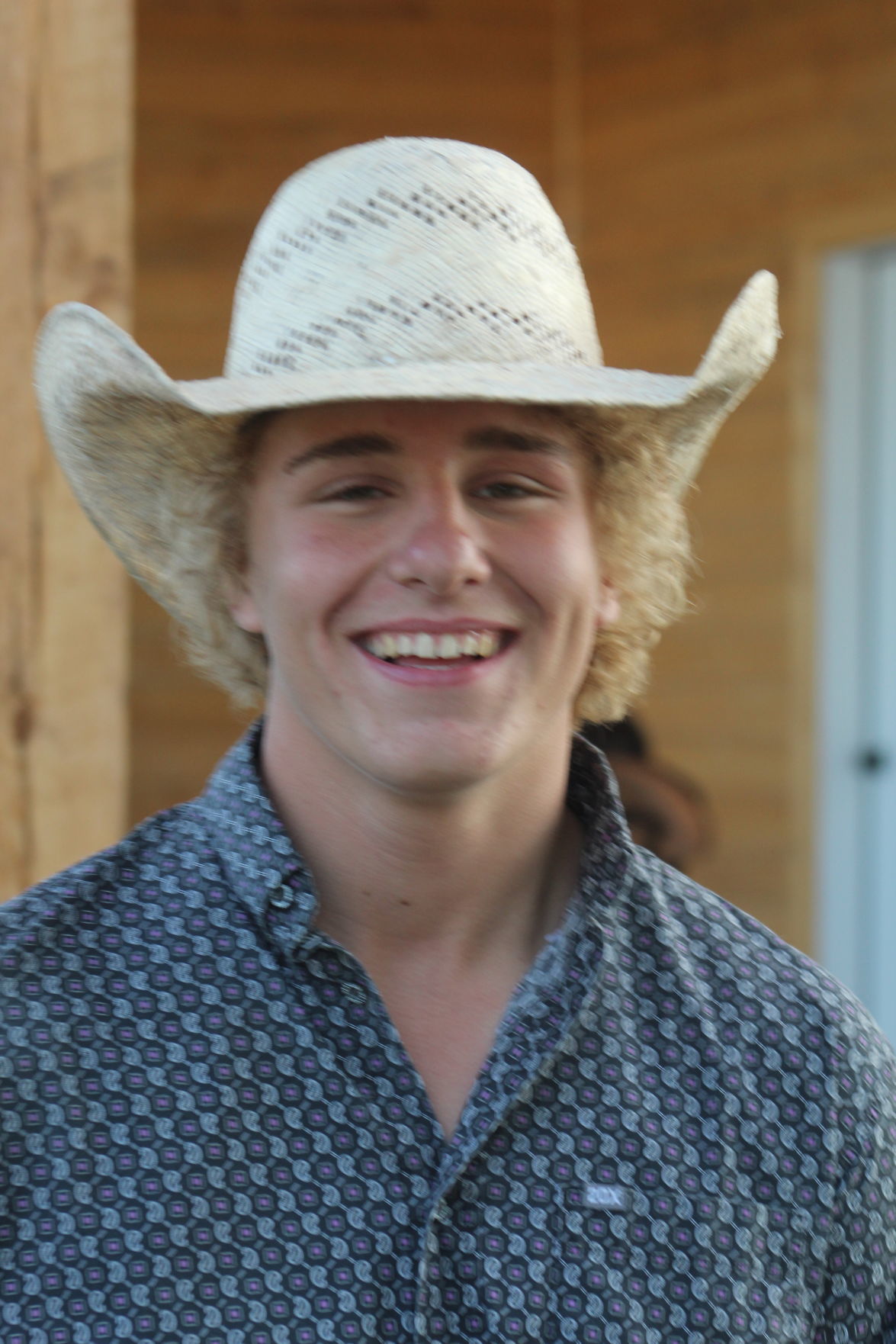 Riley Barber is all smiles after winning his first state championship in bull riding. 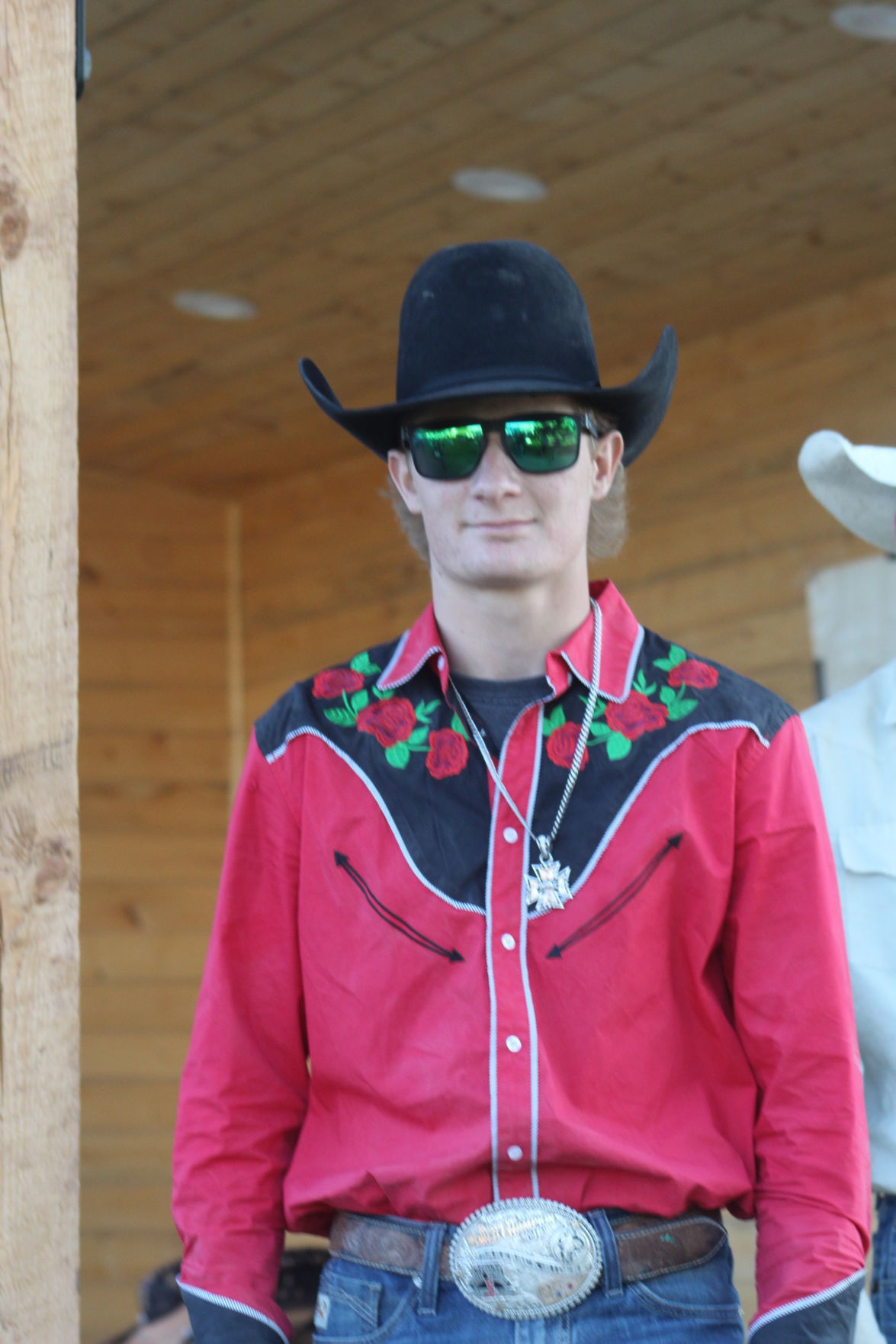 Riley Barber is all smiles after winning his first state championship in bull riding.

The short go of the Idaho State High School Rodeo Finals is over, the points have been tallied, and the state champions have been announced. The team has been assembled for the National High School Finals which will take place in Guthrie, Okla., later this summer.

Cooper Cooke dominated this event and won the short go with a score of 76. The rough stock specialist used this event, which traditionally starts off the high school rodeos, as a statement maker and used this event to set himself up for a second straight All-Around Cowboy title.

Finishing second was Kelby Schneiter, third was Wes Shaw and fourth was Darien Johnson to round out the qualifiers for nationals.

Caylee Bradshaw was the most consistent of the riders in this event all week. She may have only finished fourth in the short go, but she had accumulated enough points to earn her championship. She will lead a team that includes Brinn Bowman (second), third place finisher Brecken Smith and Macey Fillmore. This will be a fast and solid team heading to the national finals.

Gage Gregersen used his consistency to gain a win in the average for this event and that propelled him to the overall win. Those average points were instrumental in his championship, but don’t kid yourself, this cowboy is tough and will lead a strong group heading to nationals. In second place was Wes Shaw, while Whit Smith was third and Firth’s Dawson Davis finished up in fourth.

The action was fast and furious in the goat tying all week long. Paige Bennett used a fast short go performance to propel her to the title, but she was also the average winner and won the second go roung as well. She obviously saved her best efforts of the year for the state finals. In second place was Brylee Smith, while last year’s state champ, Laynee Gregerson, who also placed nationally finished up in third. Fourth was Breyanna Miller-Dubray. This is a very strong group that Idaho is sending to Nationals and there could be some Idaho fireworks in Guthrie.

Riggin Smith saved his best for the short go round as he posted a score of 69 to not only claim the round, but also boost himself into the average win. Those two things got him his state championship and he will lead an Idaho team that includes Bingham Carson who finished second, third place Cooper Cooke and Wyatt Lloyd. This will be another fairly strong team that heads to Oklahoma and of course with All-Around rough stock rider Cooper Cooke in the fold, anything can happen.

When you talk about speed, this was the event that brought it this year. There were more than a handful of ladies who posted time under three seconds in the event all week long and it became the norm to expect it in here. Raegan Steed won both the first go round and the second go round and had just enough to place in the average to gain the win by a half point overall. As champion, she will lead the team that includes second place finisher Halle Burch and a pair of ladies who tied for third in Laynee Gregersen and Dally Mendenhall. This is one of those events where the hot rider will prevail overall and there will be speed galore in Oklahoma to welcome these girls.

This is an event where the cream rises to the top and that is what happened this week in the state finals. Waid Dalton obviously saved his best for this week and he claimed the title based upon the strength of his overall game. He won the first go round and the second go round and did enough in the short go to claim the average which got him his title. Last year’s state champ Cooper Duffin won the short go to finish in second, Blackfoot’s Nick Chappell was solid all week to be third and fourth was Malad’s Tom Simpson.

This event is fast, furious, and often gives us the darlings of the rodeo. Isabella Manning proved all week that she was the fastest of the fast, claiming the first go round, the short go as well, and the average and that combination was good enough to also get her the All-Around title. Manning will lead a team that also includes Macey Fillmore who was second, Brylee Smith in third and fourth place finisher Jada Totten.

Jesse Lindsay and Cooper Walker claimed this event which is gaining in popularity each year. A solid week earned them the big points in the average and they also earned their state title because of it. In second was the team of Dawson and Jackson Cummins, while the team of Ally and Devon McDaniel finished third and the team of Boedy Thompson and Wyatt Jensen earned the final national qualifier spot.

Young Riley Barber of Firth saved his best riding of the year for the state finals. He was the only rider to cover both of his rides in the first two go rounds and carried a huge advantage into the short go. He may not have won the short go, but he was the best rider all week and deserves his title. In second was Wesley Pearson while Riley Barg claimed the third spot and Vernon Adams was fourth.

Isabella Manning won the barrels in dominating style and will also be representing Idaho in multiple events at the national finals.