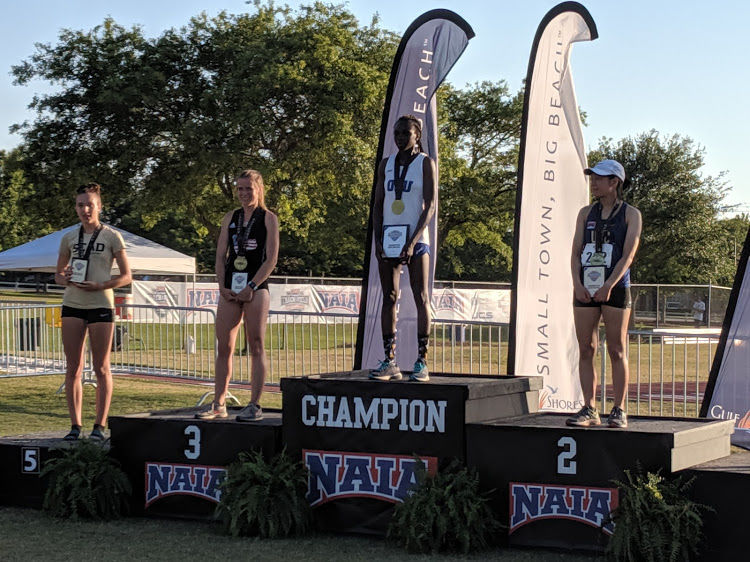 Mindy Kaufman carried home the third place medal in the 5000 meter race and her second All-American designation in her collegiate career. 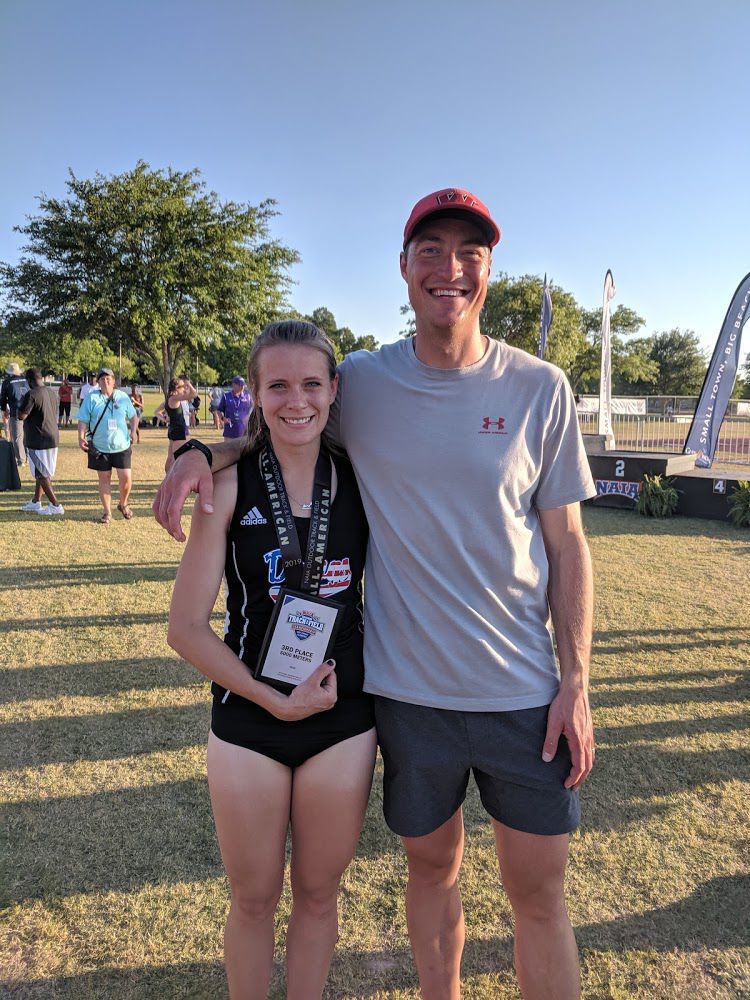 Mindy Kaufman carried home the third place medal in the 5000 meter race and her second All-American designation in her collegiate career.

She went to the NAIA track and field nationals in Gulf Shores, Alabama ranked 14th and anxious about hot weather. The heat showed up but so did Mindy Kaufman who carried home the third place medal in the 5000 meter race and her second All-American designation in her college, athletic career.

Kaufman was a key athlete racing for the University of Montana Western in Dillon, Montana in that school’s fledgling/nascent/emergent cross country and track programs.

“With a new program, we had no expectations to live up to but Mindy realized there were no limits on her success” said Western Coach, Dylan Zitzer.

During an unseasonably cool spring in the northern Rockies, Kaufman layered up in thick garments to prepare her body for the demands of the Gulf Coast, which greeted her with unseasonably hot, humid conditions.

She raced her preliminary 5k in 90 degrees finishing 5th in her qualifying race and securing her ticket to the finals, to be held 23 hours later. She felt at the time that she had not used her reserves. “I was able to sit back and not waste energy it gave me confidence that I could run in that heat and that I was one of the more experienced runners in the pack.”

Sixteen athletes toed the line on May 25 in 94 degree temps. Mindy’s PR (all-time best) for the 3.1 mile distance was 17:48. She looked ready but she’d never competed in such heat nor had she ever raced two, 5000 meter races in 24 hours before.

With a PR of 17:44 going into Nationals, Mindy was able to maximize her strengths in 94 degree temps that took its toll on the other finalists. Coach Zitzer said, “It was kinda like running at altitude because the heat can just wreck you so you need to be careful not too push too hard and blow up.”

Zitzer knew she was ready for the championship race. “She relied on her maturity and she was ready to be relaxed and race her best.” She started with a conservative pace while studying the field. But as the fury of the race increased, Mindy was prepared. Her last 4 laps brought her to a 3rd place finish in a PR 17:32.88.

It is noteworthy that none of the 15 other athletes scored a PR that day when Mindy shed about 1 second per lap of the 12 and a half lap race.

Kaufman’s other All-American designation was in Cross Country. Unlike Track & Field which is a spring sport (outdoors) or winter (indoors), cross country courses are laid out on the hills and natural contours of the landscape in the crisp autumn air.

From her first meet in the fall of her freshman year at Western, Mindy established herself as her cross country team’s top runner. She qualified for Nationals that year, finishing in 141st out of 321. In her Sophomore year, she captured 76th out of 334. Continuing the progress, It was 59th out of 338 in her Junior year.

Then as a senior, she claimed the Frontier Conference Championship on her way to the big dance in Iowa. On a bitter November day in Cedar Rapids, she prevailed in a scrum of 9 racers all sprinting to the line in a 2 second span.

Kaufman finished 25th in a field of 341 athletes. The top 30 receive the All-American designation.

She currently works at Linn Ranch, in Victor where she has spent many summers learning the operation from the office to the kitchen to the horse trails. She still makes time for her daily runs. She will be the women’s cross country coach at Teton High School this fall working with the men’s coach, Caleb Moosman.

Those who know her appreciate her return to Teton Valley. Asked about the miles ahead, Mindy responded, “I don’t see my running career ending here.”