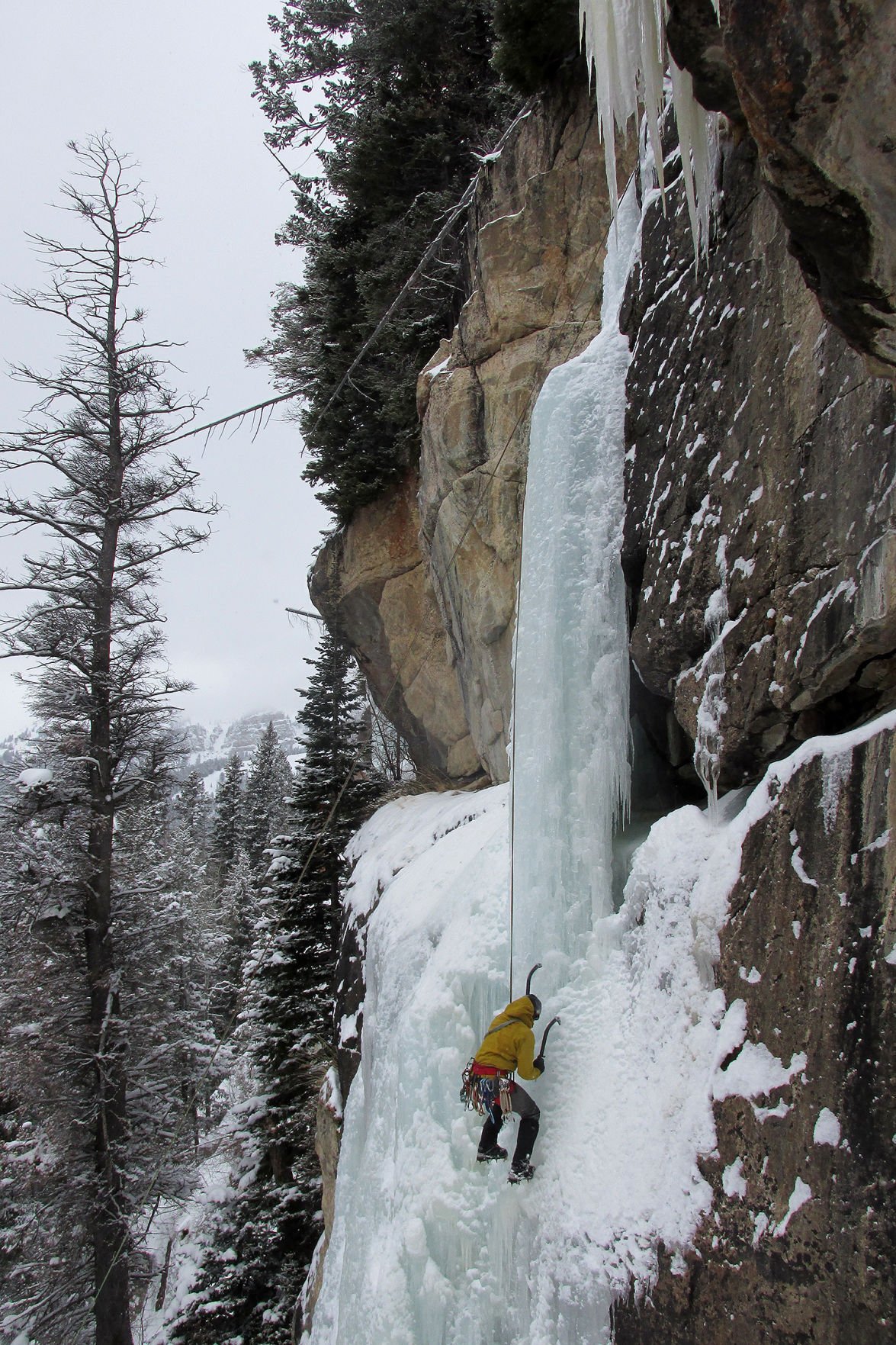 Scott Hurst of Rexburg climbs up a frozen ice flow in Teton Canyon on Jan. 2. 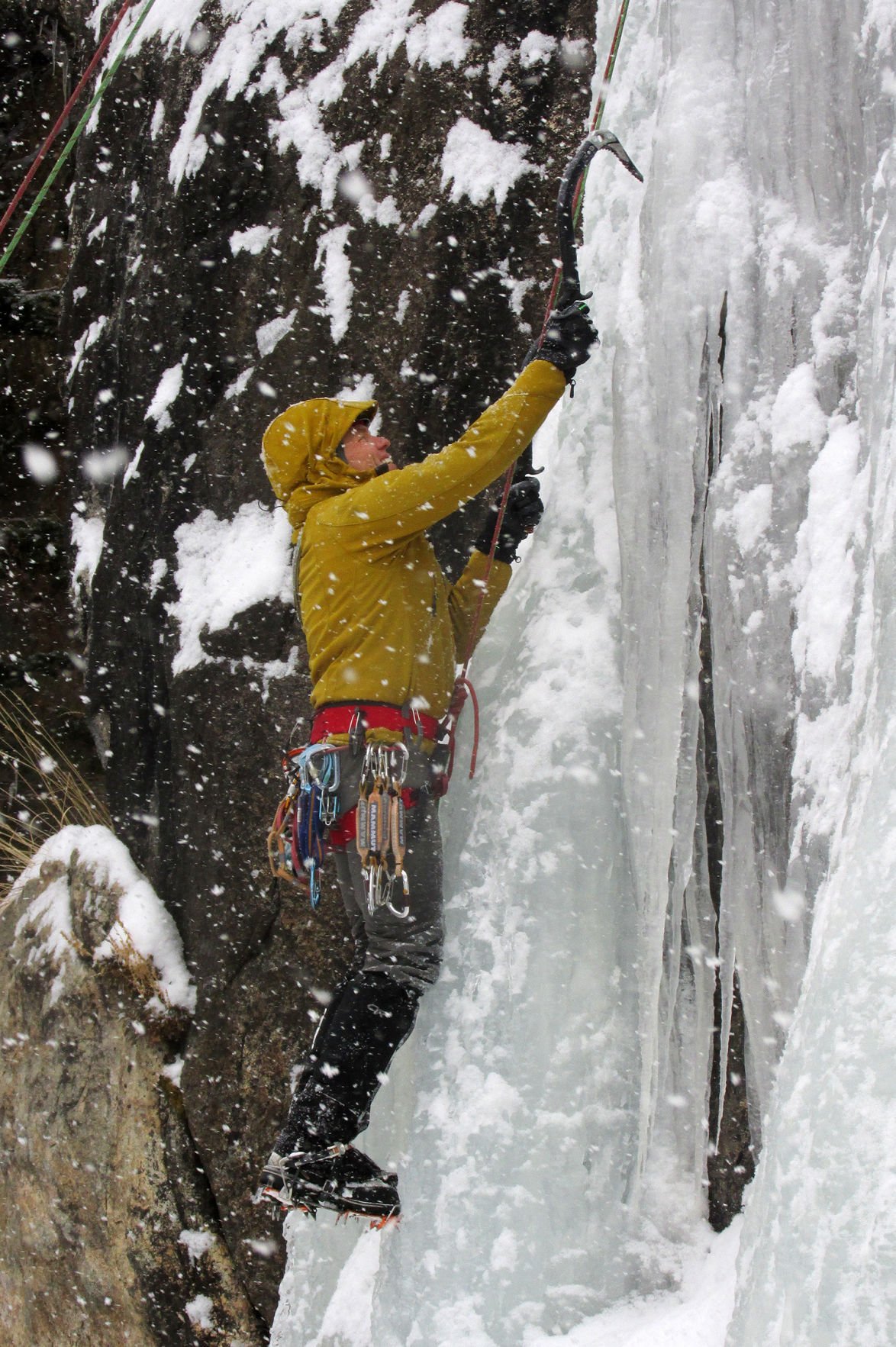 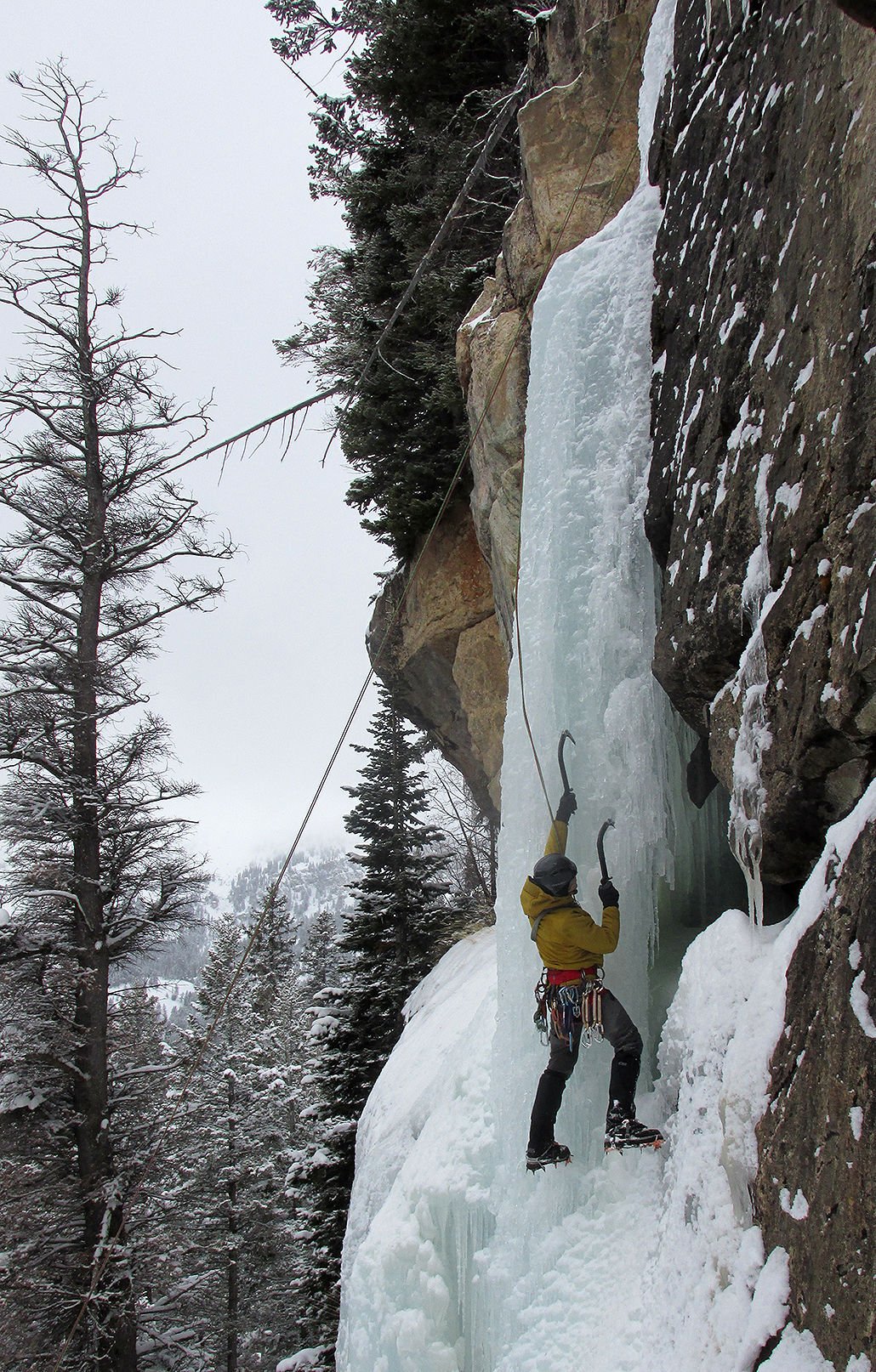 Scott Hurst climbs a section of ice slightly detatched from the rock wall in Teton Canyon on Jan. 2.

Scott Hurst of Rexburg climbs up a frozen ice flow in Teton Canyon on Jan. 2.

Scott Hurst climbs a section of ice slightly detatched from the rock wall in Teton Canyon on Jan. 2.

Ice climbers call it “The Pain” or “The Screaming Barfies.”

It’s a pain that often comes after several minutes of climbing in the cold with arms raised high and a lack of blood flow to warm the fingers.

Men and women will lay in the snow and moan and cry when the blood returns to their cold fingers, nerves in the hands scream in agony as if on fire. Fortunately, the pain subsides after several excruciating minutes with no lasting effects.

“That’s ice climbing,” said one long time climber, “the misery index is much higher than with other types of climbing.”

But for many climbers, the attraction to climb ice scratches the itch to get outside during the winter, to possess more cool gear or to keep in shape during the off months.

“I like being out in nature in the winter, climbing these beautiful formations,” said Idaho climber Sam Roundy on Facebook. “The ice climbing community seems a little more open. ... There is certainly more risk of having stuff fall on you. ...It’s not a bad way to spend a day.”

While the allure of rock climbing seems to be captivating a generation and making its way even into the summer Olympics, ice climbing’s popularity is growing at a more glacial pace, at least in eastern Idaho.

During a recent ice-climbing outing in Teton Canyon, Sheldon Christensen of Idaho Falls gave out a gleeful shout halfway up a frozen water flow.

“I love ice climbing,” he said. “But I have four young kids and don’t get out as much as I’d like.”

Popularity in eastern Idaho is also limited due to access. Another limiting factor is the added equipment required, costing hundreds of dollars more than regular rock climbing gear.

Rexburg ice climbing expert Scott Hurst said his favorite places to ice climb require hours to get to or the need for snowmobiles. Two popular ice climbing destinations include Teton Canyon east of Driggs and Hyalite Canyon near Bozeman, Mont.

“My favorite place to climb hands down is Hyalite Canyon because of the variety and there’s lots of ice,” Hurst said. “The two times I’ve been there this winter, I climbed different stuff than before. It’s fun and engaging. There’s quite a bit in Hyalite Canyon, we’re talking hundreds of routes. Water ice easy to water ice hard.”

The Hyalite Canyon ice climbing guide book boasts of more than 150 ice routes in less than 3 square miles. Each winter, Bozeman offers an ice festival inviting hundreds of climbers for clinics, classes and socializing for most of a week. Sadly, the pandemic canceled this season’s festival.

Because Bozeman is more than 3.5 hours from Idaho Falls. That puts Hurst on the lookout to discover ice flows worth sinking crampons and tools into closer to home.

“Some of my favorite stuff that I’ve been climbing on has been really obscure and stuff that’s around and doesn’t get climbed on much,” he said. “There’s some stuff up Indian Creek. It’s fun, but hard to get too so you don’t go to it all the time. There’s some stuff in the Lost River Range. I’ve been to several, like the north face of Borah Peak.”

Many climbers want to “give it a try,” but experts advise that just like rock climbing, potential ice climbers need to get good tutoring and understand that while there are similarities to climbing rock, ice climbing is a different game.

One of the world’s most famous ice climbers, Will Gadd, said in a recent online blog, “Realize that falling off while leading an ice climb will likely result in a minimum of badly broken leg, ankle, head, pelvis, neck, back or all of this list, and set your mental dial and approach to the day appropriately. It’s not rock climbing …”

With rock climbing, falling is normal, often encouraged when trying hard. The No. 1 rule in ice climbing – at least when leading a route — is don’t fall. Remember that ice climbers have lots of sharp, pointy pieces of metal hanging from their harnesses, boots and in their hands that can go where you don’t want them to should you fall.

“Get some good instruction to begin with, that makes a big difference,” he said. “With your initial experience with ice climbing, it will be hard for you to master the technique. Once you have the technique down it will be a piece of cake.”

The technique involves learning to ascend the ice flow by kicking in front points of crampons and hammering in the picks of your ice tools. One expert ice climber describes it as “kick, kick, swing, swing, repeat.” While it sounds simple, it can be challenging and thrilling at the same time. Different kinds of ice also presents different challenges.

“One thing people do is work harder than they need to at it,” Hurst said. “(Such as) swinging the tool too much, hanging on your arms too much and not trusting your feet.”

Hurst also said people can get into trouble trying to lead routes before mastering basic skills. He recommends that climbers get mentoring from skilled friends, at festivals, such as the one in Bozeman or from guide services.

“The biggest thing with ice climbing is to go with someone who knows what they are doing and appreciate cold fingers and cold toes,” he said.