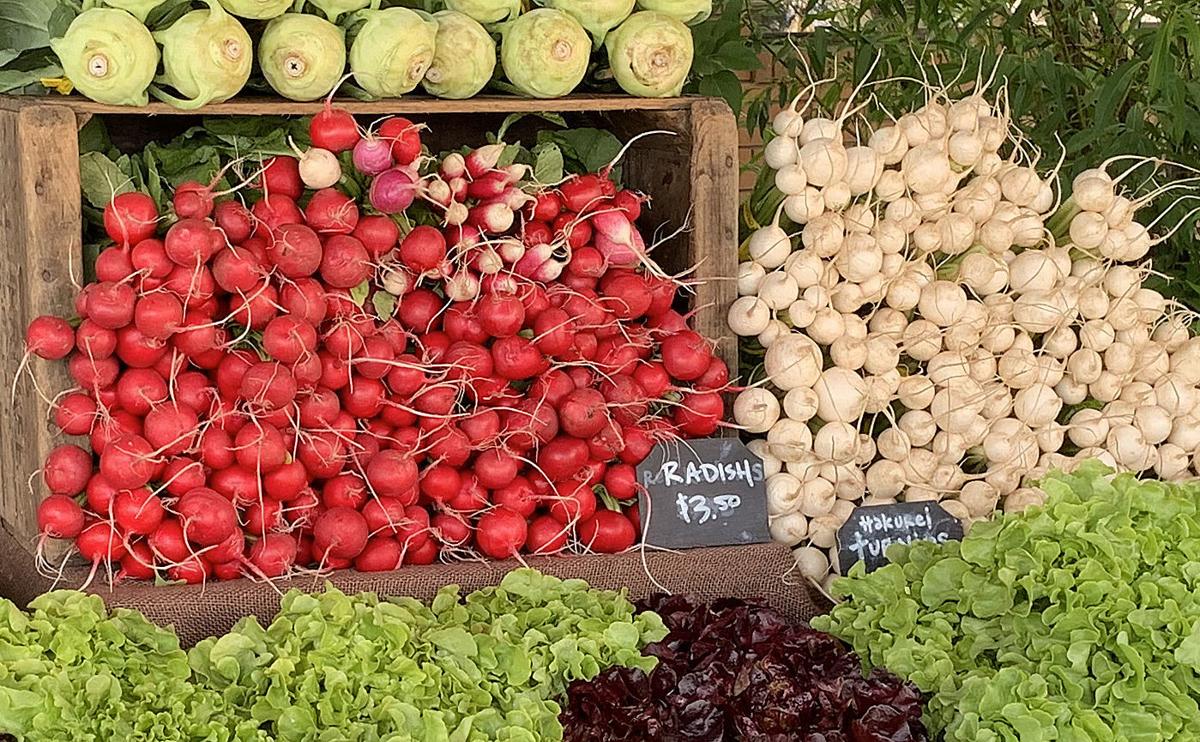 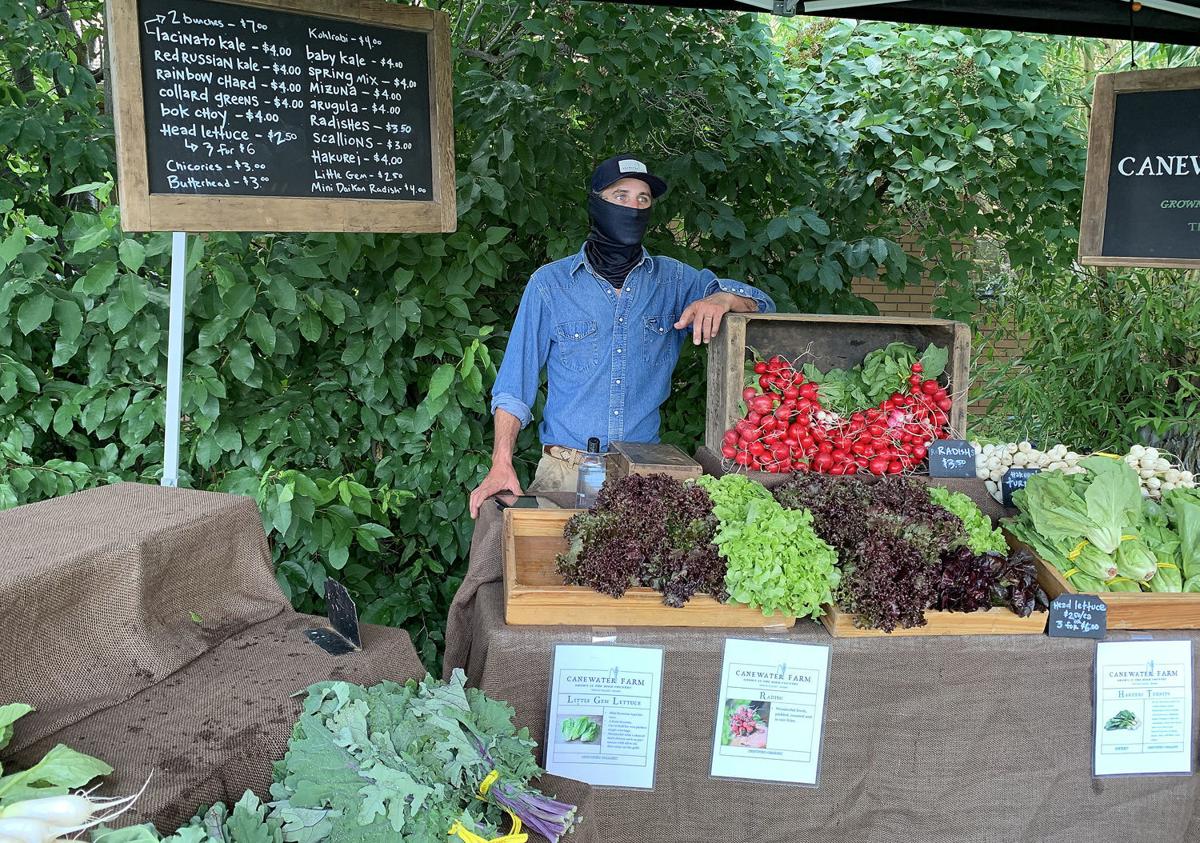 It was the kohlrabi that caught my eye — until Rafe Rivers stood up from behind a substantial tower of crated fresh vegetables yet to be put out on display in his booth. I could tell he was smiling, even behind his Covid mask. “What can I do for you,” he asked holding a bunch of miniature Daikon radishes in each hand.

“When you have a moment, I’d love to interview you for my column in the Teton Valley News...” I began.

“Why not right now while I set up my booth?” he responded, still smiling.

“Swell!” I took him up on his offer as the 9:00 a.m. Market opening was still a bit of a ways off. “What brought you to Teton Valley?”

“I lived in Jackson in the early 2000s when I was a river guide and enjoying life in a beautiful part of the world. I soon found myself falling in love with the community, and knew I would be back someday.

“After leaving Jackson, I moved to the Georgia coast where my wife, Ansley and I started an organic vegetable farm in the small town of Darien. We sold our produce at Farmer’s Markets and restaurants along the nearby coasts of Georgia and South Carolina, and on some of the many great little islands nearby. In addition to our farm, we also had a mill where we ground organic grits and cornmeal.

“Not too long ago, we heard about a farm for sale in Victor. By that time, we had two children, Emmalou and Rowan. We came out for a visit, and knew right away it was the place for us. So we sealed the deal, and have been here for about a year.

“Since arriving at the farm, we’ve been busy putting up two new hoop houses — a must in this climate if you want a full growing season. We also use row covers to protect other crops from nippy nights, the occasional hail, and some pests. As a Certified Organic farm, all our farming methods are natural/non-chemical.”

“How did you come by the name ‘Canewater’?” I asked.

“On several of the islands off the coast where we had our Georgia farm, there were some neat tabby ruins, the remnants of what were once old rum distilleries. There was cane sugar all around, so it was an obvious business in the day. The tabbies were made from crushed oyster shells that had been boiled down into lime.

“As our farm, too, was near sugar cane and near the ocean, the name ‘Canewater’ just came to us.”

“How have the first few Markets here in Driggs been for you?” I wanted to know. (I almost didn’t need to ask as I had been aware of customers flocking to their booth.)

“Going well!” Rafe quickly replied. “In addition to this Market, we also sell to restaurants in Jackson, and we’ll be selling at their Saturday Farmer’s Market on Saturdays as well as the People’s Market on Wednesdays. Here in Driggs we sell to Forage, Warbirds, and Barrels and Bins.”