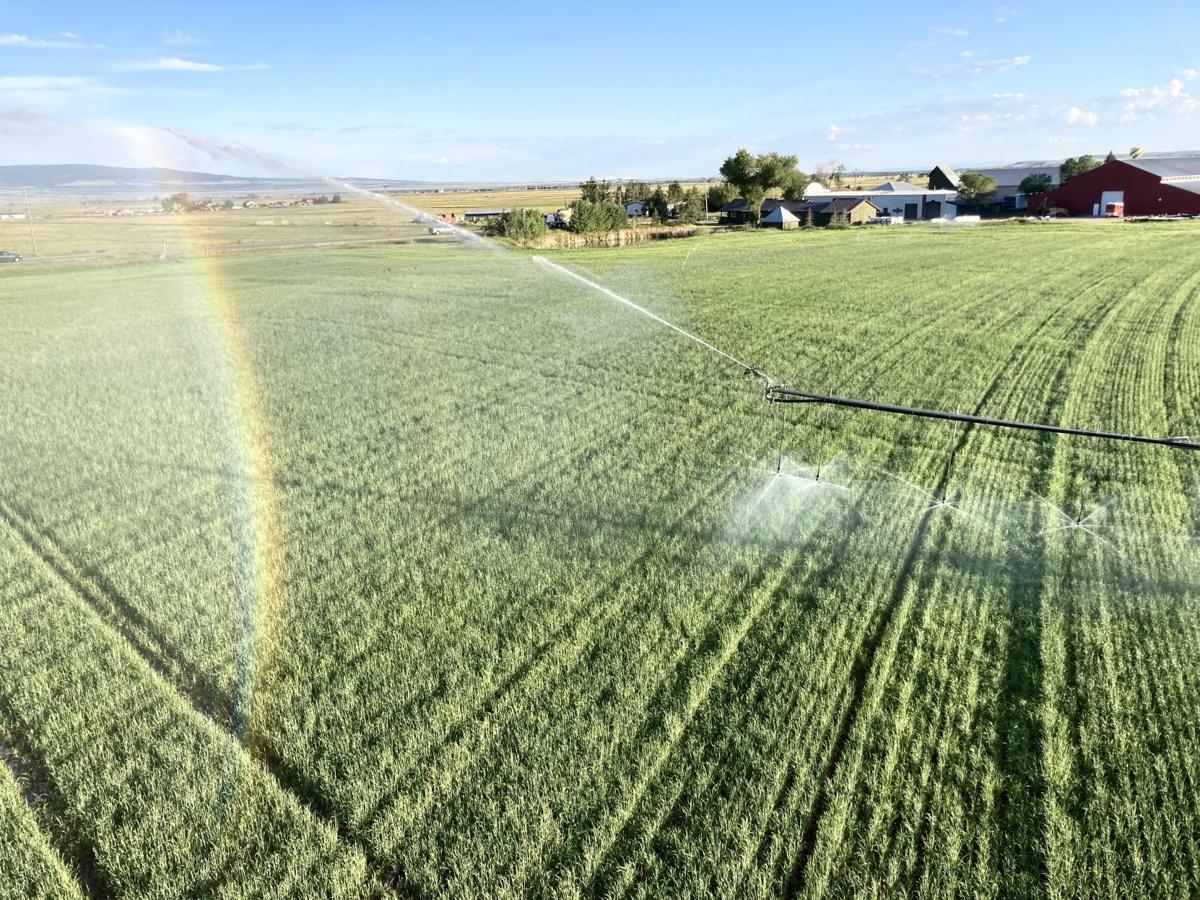 Crops are sensitive to more sun and more heat and are growing at a faster rate, which may make peak demand for water come a little bit earlier. 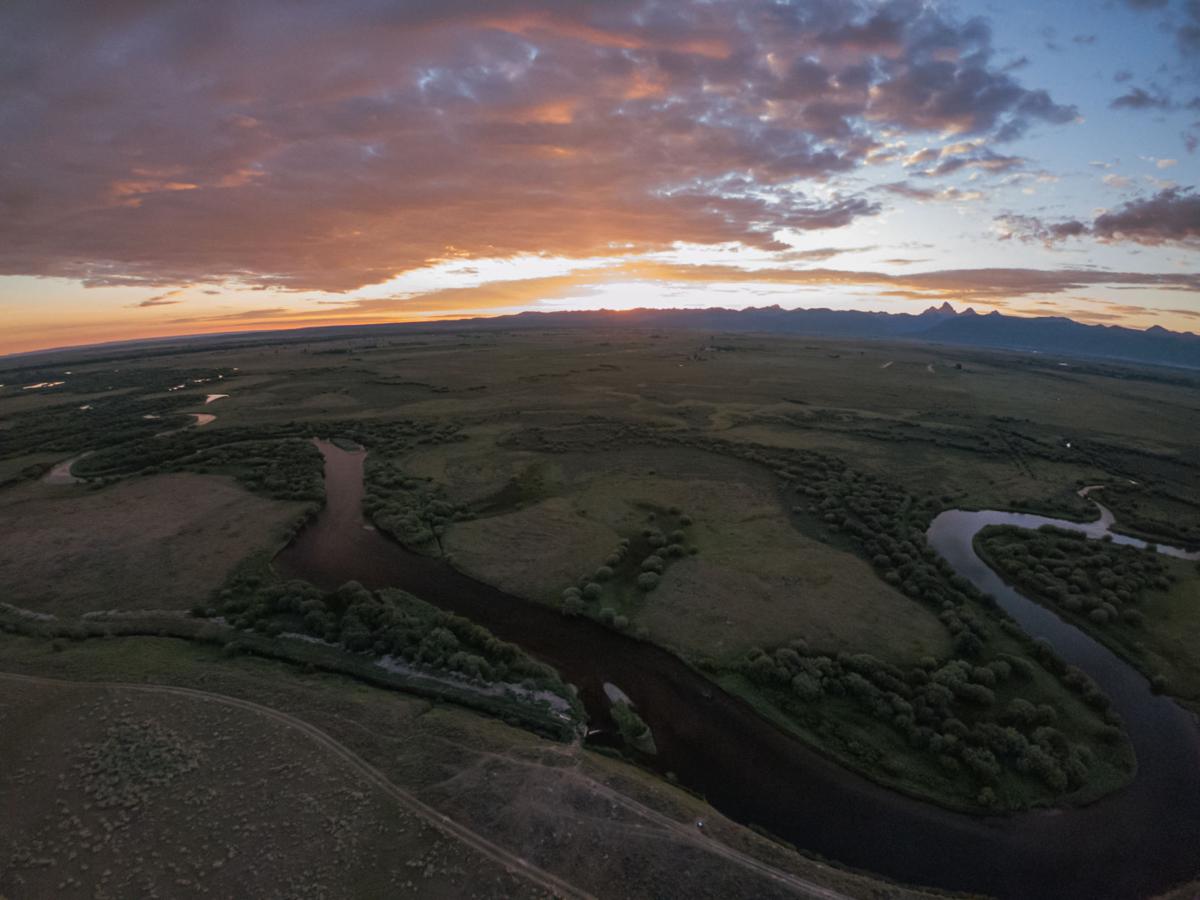 The Teton River snakes down Teton Valley, on its way to the Henry’s Fork and Snake River. 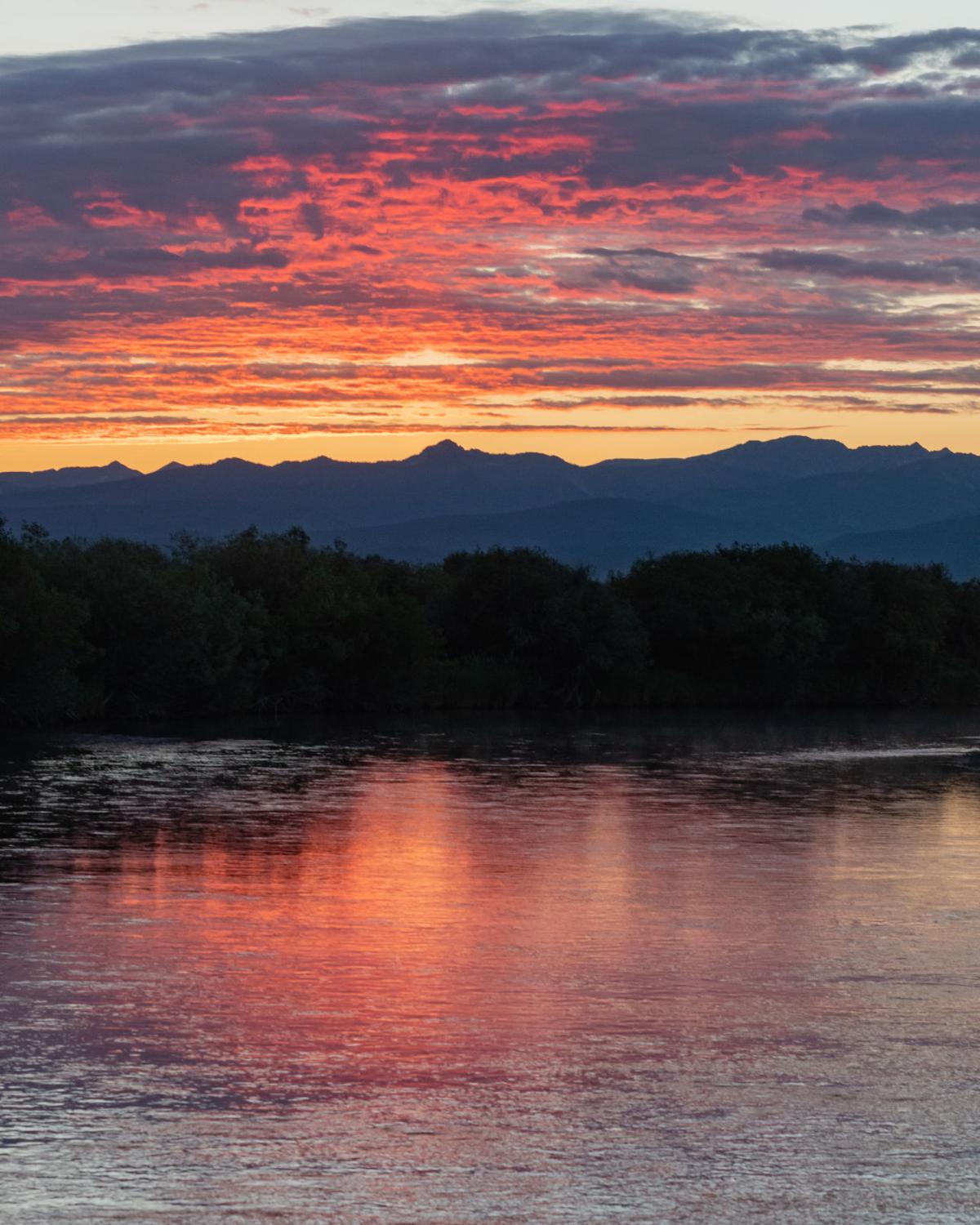 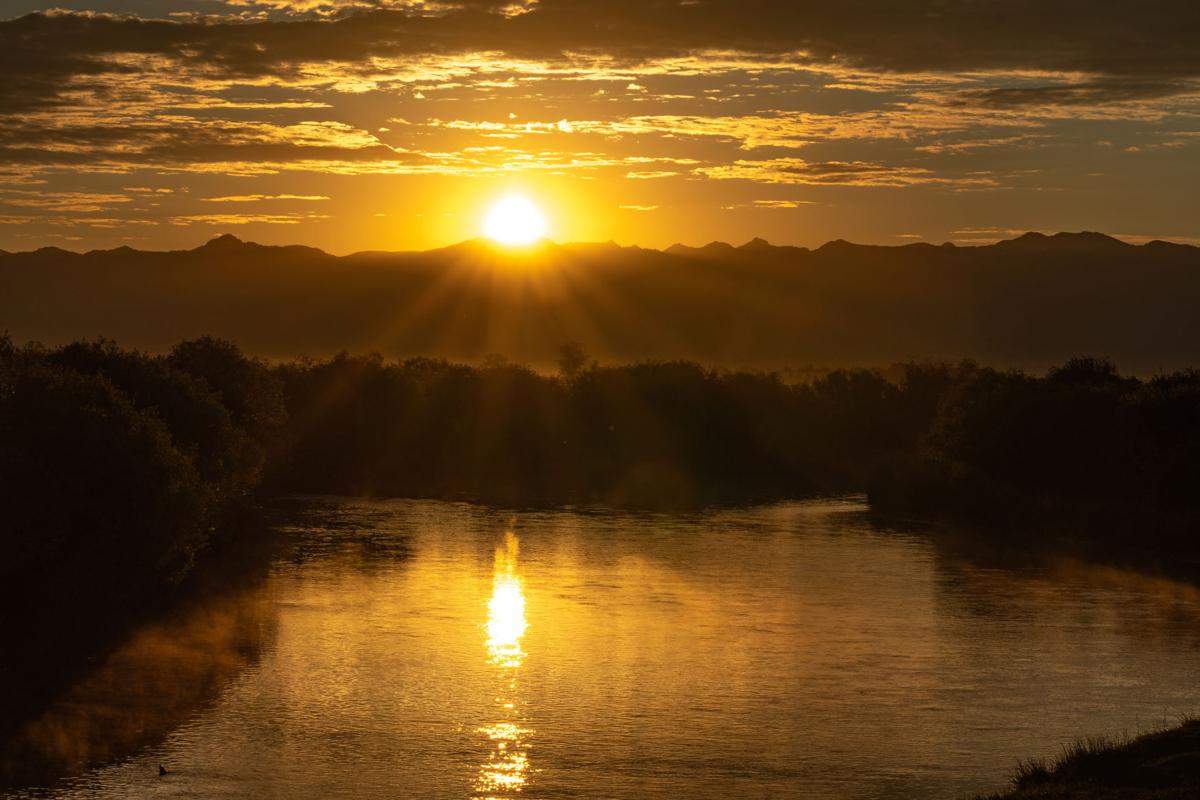 The sun rises over the Teton River. The Teton has experienced severe low flow this summer, currently at 30% of average natural flow according to Dr. Rob Van Kirk of the Henry’s Fork Foundation.

Crops are sensitive to more sun and more heat and are growing at a faster rate, which may make peak demand for water come a little bit earlier.

The Teton River snakes down Teton Valley, on its way to the Henry’s Fork and Snake River.

The sun rises over the Teton River. The Teton has experienced severe low flow this summer, currently at 30% of average natural flow according to Dr. Rob Van Kirk of the Henry’s Fork Foundation.

Farmers first to feel the effects of a hot and dry summer, early snowmelt

Our most precious resource is becoming much more valuable this summer in the Tetons.

A dry early spring turned hot very quickly, with very sporadic rainfall accompanying near-record temperatures in June. This in turn made the high-alpine snowpack disappear in a number of weeks.

Everywhere in Teton County, minus some extreme southwestern portions, are classified as at least ‘Abnormally Dry’ by the US Drought Monitor. All of the eastern half of Teton County is classified as ‘Moderate Drought’.

Many around the county have been working hard to make sure our streams and rivers will continue to serve the residents, farmers, and recreationists.

Amy Verbeten, executive director of Friends of the Teton River, explained that while you may be seeing green grass now, the problem lies in what will happen later on this summer.

“At this time of the year it’s hard to understand just how deeply in drought we are,” said Verbeten. “It’s really a grim picture. Anybody who knows water, soil, or crops is really worried about what July and August are going to bring us this year.”

People are more likely to perceive drought conditions during the hot summer months, but what happens across the winter has just as much of an influence on how available water is during June, July, and August.

“What we rely on in this valley is the snowpack,” said Verbeten. “The water held up there is going to influence our streamflow, our soil moistures, and our ability to irrigate throughout the summer.”

The health of our snowpack is in dire straits right now, according to Verbeten.

“Basically, as of now, that snowpack reservoir is empty. We’re talking record or near-record low snowpacks,” said Verbeten. “Our runoff hit its peak weeks earlier than it should have.”

“The snowpack wasn’t even all that great, it was somewhere in the neighborhood of 85% of normal,” said Van Kirk.

“The Teton River drainage did slightly better, it had the most snow of anywhere in the watershed,” he continued. “But as you saw... It melted in a hurry.”

Van Kirk put it into perspective well when looking up at the Teton Range.

“The Tetons look like they usually do in August,” said Van Kirk.

He attributes this to April’s record low precipitation, something June also did in addition to setting a new record for heat.

The periods for these records go back to 1989, and conditions are monitored via 12 weather stations placed throughout the watershed near its average elevation.

Where do we get our water then if you look up at the mountains and there is no snow? The answer lies right under your feet.

Both Friends of the Teton River and the Teton County Soil Conservation District are involved with aquifer recharge, a process that stores water naturally underground. Rain and snowmelt are supplanted by irrigation practices, drainages, and canals.

Verbeten talked about how those in agriculture are holding up their end of the bargain.

“Farmers and ranchers are doing their part by actively recharging water and switching over to highly conservative irrigation practices,” said Verbeten.

Lynn Bagley, president of the Teton County Soil Conservation District and a local farmer, talked about how farmers like him are contributing to these efforts.

“As far as the conservation district is concerned, we encourage the different water user groups and different irrigation companies to recharge whenever they can,” said Bagley. “We recharge through the old canal system as much as we can early in the season.”

Farmers not only play the biggest human role in aquifer recharge, the main tool for water storage in the valley, but are also the ones that need water the most.

Another complicating (and complicated) factor is that local farmers don’t have the first right to use the water that you see flowing down Teton Valley. Under Idaho Water Rights Law, senior rights holders have the right to use water first in a shortage.

In the Henry’s Fork drainage and across the upper Snake River basin, the senior rights holders are found well downstream. Farmers in Teton Valley have junior water rights, meaning they have to divert the water downstream instead of being able to use it.

This summer, the calls from senior rights holders have come well earlier than normal according to Van Kirk.

“The water rights priority is at 1895 right now. Any water user with a water right that’s claimed after 1895 doesn’t have a right to divert natural streamflow. On average for this time of year priority would usually be 1906,” said Van Kirk.

“There are a large number of rights holders between 1895 and 1906,” he said. “That’s a real indicator for us as to just how low streamflow is. A lot of people don’t have water rights right now.”

Bagley told of how farmers are limited in their options after those senior water rights holders call.

The Island Park Reservoir, well downstream, is the closest reservoir not blocked by mountains to Teton Valley. Ingeniously, the Cross Cut Canal was built which transfers water to the Teton River and subsequently to downstream farmers.

This can take some of the burdens off of the Teton River, and provide a more stable supply for senior rights holders. With some of those water needs taken care of by the reservoir, it means farmers in Teton Valley can use more of the water that originates in the Teton River drainage.

“The only possible good thing is that maybe some people are growing lower valley crops and deciding it’s not worth renting storage and that would keep diversion down a bit.”

Van Kirk also mentioned that crops are sensitive to more sun and more heat and are growing at a faster rate, which may make peak demand for water come a little bit earlier.

Teton Valley residents are not immune to these water shortages. The farmers and recreationists depend on the actions of everyone living in the valley, not just their own decisions.

Residential wells are dug into and source water from the aquifer underneath our feet, sometimes undermining the efforts of the aquifer recharge project.

“Every single well in this valley draws out that water,” said Verbeten.

Residents can conserve water by watering deeply but infrequently, preferably during the morning or evening. Grass should also be kept a little longer to give the ground more shade, and plants should be watered at the bare minimum amount they need.

“We’re all going to have to do our part to be as water conservative as possible during these dry months,” said Verbeten.

Bagley echoed this need for cooperation.

“It’s all about working together, even in a good year,” said Bagley. “In bad years we really gotta share.”