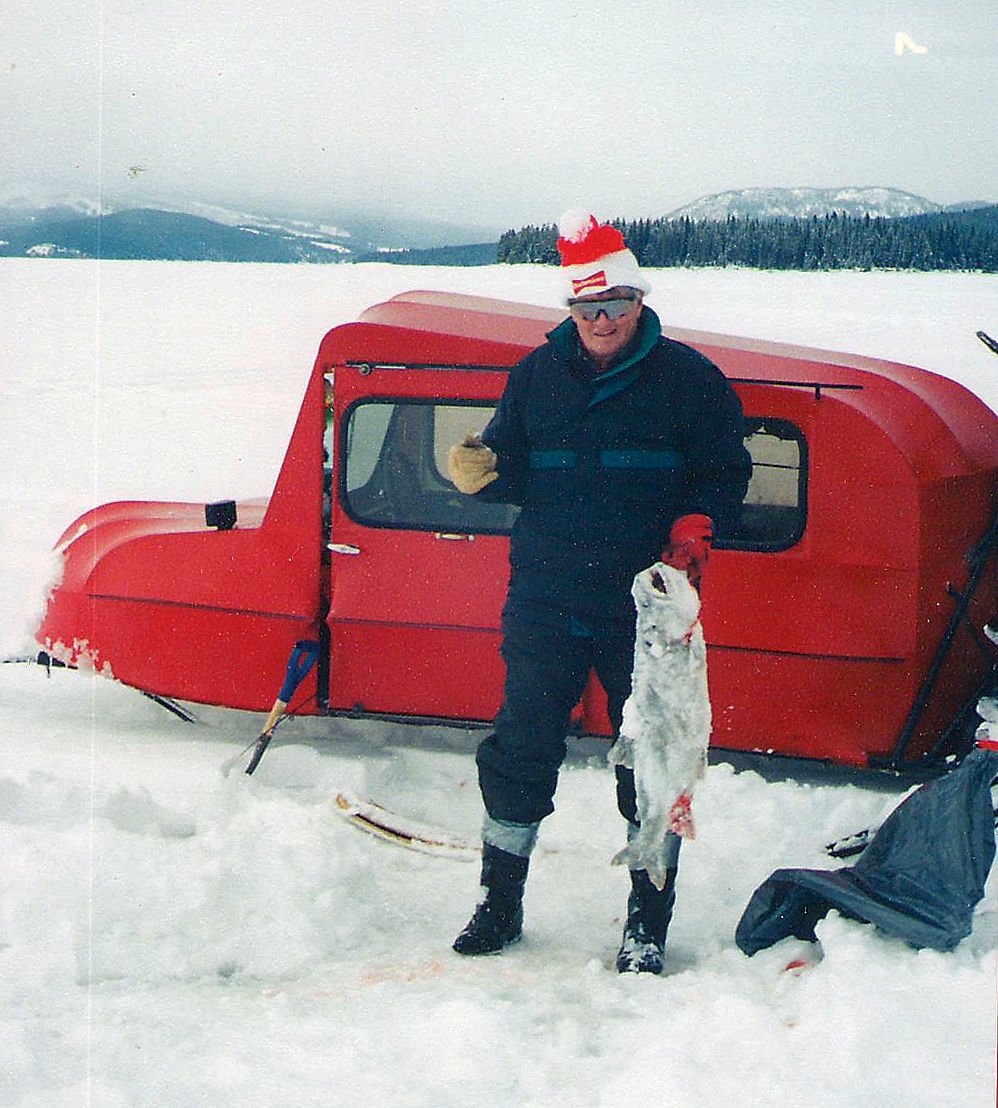 With his signature thumbs up, Robson shows off bounty from Jackson Lake. 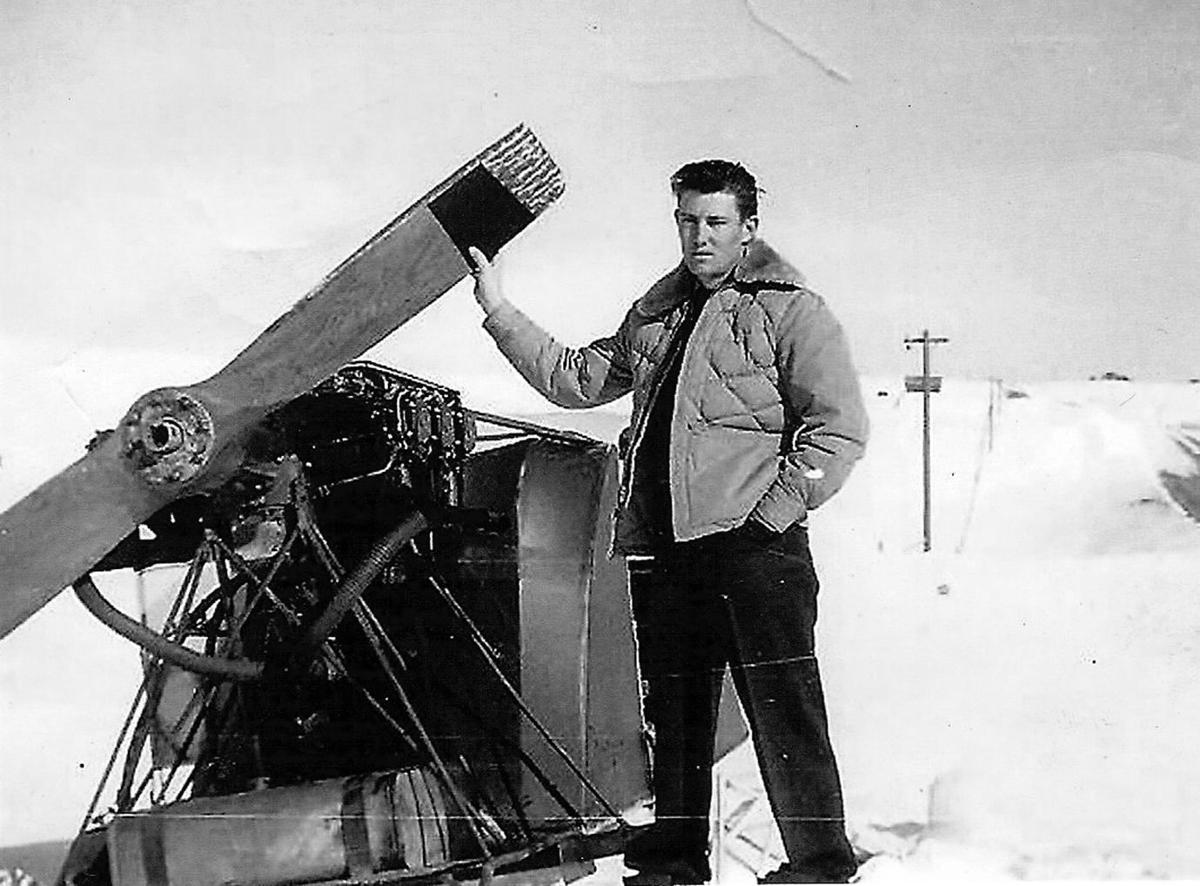 Dale Robson poses with the first snow plane he ever built back in the late 40’s. 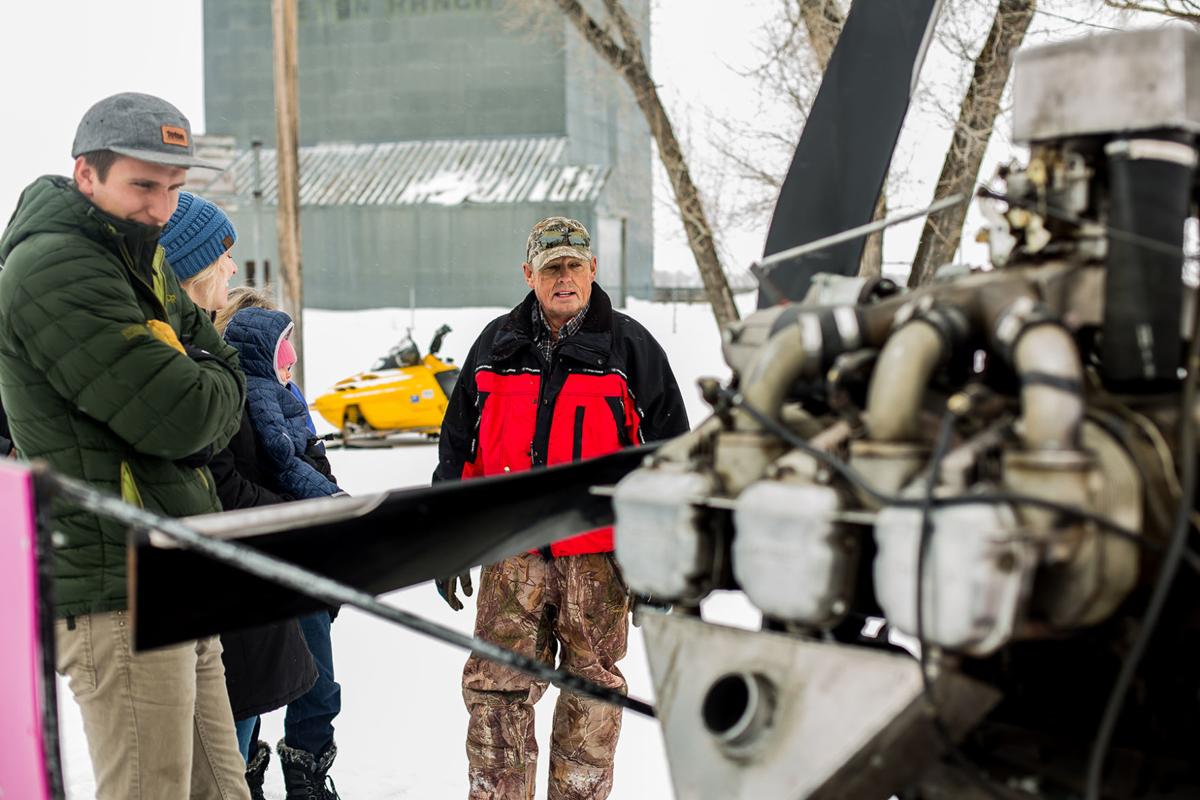 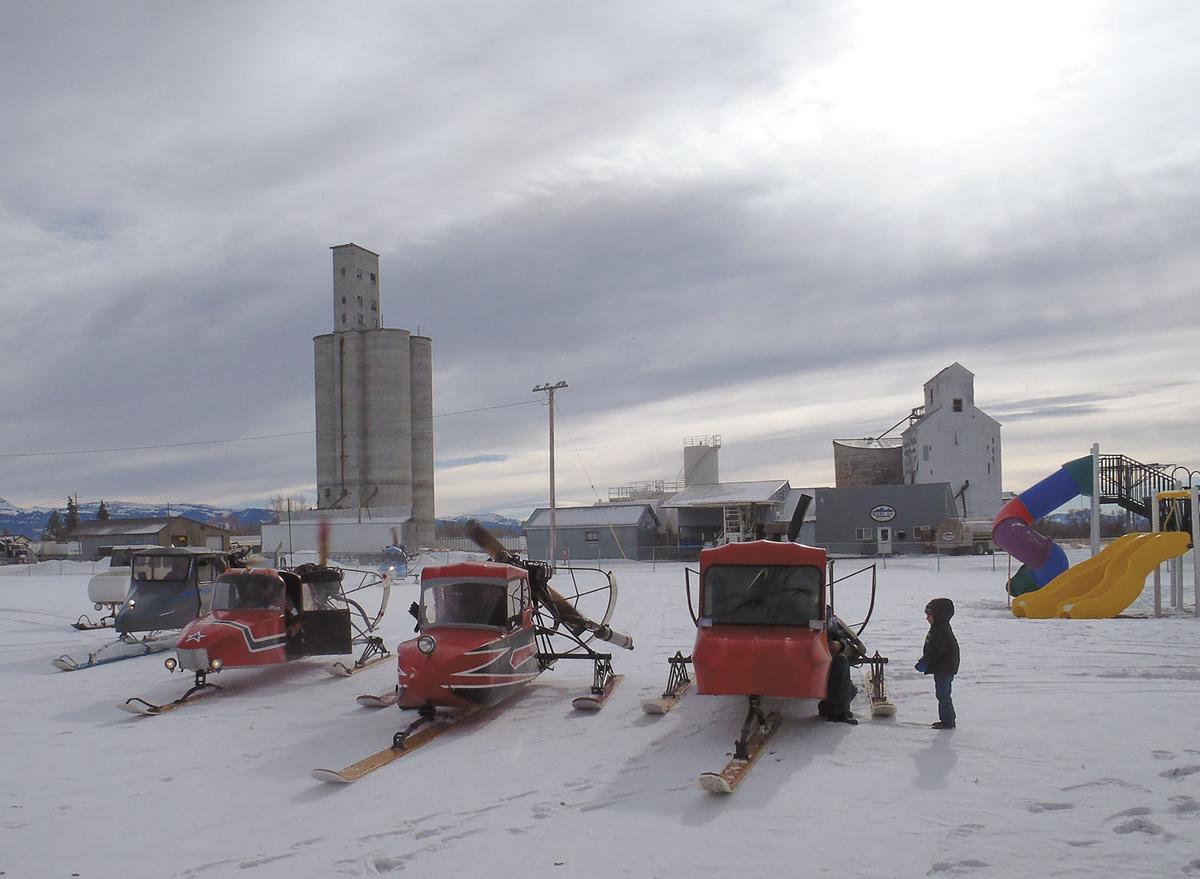 Access is everything at the rally that will be hosted on Saturday, Jan. 18.

With his signature thumbs up, Robson shows off bounty from Jackson Lake.

Dale Robson poses with the first snow plane he ever built back in the late 40’s.

Access is everything at the rally that will be hosted on Saturday, Jan. 18.

Snow planes don’t have wings, but they do have the serious horsepower of historical significance in Teton Valley, spanning many generations that each have their own tale to tell about what was like to pilot their crafts across Jackson Lake before being kicked out of Grand Teton National Park after the winter of 2002.

Area snow plane pilots will gather Saturday, Jan. 18 from 9 a.m. until noon in the Tetonia City Park for the Dale Robson Memorial Snow Plane Rally. It will be a time to showcase the custom planes that were once used to get around the valley during the winter and then used for recreation over the past four or five decades.

A Teton Valley native who built many planes over the course of his lifetime, Dale Robson was motivated by necessity at first to craft something that would get his family to and from their house located at the north end of the valley during winter months.

In 1948, Dale went fishing on Jackson Lake with Red Peterson, the caretaker at the Signal Mountain Lookout. The two rode on Peterson’s snow plane to access the lake, and it made quite an impression on Dale. He came home and started building one of his own, according to Brent.

Powered by a Lycoming or a Continental aircraft engine and sometimes a Chevy 350 or some other automobile engine, the snow plane chassis was built with electrical conduit and covered with aeronautical grade nylon that’s layered with lacquer and paint in the final stages. The chassis and engine sit upon three skis that are generally made from ash boards that are covered with a variety of materials.

Robson was one of many men in Teton Valley who built custom snow planes, each a little different than the last. Though there may be some debate as to who’s was the fastest or the best looking, Daryl Zohner of Driggs probably built the most snow planes. Zohner doesn’t still have all the planes, but he’s got a photo album that catalogues each one he built over the years. One glance, and he can tell you who he built it for.

Zohner bought a brand new snowmobile in 1987, but that was the same year he built his first snow plane. With its sheltered cockpit that had room to stow a propane heater and the ability to haul an auger that was necessary to get through the ice, Zohner’s new snowmobile sat idle in the garage. With the weight of the snow plane and everything in it spread out over the three skis, the weight distribution was favorable to anything else.

The Zohners and the Robsons joined many other families over the years to ride snow planes on Jackson Lake in order to fish for the fatty Mackinaw that smoked up real nice.

Locals organized a group called Save Our Snow planes and raised more than $70K that went toward attorney’s fee to try and fight their way back onto Jackson Lake.

The Zohner family wrote a letter.

“We have consistently followed park regulations,” the letter read. “Our planes have been tested for noise levels by rangers for the last several years. We have personally built and modified our planes to meet the criteria set by rangers at Jackson Lake and we are willing to meet other reasonable regulations.”

In the end, the fight against the national park was lost, and snow planes were removed from Colter Bay. Some trailered their planes to Pinedale to fish Fremont Lake, but it would never be the same for those who grew up fishing in the winter beneath the majesty of the Tetons.

While many of snow planes gather dust in the sheds and barns across Teton Valley, there are a few dozen that are still operable and some that are still in excellent condition.

In order to try and preserve the heritage of the pioneers who built and used snow planes, an exhibition of these unique vehicles is being held this Saturday, Jan. 18 from 9 a.m. until noon in the Tetonia City Park where hot chocolate and donuts will be provided. Raffle prizes and Snow Plane swag will also be available for purchase.

If you are interested in participating in this event, or if you have any questions, please call 208-456-2249 or email clerk@cityoftetonia.com.

This story first appeared in print in 2014, but the history remains the same. Information has been updated for publication.