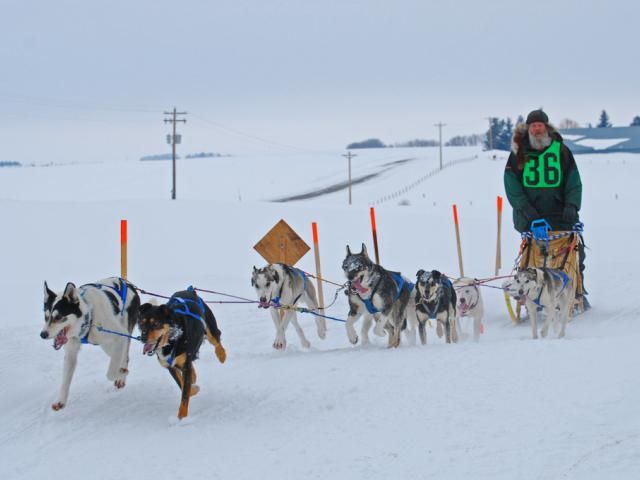 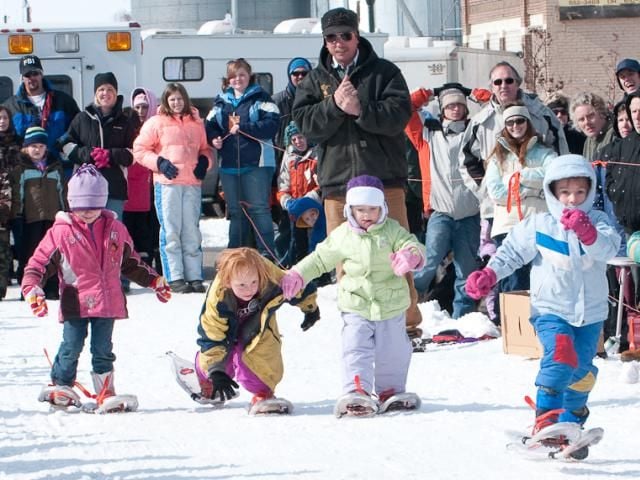 The American Dog Derby, the oldest dogsled race in America, is back this weekend.

The races kick off Friday, Feb. 19 at 8:30 a.m. in downtown Ashton, Idaho. They range in length from the 92-mile “Tud” Kent Race — named after the one of the race’s founders — to the four-mile skijoring race (think person on nordic skis, getting pulled by a dog or two).

This year’s snowpack is stronger than last winter’s, when a worrisome ice crust atop the snow made the race organizers call off the competition.

Chet Kendell, one of the race promoters, said that even if the snow levels weren’t as good as they could be, they could still move the start of the race to the east of town into deeper snow. After all, he said, it’s how people used to move goods around 100 years ago.

“The only way to get goods and people back into some of these areas like Squirrel and Darby was by dog sled,” Kendell said. “Dog sled races were the natural offshoot of the climate and culture of this region. You didn’t have to go to Alaska for long, cold winters.”

As of last week, the American Dog Derby had over 20 racers signed up, including professionals and amateurs, and were expecting another 20 to sign up by racetime.

In addition to real sled dogs and mushers in real races (competing for prize money), there are other events happening at the same time.

At 10:30 a.m. on Friday and Saturday, the celebrity race kicks off, usually involving local politicians and news media hopping onto sleds with little prior knowledge of the sport.

“We help them so they’re not a complete catastrophe,” Kendell said. “But with dogs you don’t have reigns. We tell them it’s all in their capacity to project the force of their voice.”

For the kids, the snowshoe race is Saturday at 11 a.m.

And not all of the dogs in Ashton will be light and fast, or pampered purebreds. The annual Mutt Race is Saturday at 11:30 a.m., and the Weight Pull is at 1:00 p.m.

For those looking for more than just mutts, live music and tastings of locally made soups ($2) will happen at the Ashton Community Center at 5 p.m. on Friday.

Take Highway 33 north, past Tetonia and then turn right onto Highway 32. Follow Highway 32 until reaching the east side of Ashton, and turn left toward downtown. The race area is on the north side of Main Street, near the train tracks.

Keep your ears pricked for

Lead Dog: dog(s) running in the lead. Must be intelligent and fast.

Swing Dog: dogs behind leaders that help “swing” the team.

Wheel Dog: dogs closest to sled. Must be very strong to pull sled around corners.

Team Dog: any dog on the team that is not mentioned above.

Dog Bag: gear bag on sled large enough to carry dogs along with all kinds of mandatory race gear

Dog in Basket: carrying an injured or tired dog on the sled

Handler: a much-needed assistant to the musher

Gang Line: main rope that all dogs are connected to, usually made of polyethylene, nylon and/or cable

Snow Hook: a claw hook attached to the sled that plows into the snow to hold the team

“Come Haw”, “Come Gee”: Command to turn the team 180 degrees in either direction

“On By”: command to team to pass another team or obstacle in path

Staging: bringing a dog team to the starting line of a race

Brake: a toothed mechanism on sled that mushers stand on to slow the team down

“Line Out”: Command to lead dog to hold the team straight. Used while hooking up dogs

“Trail”: request to other mushers for right-of-way on trail

Alaskan Husky: a cross of several northern breeds with needed endurance of the sport