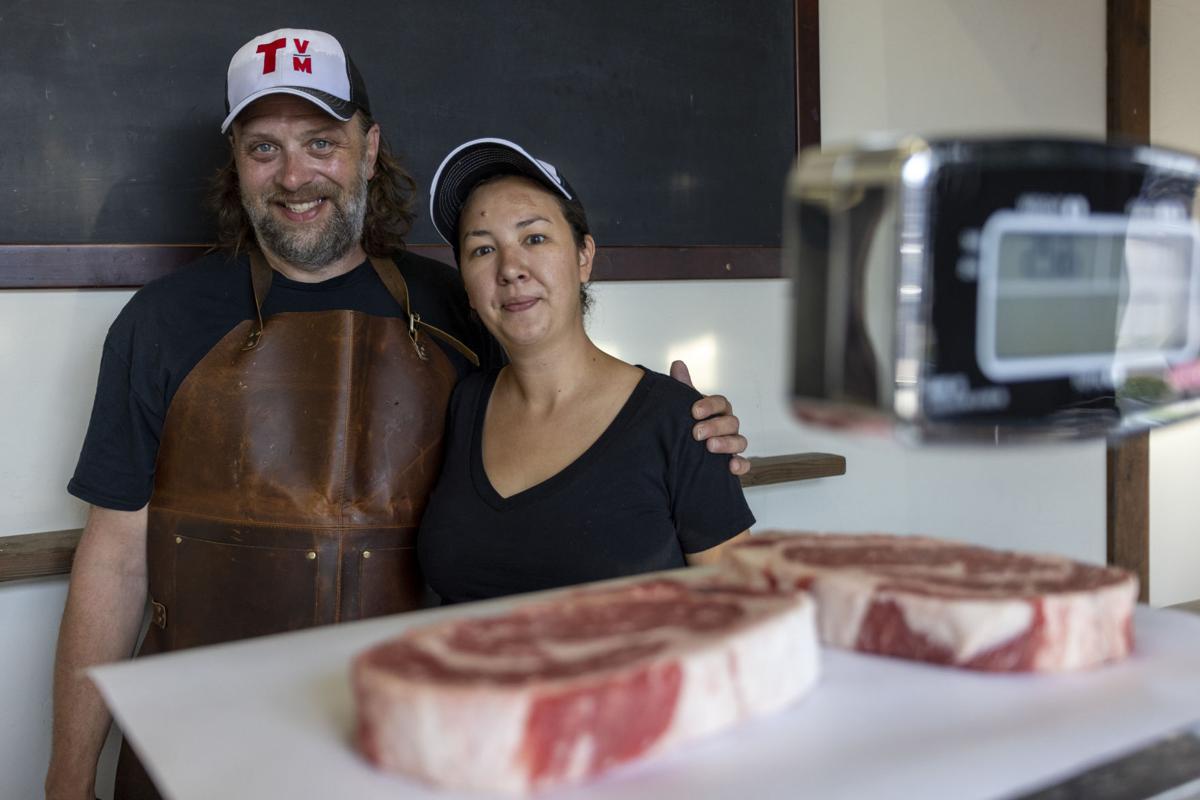 Butchers Mike Grogan and Veronica Maxwell pause for a second while preparing for opening day at Teton Valley Meats on July 16. 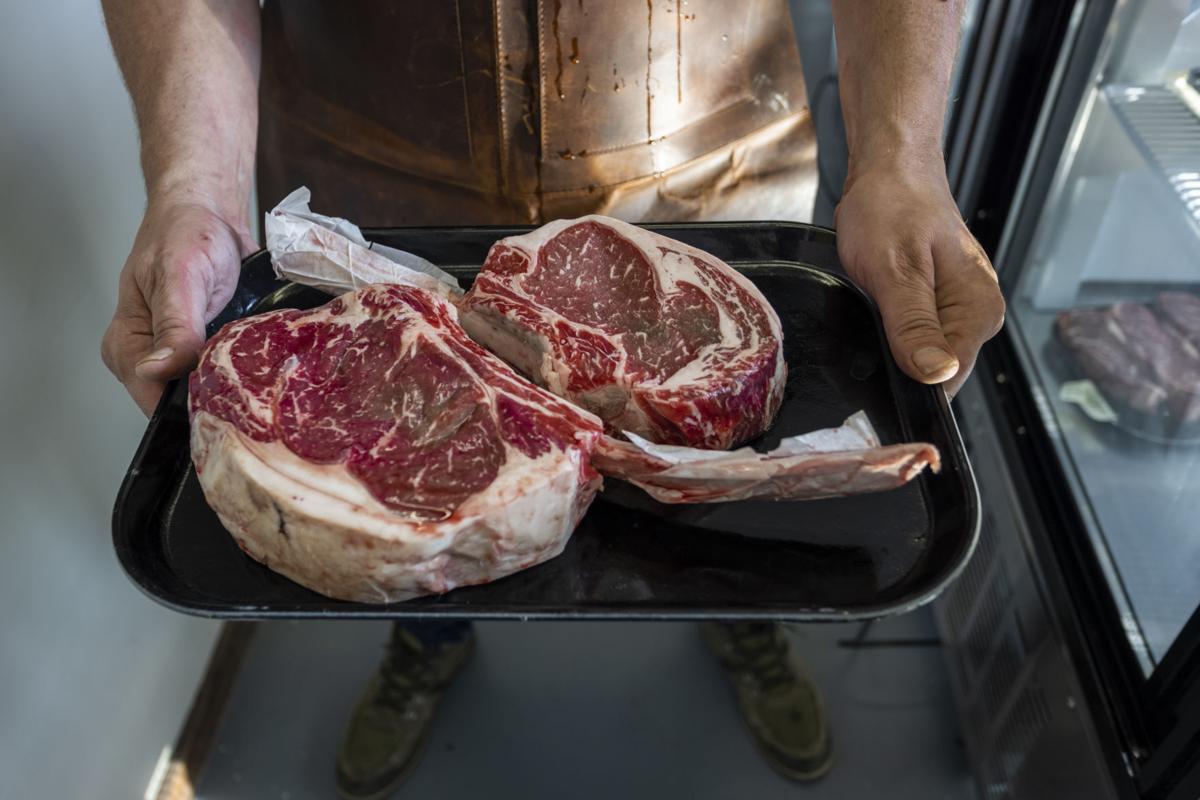 Butchers Mike Grogan and Veronica Maxwell pause for a second while preparing for opening day at Teton Valley Meats on July 16.

Two former executive chefs are bringing their culinary talents and discerning taste to the old creamery building in Driggs with the launch of a butcher shop and (eventually) deli, Teton Valley Meats.

Veronica Maxwell and Mike Grogan, both of Cincinnati, OH, have decades of experience managing kitchens.

During a ten-year stint in Hong Kong, Maxwell said she and a coworker had considered opening a butcher shop, but rent was too high there to be feasible. Grogan got out of restaurants around four years ago to take his dream job selling beef, but Covid cut the legs out from under that opportunity. Together they hit the road on a cross-country trip, trying to figure out what the future looked like. Victor, where a good friend lived, was their turnaround point, but like so many others, the couple fell in love with Teton Valley.

“We heard a lot, it’s difficult to get good meat here,” Grogan said. “It’s not Broulim’s fault—grocery stores are not designed to age meat, they’re supposed to get it in and send it out. Specialty shops can take that time. We realized there was a niche here and started dreaming.”

“I’ve worked a lot in French cuisine, so I’ve done charcuterie, confit, curing—as soon as Mike mentioned it, I started thinking about it again,” Maxwell said.

Grogan and Maxwell have established relationships with Late Bloomer Ranch in Driggs and Triangle S Livestock in Rexburg, with the goal of only selling meat from animals that lived well and died humanely.

“We’re really particular on processing,” Grogan said. “We do not want the cows or pigs to be stressed. Stress means bad meat and it’s not pleasant for the animal. The ranchers we’re working with are really passionate about that.”

They looked around for appropriate commercial space, then contacted Driggs community development director Doug Self. He had the perfect spot in mind: the stucco building on the corner of Depot and Main, which had formerly housed the city building and fire station, a creamery, and most recently an ice cream and coffee shop. Self put Grogan and Maxwell in touch with the landlord, and they secured the spot.

“The city and TREC [Teton Regional Economic Coalition] were paramount for us to be here,” Grogan said. “Everyone was so helpful and excited.”

That helpfulness didn’t end once the lease was signed. The couple fielded constant offers from residents who were giving away prep tables or offering up loaner ladders. “People talk about Midwest friendliness, but it’s just ridiculous here,” Maxwell said.

They’ve spent the last three months knee-deep in work prepping the space. “We decided to bootstrap it,” Grogan said. “We didn’t take out loans, we didn’t want to be in debt, we just took our savings, and that’s why we’re slow rolling it.”

Teton Valley Meats had a very soft opening on July 16, with minimal inventory and an expectation of selling out by the weekend. They reopened on July 20 with normal hours (10-6 Tuesday through Friday, 11-5 Saturday, and 11-3 Sunday, but that schedule could change depending on demand). For now, they have cuts of beef and custom pork sausages with flavor combinations like jerk chicken and mango or jalapeño cheddar. Once some more key pieces of equipment arrive, they plan to start offering sandwiches. Down the line, they’ll be curing meat for prosciutto, salami, and pastrami, dry aging in-house, looking at other animals like lamb, duck, and game, and bringing in shelf-stable local products like condiments, pickles, and fermented goods.

“We’re growing as we go,” Maxwell said. “We have ambitious plans and we’re always looking for feedback. People have been very receptive to that and willing to tell us what they want. This is going to be a learning curve for us, and hopefully it works out.”

For more information on the butcher shop, visit tetonvalleymeats.com or find them at 80 N Main Street, Driggs.