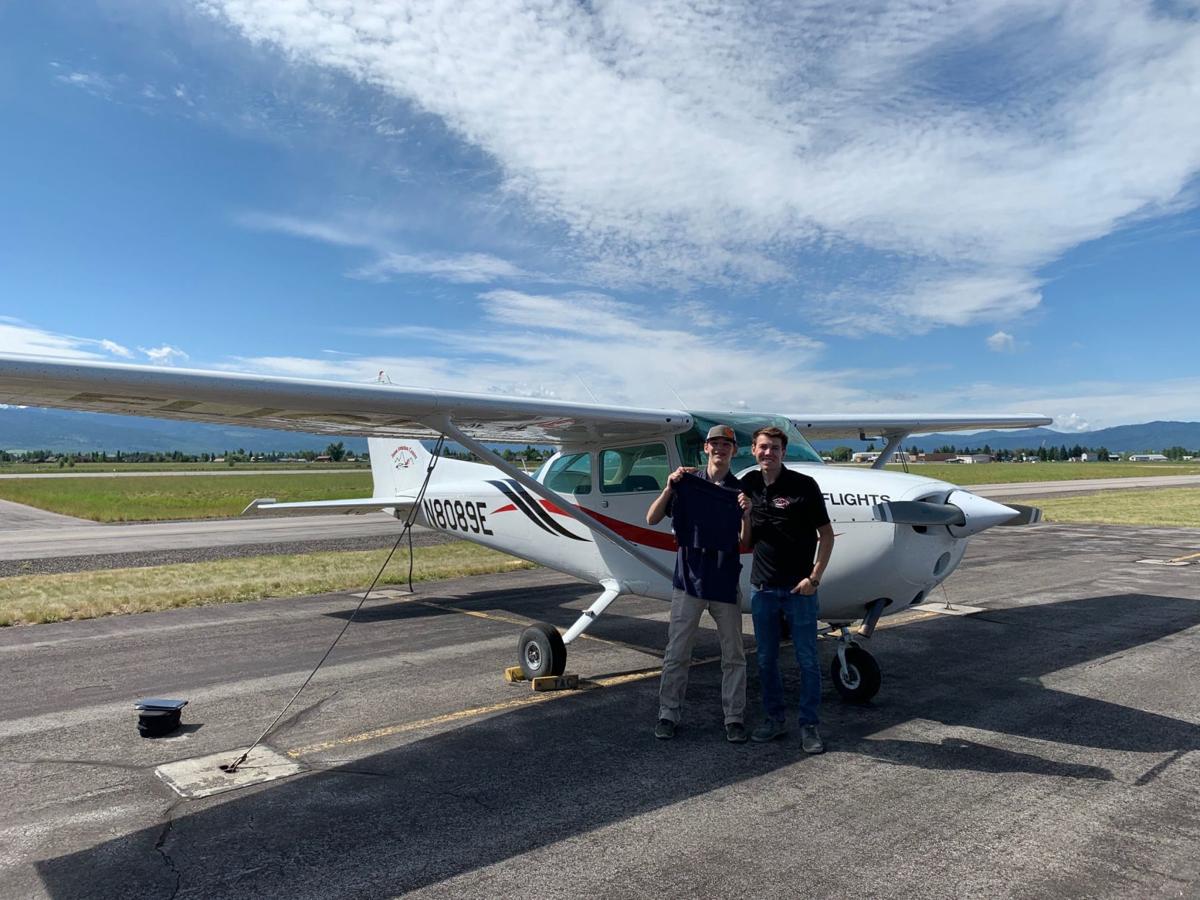 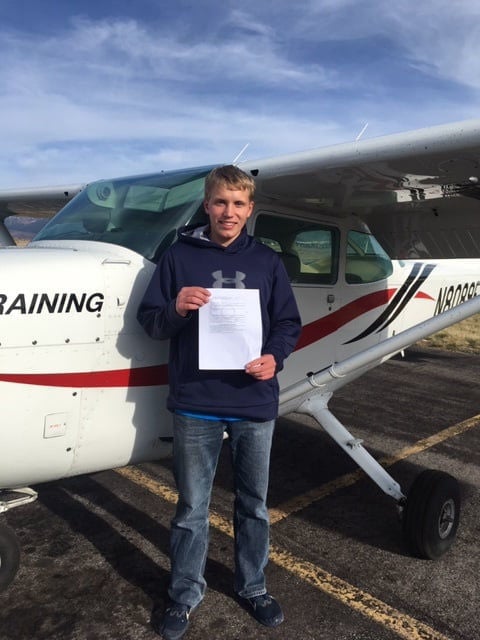 Two scholarship recipients have received their private pilot licenses after a summer of intensive training.

“Learning to fly isn’t cheap,” said Teton Experimental Aircraft Association secretary Jim Jackson. The cost of instruction is between $8,000 and $12,000, which is why every year the EAA offers one scholarship each for Teton Valley and Jackson residents aged 17 to 19. The students who apply are usually interested in a career in aviation, and a private pilot license is a strong first step.

Early this spring the scholarship selection committee, made up of professional pilots, vetted 15 applicants, the most they’ve ever seen. Colleen Schooley, the flight instruction director at Teton Aviation, said that the committee decided to not even consider the applicants who were sophomores, asking them to reapply next year so that juniors and seniors could take priority.

The applicants were judged on grades, health (a pilot must have nearly perfect health, Jackson noted), community service, and financial need.

“It’s an academic endeavor as well as a physical one,” Schooley said. “The applications were pretty competitive this year, but Kade and Owen really set themselves apart.”

Jackson agreed, calling this year’s recipients “pretty extraordinary.” Both boys had shown interest in flight instruction and took introductory flights before applying for the scholarship. It’s unusual for the committee to select juniors, but Owen proved his merit.

The training is intensive and scholarship recipients are encouraged not to take summer jobs because they’re expected to attend flight school five days per week. Kade drove an hour and a half each way from his home in Kelly for instruction. His twin brother Connor had also applied for the scholarship, and when only Kade was chosen, Connor still pursued instruction so both twins could earn their license.

Under the tutelage of instructor Isaac Slepian, they learned the basics of flight, safety, maneuvers, weather, navigation, wind, and eventually are entrusted with solo flight.

After fulfilling all requirements, the budding pilots took their final verbal and flight test with a Federal Aviation Administration examiner. Jackson said that his organization really encourages scholarship students to take their exam before departing for college or missions because it’s very difficult to pass the license requirements if a few months or years have transpired.

Kade and Owen earned their wings on Oct. 18, only weeks before Kade departed for his two-year mission in Nebraska.

Jackson credited Teton EAA’s free flight program Young Eagles with inspiring many kids to pursue flight instruction. Young Eagles is held at the Driggs airport every year in late June or early July, and this year around 200 kids aged 8 to 17 experienced flight for free.

The 2020 flight scholarship application will open in January. Visit www.tetoneaa.com for more information.