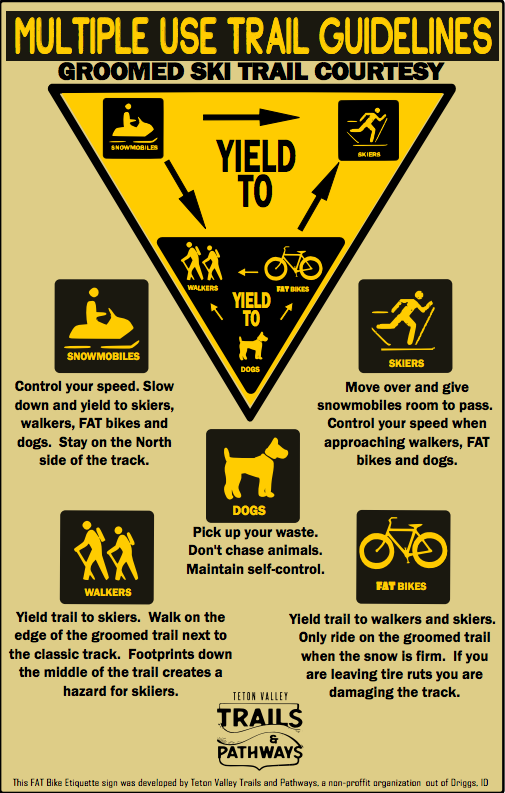 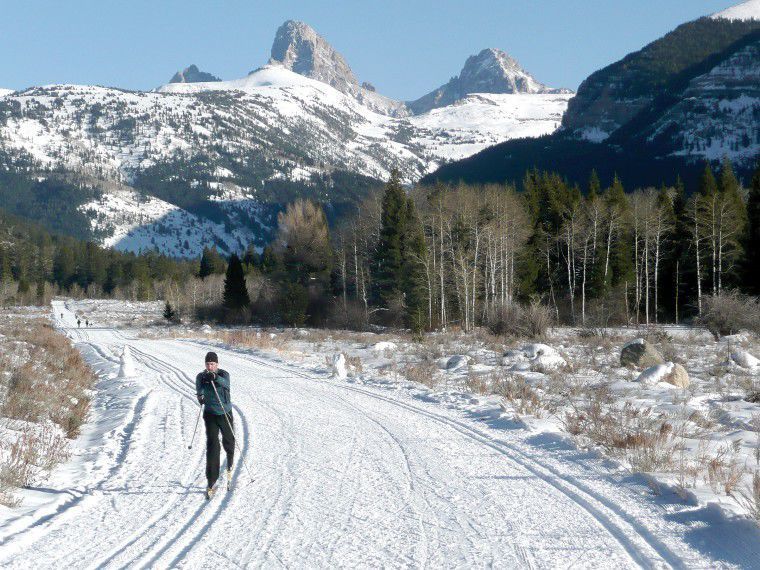 Teton Canyon has long been one of the most scenic and most popular groomed tracks in the valley.

Teton Canyon has long been one of the most scenic and most popular groomed tracks in the valley.

An incident on the groomed Teton Canyon Road at the end of 2019 served as a reminder to the community about the importance of keeping it cool in the snow.

“We all need to try and be good stewards and be respectful,” said Teton Basin District Ranger Jay Pence.

On Dec. 27, a cross-country skier confronted a fat biker on the road and when the cyclist tried to exit the conversation, the skier grabbed her on the arm. Teton Canyon, as noted on the Teton Valley Trails & Pathways website, is on public land and open to all users: skiers, fat bikers, snowmachiners, snowshoers, walkers, and dogs. As a result, the extremely popular road has a reputation for being something of a free-for-all.

TVTAP has recorded some impressive visitation numbers at Teton Canyon; in the last two winters the organization tracked over 10,000 users each season, and that total did not include travelers on the user-compacted Sheep Bridge Trail. TVTAP employs a dedicated paid groomer for Teton Canyon and the road is groomed five days per week, and sometimes six depending on conditions. Last winter TVTAP grooming efforts totaled 282 hours in Teton Canyon alone.

“We spend the most time grooming that particular venue and it’s also open the longest of any groomed trail,” said TVTAP executive director Dan Verbeten. “After a storm it can take up to five hours to compact that great, light-density Teton powder.”

Verbeten said that ideally TVTAP could some day employ its own version of the Teton Pass Ambassador to educate users and encourage good behavior on trails.

“Different entities are getting grumpy,” he said. “We get that all the time. Some people choose to be respectful and some don’t.”

He acknowledged that foot traffic and tire prints can churn up or mar the surface of a groomed track, and that ill-behaved dogs can be very disruptive. But there are places in the valley where one can avoid the chaos of Teton Canyon.

“If you want a pristine cross-country skiing experience, go up to Targhee,” he said.

Crime in the canyon

More problematic, Pence said, is that the Teton Canyon Yurt was recently burglarized. The Nordic yurt, which was established in the canyon four winters ago, was broken into some time in the past month. The yurt was padlocked, but the burglar used lock cutters to enter the property. Almost $5,000 worth of essential property was stolen, including a quadra-fire pellet stove, cookstove, lights, heavy duty extension cords, and propane tanks. Diane Verna and Jeff Jung, the owners of Teton Backcountry Guides and operators of the yurt system in Teton Valley, made an information report to the Teton County, Wyoming Sheriff’s Office for insurance purposes. TCSO Investigations Sergeant Clayton Platt said there are no leads at this time. He noted that the outfit’s other four yurts are located further into the backcountry and are less accessible to people with malicious intent.

The Teton Canyon Yurt is at the end of the groomed road, less than a mile from the Jedidiah Smith Wilderness, and is stocked with nearly all the amenities necessary for overnight stays. A percentage of the yurt rental fee goes back to TVTAP to support grooming. Teton Backcountry Guides has operated in the Tetons for 20 years, and while there have been some instances of petty theft and vandalism of yurts, there has never been a burglary of this scale.

If anyone has information on the theft, they should contact the Teton County, Wyoming Sheriff’s Office at (307) 733-2331.