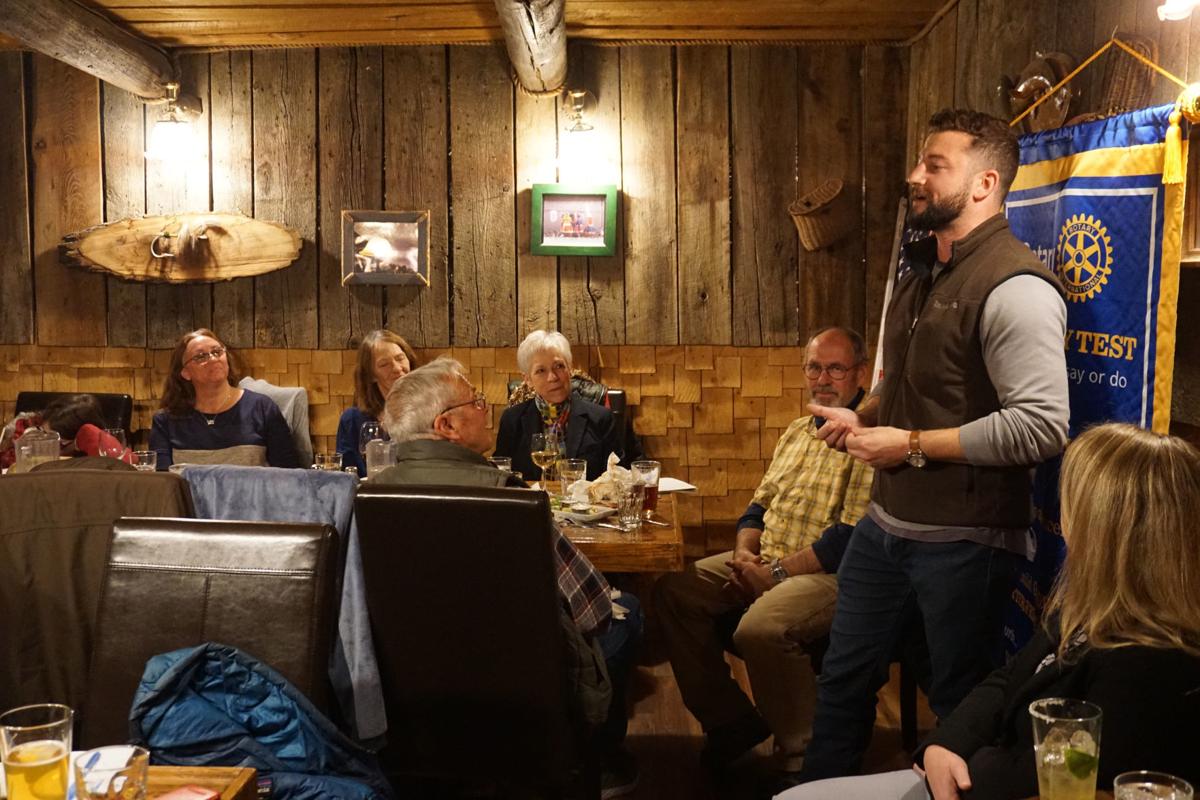 At a November Rotary Club meeting, concerned attendees pelted project representative Jake Lebowitz with questions about the Under Canvas clientele, the amount of traffic, the impact on wildlife in Moose Creek, and fire prevention methods. 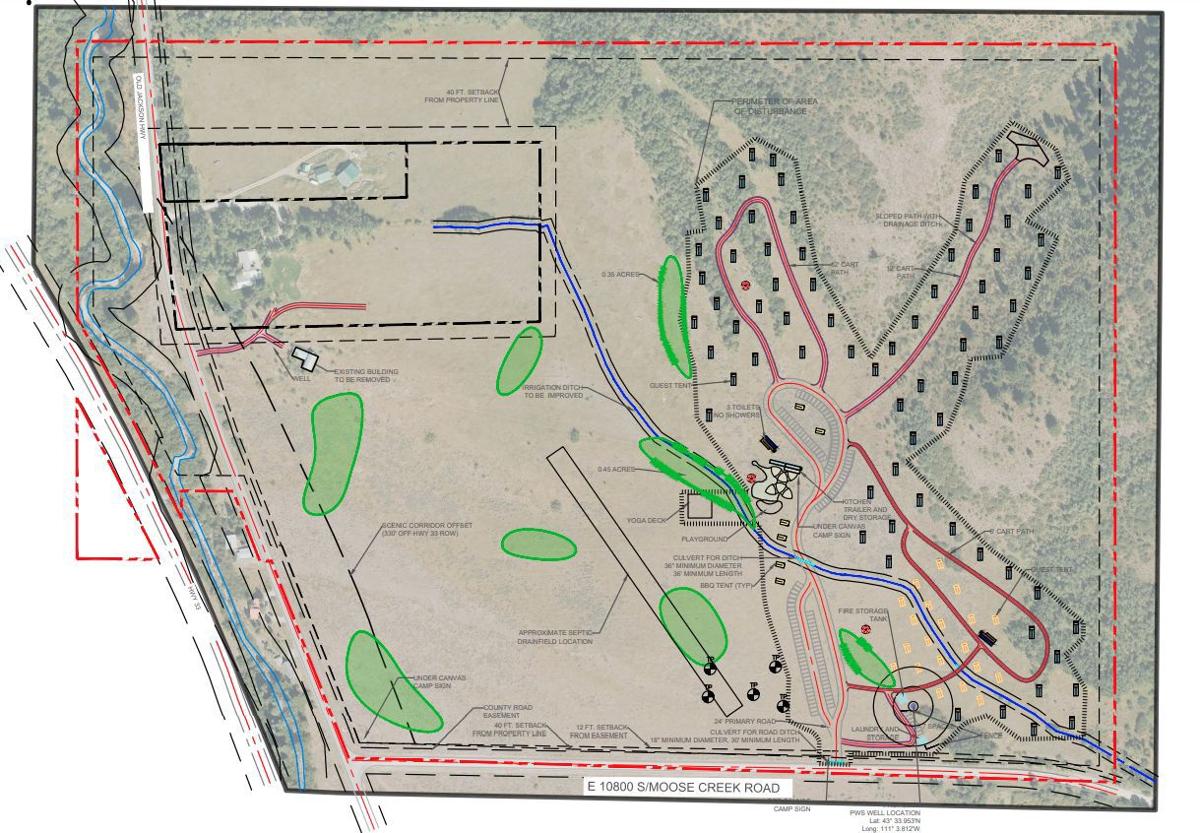 The Under Canvas site plan outlined clusters of canvas safari tents on the treed slopes on the eastern portion of the Old Jackson Highway property, leaving most of the sagebrush meadow along the road clear of development.

On Jan. 14 the Teton County Planning & Zoning Commission will consider a conditional use permit for a 90-unit glamping resort at the mouth of Moose Creek Canyon.

Under Canvas is a national resort chain that offers “safari inspired glamping accommodations” in large canvas tents. Most of its eight locations are situated just outside national parks such as Glacier, the Great Smoky Mountains, and the Grand Canyon. Under Canvas has been highlighted in travel and lifestyle magazines for offering luxury “outdoorsy” experiences. Sarah and Jacob Dusek founded the company in 2009 in West Yellowstone after finding success with the safari tent model on their family ranch near Havre, MT.

The proposed location for Under Canvas Teton (which will be marketed to visitors of Grand Teton National Park) is a two-lot, 92-acre property on the corner of Old Jackson Highway and the gravel road leading to the Moose Creek trailhead. The land is currently owned by Meredith and Merlin Hare. The site plan outlines clusters of safari tents on the treed slopes on the eastern portion of the property, leaving most of the sagebrush meadow along the road clear of development.

The resort will have communal fire pits, bathroom facilities, and a lobby tent with a commercial kitchen trailer. Under Canvas is a seasonal operation and all the buildings will dismantled each winter.

On Nov. 13 the Rotary Club of Teton Valley hosted Under Canvas representative Jake Lebowitz and engineer Bill Anderson for a discussion about the project. The meeting room at the Knotty Pine was filled to capacity with adjacent property owners, Victor residents, and other curious community members. The attendees pelted Lebowitz with questions about the Under Canvas clientele, the amount of traffic, the impact on wildlife, and fire prevention methods.

Lebowitz toted his company as being conservation-minded, involved with its host communities, and supportive of local businesses. He said that urbanites who come to visit the Tetons will leave with an enhanced appreciation of the natural world. He estimated that the resort would create around 90 jobs and would probably operate from April to October. Some hackles were raised when he said the resort will not provide group transportation to the national park, which could increase the traffic impact in Moose Creek Canyon and at the intersection of Old Jackson Highway and Highway 33. The traffic impact study included in the application estimates that the resort will generate approximately 234 vehicular round trips per day.

“Under Canvas strives to be considerate of neighbors and a benefit to the community based on experiences at our other camps over numerous seasons of operation,” reads the project narrative.

The proposal has come nearly in tandem with a CUP application from the prospective new owners of Moose Creek Ranch, who are seeking to expand the historic ranch from its existing 22 lodging units to 49 units in the first phase of development. That CUP has been postponed twice and now applicant Tom Hedges anticipates an April public hearing, pending review of a wetlands delineation study by the Army Corps of Engineers. P&Z was simultaneously faced with a third CUP application for a large RV park between Driggs and Tetonia, but that application was postponed indefinitely, so Under Canvas will be the first camping CUP to be considered by this commission, which includes four newly-appointed members. To see the complete packet visit the county website and to submit comment on the project, email pz@co.teton.id.us.