Board addresses the mascot in the room

On Monday evening, Superintendent Monte Woolstenhulme said that he was encouraged by members of the school administration team and former school board members to take a closer look at the legality of a policy issued late last year.

In November 2019, Teton School Board members voted to amend board policy 1300-1. This amendment was borne out of a long year of emotional debate around the Teton High School mascot. Board policy amendment 1300-1 set into place the rule that should a school board desire to change, suspend or remove a newly implemented board policy, the current board would have to wait one calendar year to do so.

Asking if the board was “handcuffing itself” with board policy 1300-1, Woolstenhulme promptly dialed up an attorney at Anderson, Julian and Hull out of Boise.

While Bret Walther, an attorney for the Idaho School Board Association, counseled that such a policy could exist and further offered that there was “nothing wrong” with board members creating policies to limit itself, school board member Jake Kunz addressed the looming elephant in the room.

“This was largely surrounding one issue and I don’t want to revisit that issue,” said Kunz of the Redskin mascot that consumed the latter half of the board’s time in 2019. He acknowledged that while he voted in favor of retiring the Redskin mascot in July, he then voted against a new board policy further prohibiting the school district to use Native American imagery around school mascots in September. On Monday, he said that he had no desire to revisit the mascot debate moving forward.

“I don’t want to go backwards,” said Kunz. “We’re not going backwards. My position is clear with the policy this is referring to,” he said of the mascot decision.

Woolstenhulme and newly minted board chair Ben Kearsley reminded the board that policy 1300-1 was not addressing the mascot, but whether a new board could revisit and revise policy set into place by former board members. 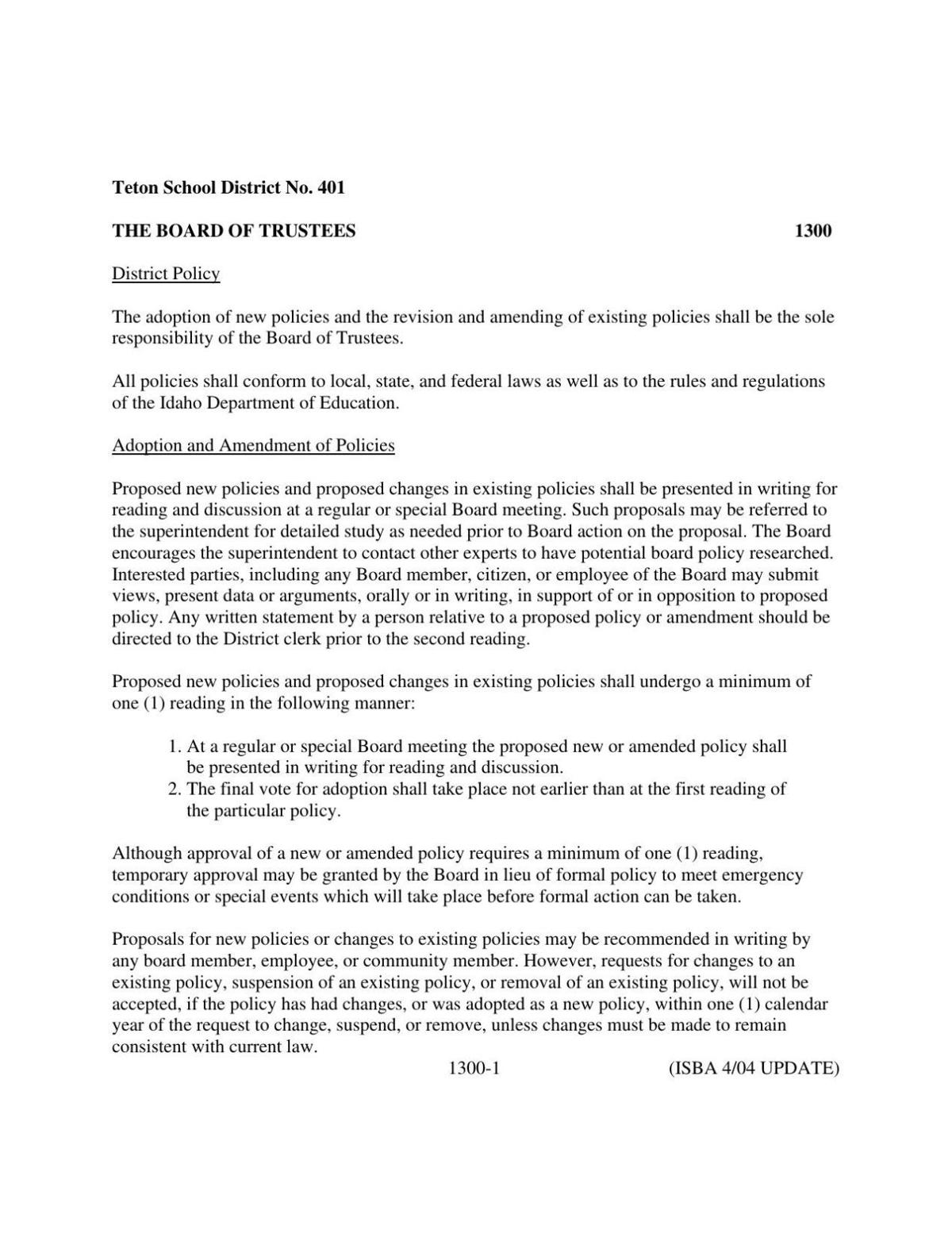 Newly elected board member Shannon Brooks-Hamby, who was voted in as the new vice chair of the school board that evening, asked if policy 1300-1 was less of a limitation and more of a motivation.

"Is it limiting or motivating,” asked Brooks-Hamby of the policy. “I see both sides.” She explained that while she did see the limitations that policy 1300-1 could place on a new board, she attended the mascot meetings in 2019 and having experienced that emotion from the community asked on Monday if this is a policy that gave the new board the opportunity to build trust.

Newly elected school board member Alexie Hulme offered that policy 1300-1 did limit the new board and further offered that the policy was put into place by the former board to protect the policy that no Native American imagery would be used in the future. That policy, she said, left no room for compromise after the decision to retire the Redskin name was made.

“There needs to be compromise for us to move on and move forward,” she said. “I think we should get rid that part of the policy,” she said of 1300-1 limiting the board to change newly implemented policy before a year’s time. “That’s how I feel.”

Newly elected school board member Ticia Sheets said during the discussion that she too had no desire to revisit the mascot discussion and reminded the board that those who ran for school board positions in November said at a public forum that they would respect the mascot policy should they be elected. “Maybe we can find a way to compromise on this policy,” Sheets said of policy 1300-1.

The motion was passed 3-2 with Sheets and Brooks-Hamby voting against the motion. Sheets added that she felt more discussion was needed before a decision should have been made.