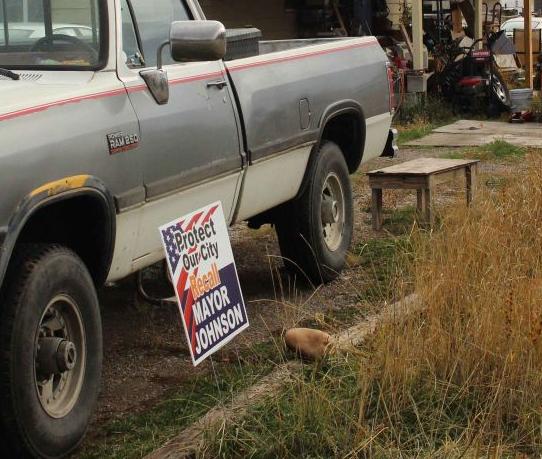 A house in Driggs with several derelict cars that could be affected by a possible nuisance ordinance. 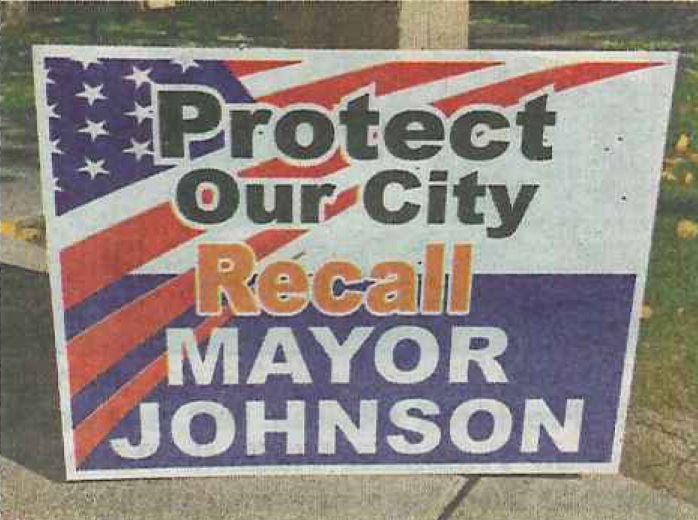 A house in Driggs with several derelict cars that could be affected by a possible nuisance ordinance.

Driggs Mayor Hyrum Johnson will not face a recall election this March. The city clerk did not receive the 151 signatures required by the Dec. 9 deadline.

The recall effort was led by Driggs resident Steve Kerbs, who disagreed with the city council over its proposed re-write of the city nuisance ordinance. The ordinance would make it illegal to store trash and more than one junked car on front lawns within the city.

Even if a valid recall petition were submitted, those wanting to recall the mayor would then not only have to win the majority of the votes, but also get more votes than Johnson did when he won his seat as mayor. Johnson beat George Mosher in the 2013 mayoral race 154 votes to 143.

Kerbs’ dissatisfaction came to a head at a recent city council meeting when he demanded to speak, disrupted the meeting and left when he was told that if he didn’t keep quiet, sheriff’s deputies would be called to escort him out.

In last week’s TVN, Kerbs submitted a letter to the editor, which included the statement, “I find it disturbing that the voters of Driggs are ok with VARD’s employees running a campaign for Hyrum Johnson for mayor.”

After the letter ran, VARD's staff attorney, Anna Trentadue, said there was no VARD involvement in Johnson’s mayoral campaign.

It is possible for Kerbs to revive the recall petition for a future election. He has been gathering signatures for months and originally tried to get the recall vote on last fall’s ballot.

Two weeks before the deadline to submit the recall petition, and after running ads in the Jackson Hole Daily for at least several weeks, Kerbs had collected around 80 of the 151 signatures needed. He said that had not changed substantially by the Dec. 9 deadline.