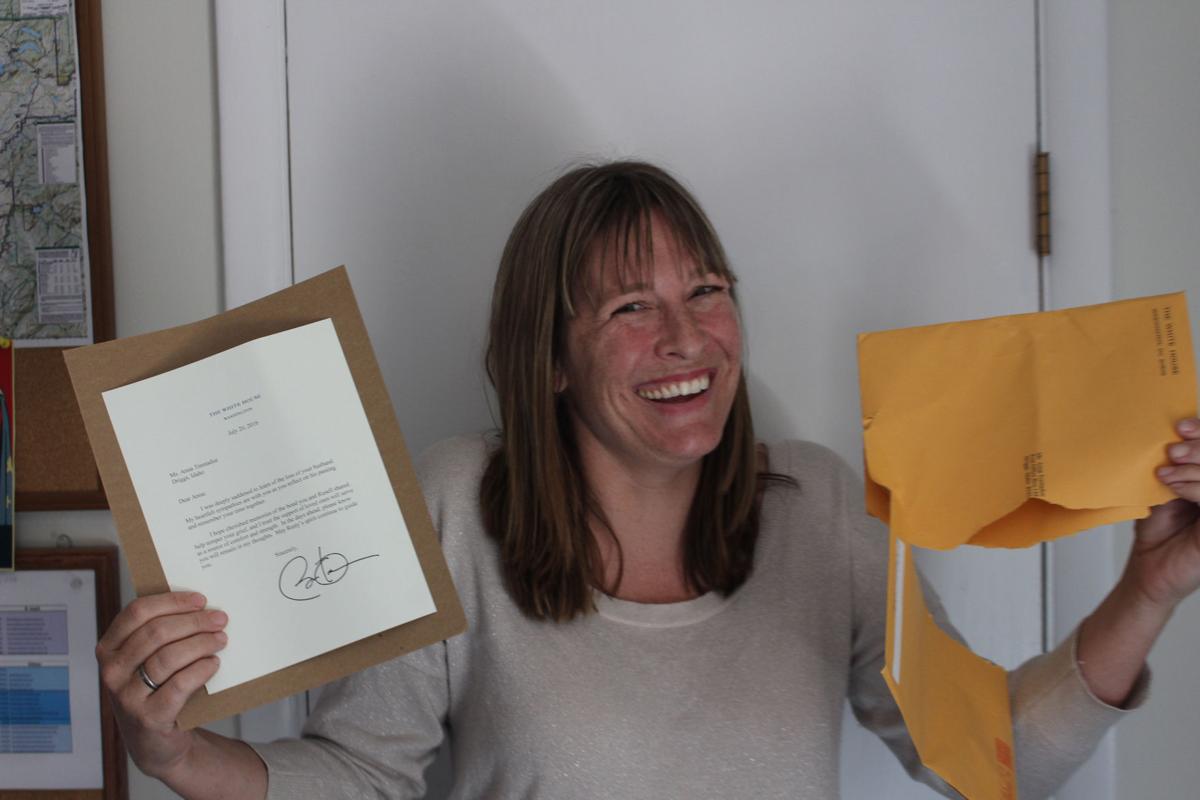 Anna Trentadue holding up a letter she recieved from President Obama, remembering her late husband Russell Cheney. A letter she almost threw away. 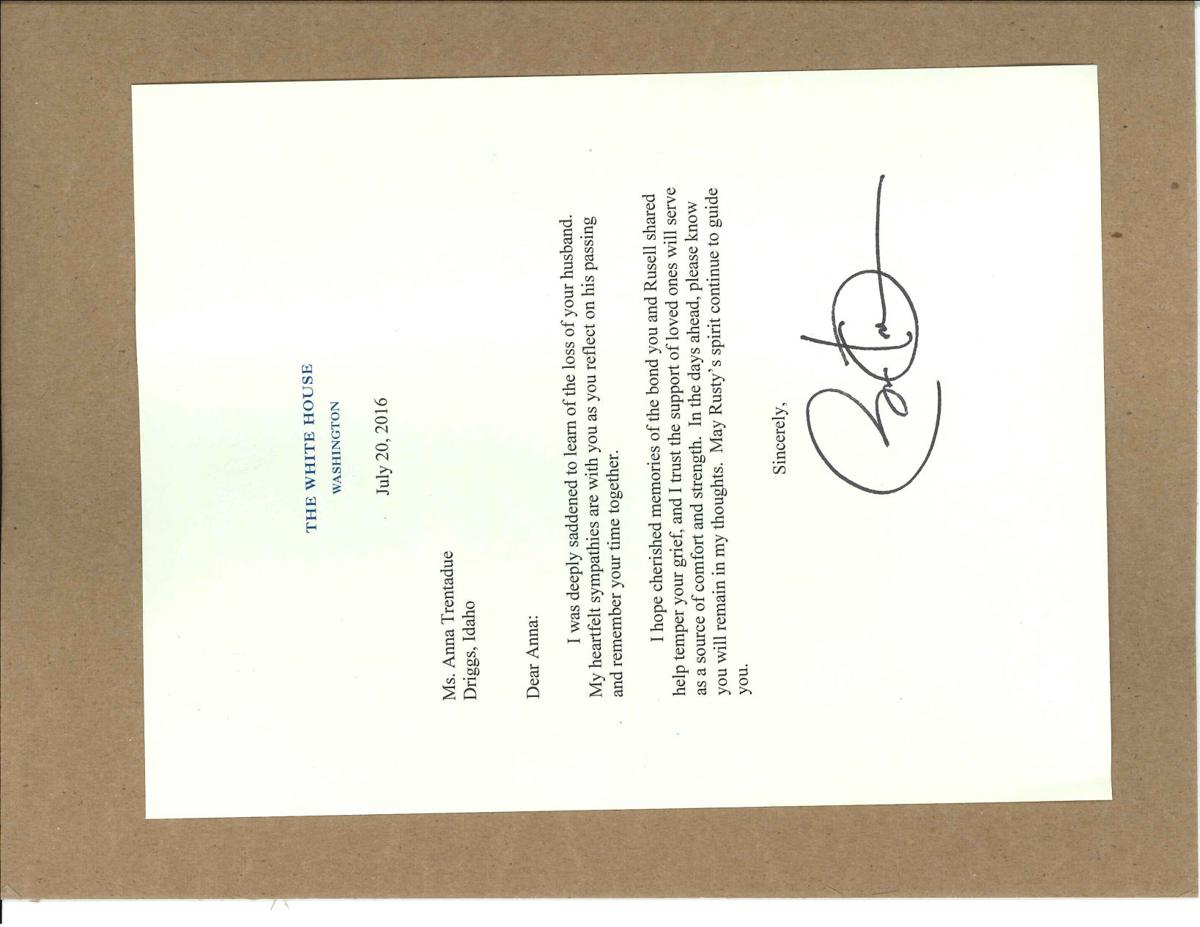 Anna Trentadue holding up a letter she recieved from President Obama, remembering her late husband Russell Cheney. A letter she almost threw away.

A Teton Valley man was recognized by the White House a year after his death.

When Russell Cheney’s widow, Anna Trentadue, went to the post office this Monday, she nearly threw the letter away, thinking it couldn't possibly be authentic.

Instead, she haphazardly ripped open the large manila envelope with “White House” stamped on its front.

“I was deeply saddened to learn of the loss of your husband,” the letter read. “My heartfelt sympathies are with you as you reflect on his passing and remember your time together.”

It closed with the signature, “Barack Obama.”

Cheney died in a plane crash along with two other valley residents – AJ Linnell and Andy Tyson - as well as the pilot and part-time valley resident, John Short, in April of 2015.

Cheney was the chairman of the Teton County Democratic Party. His contributions were recognized by the state-wide party when the symbol he created, the donkelope, was used to represent the state delegation at the recently held Democratic National Convention in Philadelphia.

The donkey with antlers could be seen on hats and t-shirts at the convention. Trentadue said that since then people having been wanting their own donkelope swag.

Coincidently, when Trentadue received the letter from President Obama, she was at the post office to pick up a package of picture frames, one of which she might now use to house the president’s letter.

This was not the first time she received a large envelope of this kind since her husband passed, she said, adding that she was glad she gave it a second look.

“The last time I got an envelope like that was from the NRA saying it was Russell Cheney’s last chance to renew his membership,” she said. “It wasn't your average trip to the post office.”