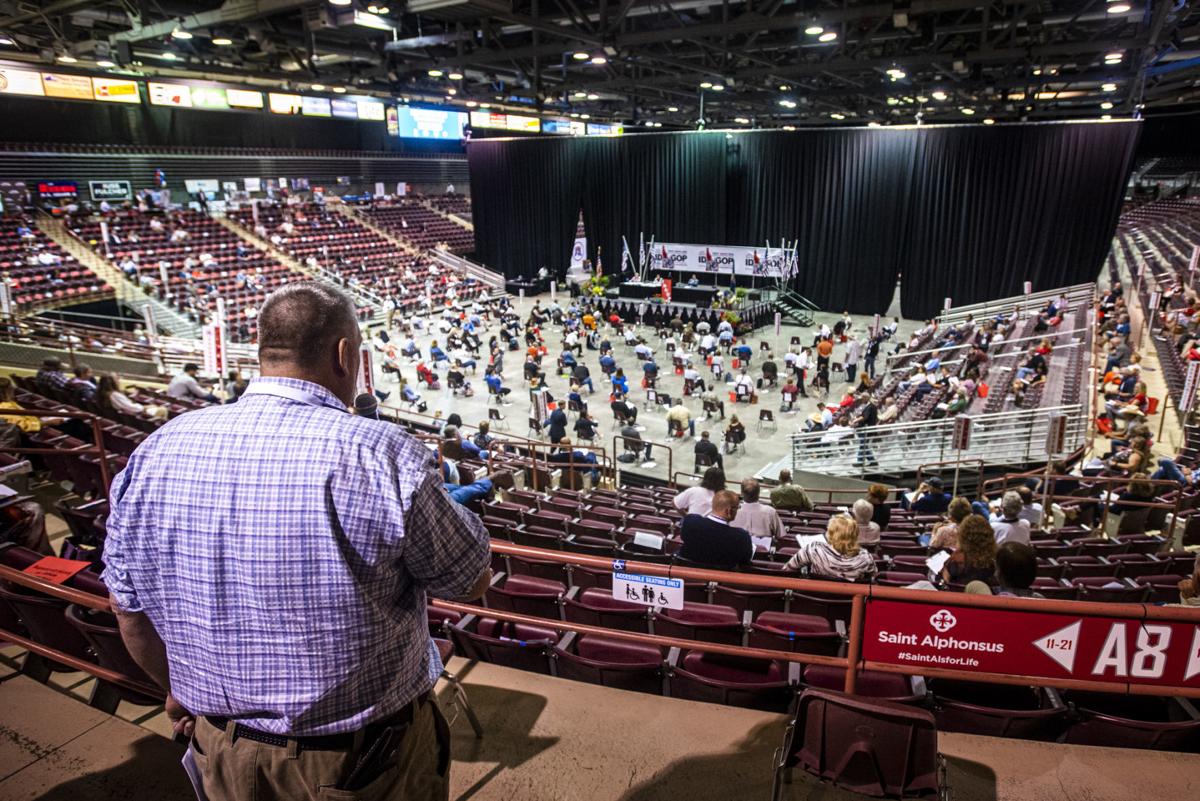 Idaho GOP delegates engage in heated debate over legislative apportionment during a general session at the party’s convention on Saturday, June 27, 2020 at the Ford Idaho Center in Nampa. 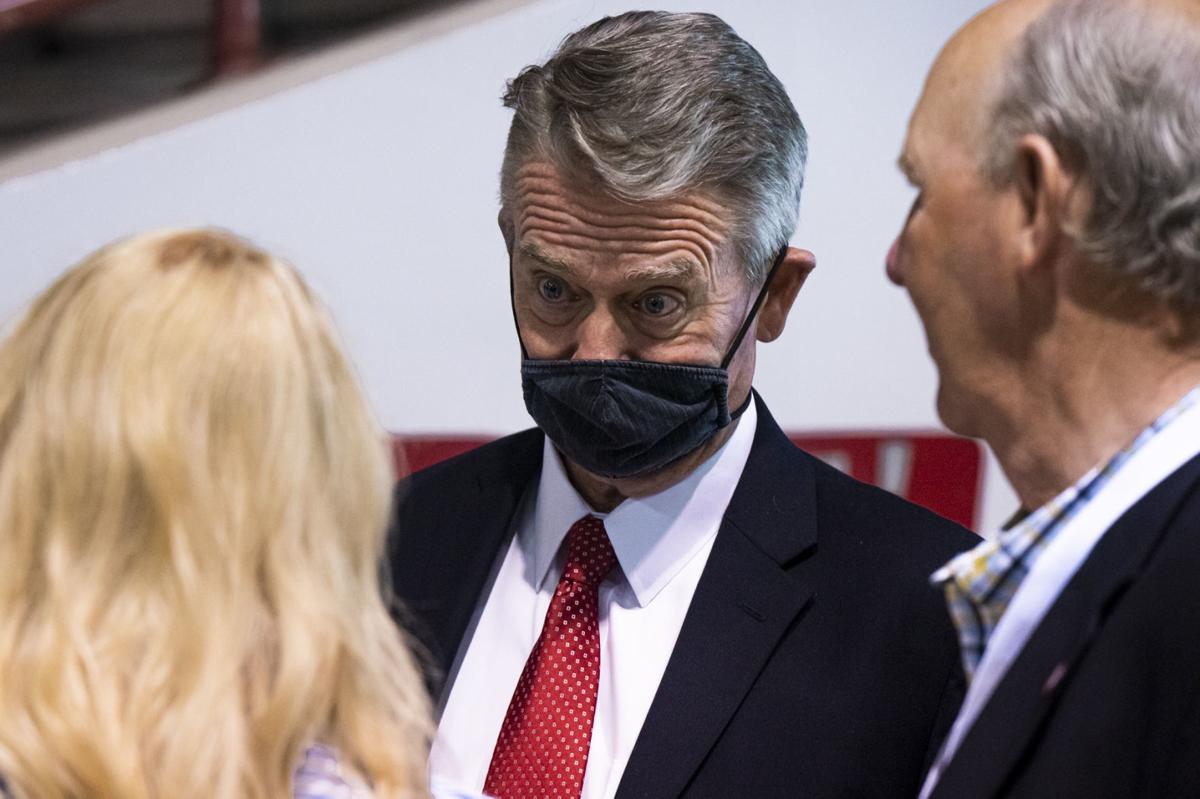 Idaho Gov. Brad Little speaks with people during a break in the programming at the Idaho Republican Party Convention on Saturday, June 27, 2020 at the Ford Idaho Center in Nampa.

Idaho GOP delegates engage in heated debate over legislative apportionment during a general session at the party’s convention on Saturday, June 27, 2020 at the Ford Idaho Center in Nampa.

Idaho Gov. Brad Little speaks with people during a break in the programming at the Idaho Republican Party Convention on Saturday, June 27, 2020 at the Ford Idaho Center in Nampa.

The Idaho GOP expanded its platform Saturday, endorsing penalties against employers who hire undocumented workers and codifying support for what it calls an exceptional, inherited American national identity.

The party also now officially supports construction of a U.S.-Mexico border wall. Another new piece of the platform reads: “We believe we are inheritors of a distinct Western Civilization and that our traditional culture safeguards our identity as a free people.”

The party later echoed a new plank that explicitly endorses American exceptionalism by passing a resolution to “unequivocally support Israel,” aligning the Idaho GOP with the national party platform. The resolution claims Israel is, and lauds it for being, the “only country in the Middle East where freedom of speech and freedom of religion are found,” and, like the U.S., “exceptional.” That resolution did, however, pass after it was amended to exclude financial and military support to the U.S. ally.

No one publicly voiced opposition before successful votes to change the platform.

APPORTIONMENT The only proposal to pass through committee and fail dealt with apportionment of state representatives. It would have rejected apportioning representatives proportionally based on counties’ population sizes in favor of granting each Idaho county the same number of representatives. Dissenters argued that the position would have ignited unwinnable legal battles, since U.S. Supreme Court precedent makes the proposal’s system illegal.

One delegate was skeptical that a constitutional amendment to enact the proposal could ever garner the two-thirds majority it would need to pass in the Idaho Senate. He also argued the party should pick different battles, saying, this is not the “Supreme Court hill to fight and die on.”

Proponents recognized the current illegality of the voting structure but felt confident that precedent could be flipped.

“Maybe they’ve woke up by now,” one delegate said of the Supreme Court.

The party also tacked on more anti-abortion and pro-state sovereignty language to its platform.