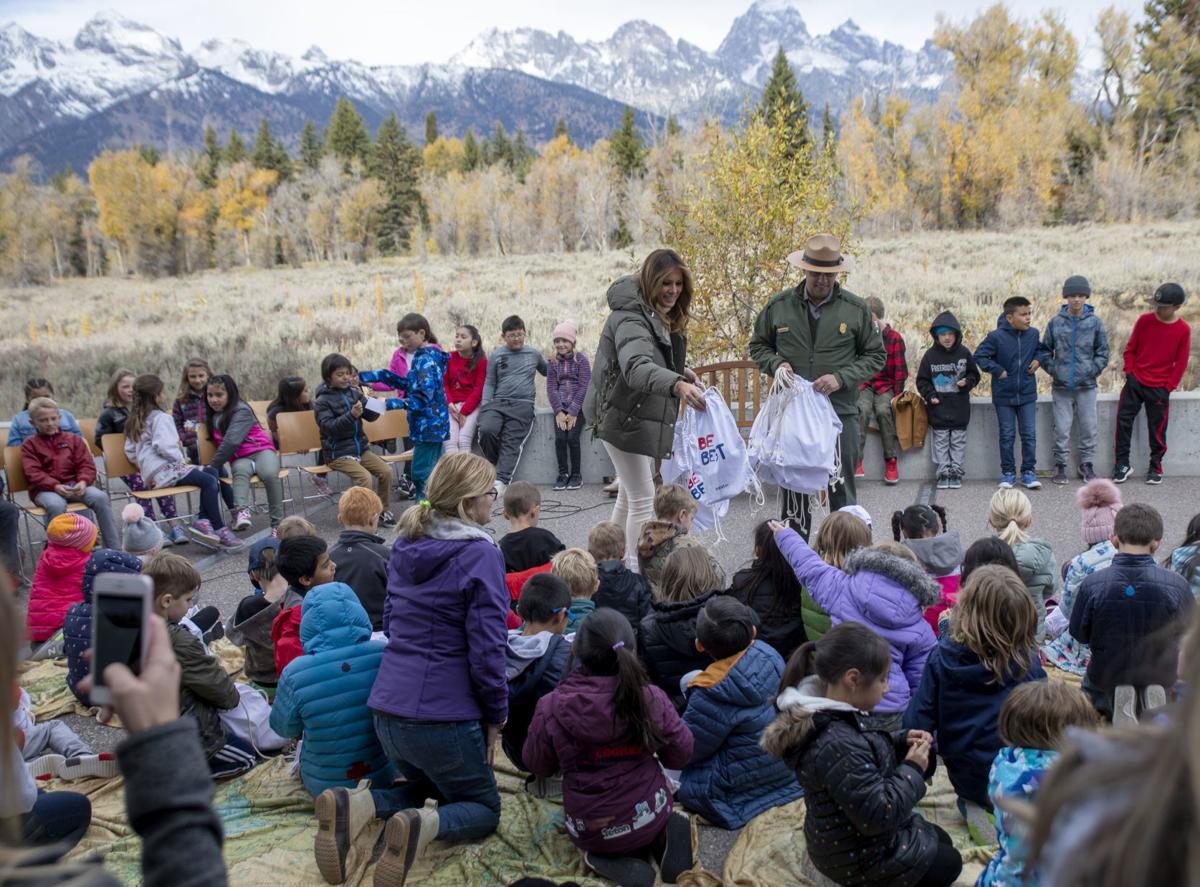 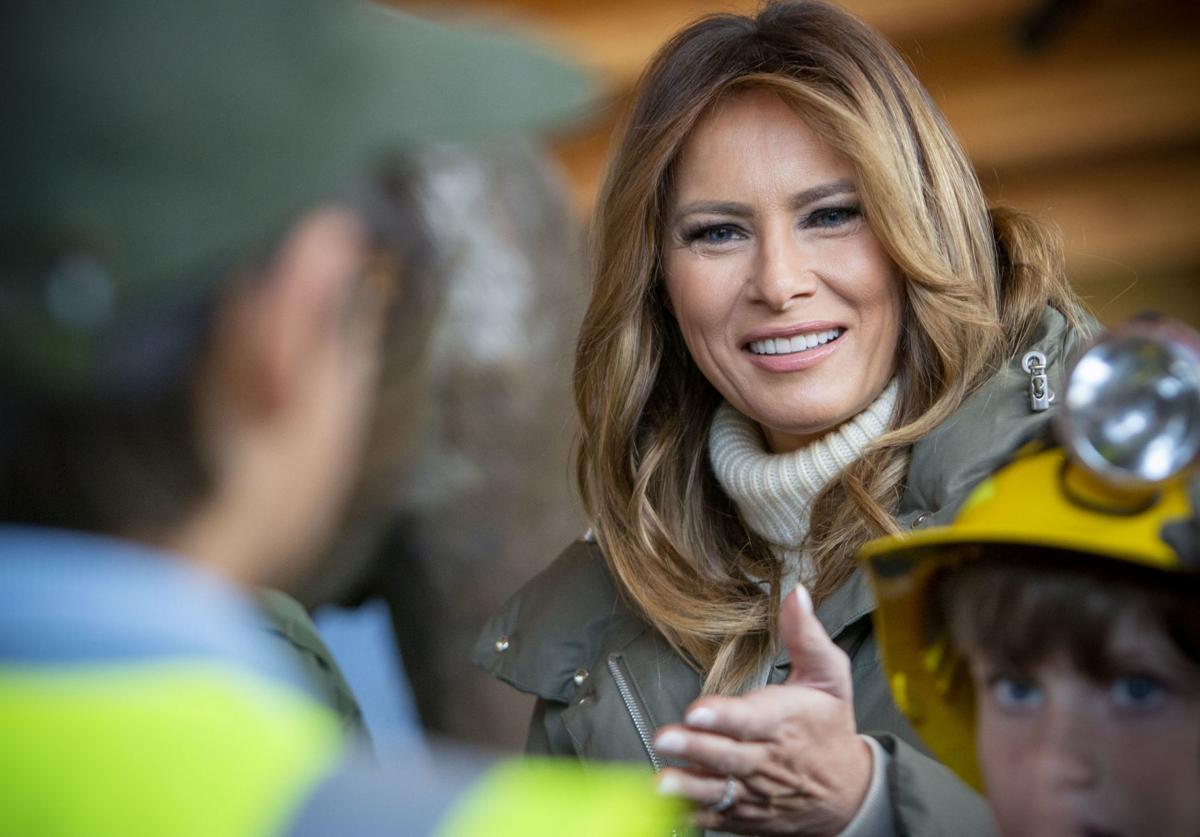 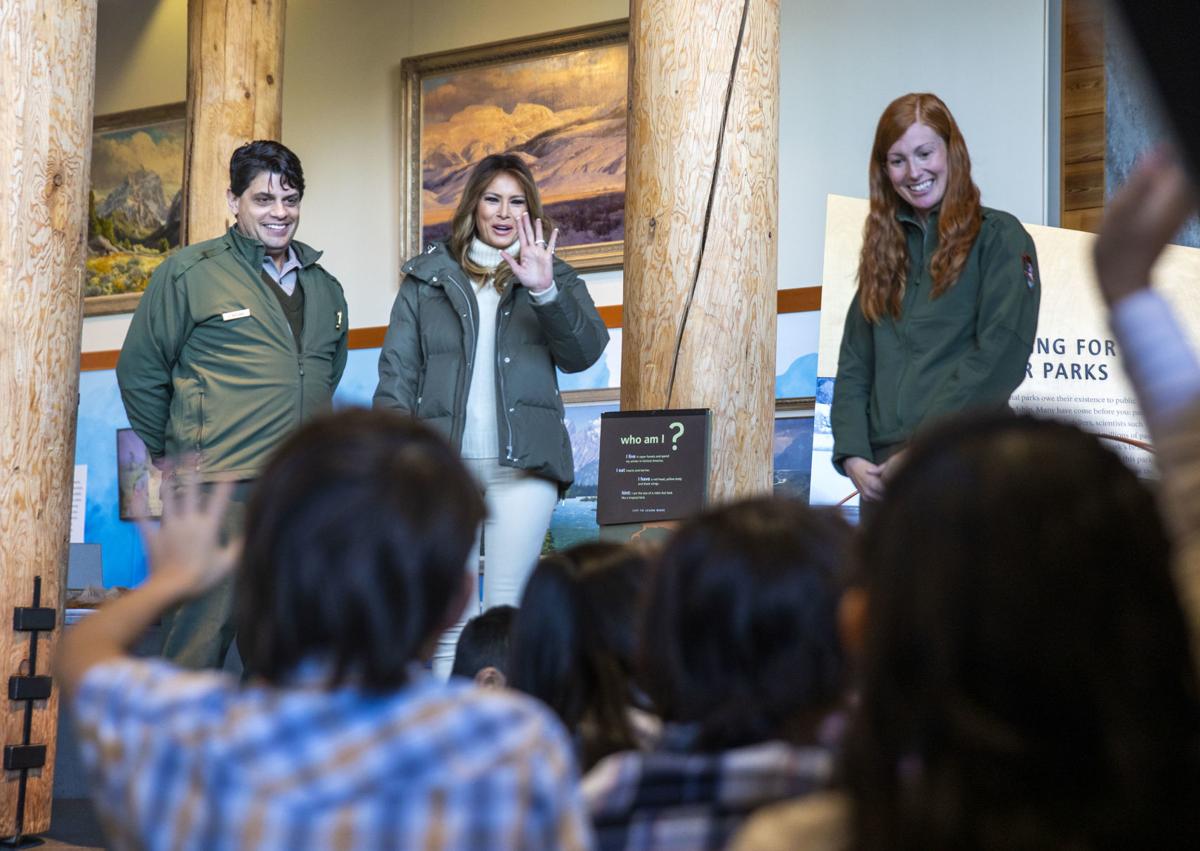 JACKSON − First Lady Melania Trump's trip to Wyoming was cut short due to the wintery weather.

The First Lady did not make her planned trip to Yellowstone National Park on Friday as the snow began to fall around 10:43 a.m. There was concern that she could become delayed in Wyoming if she did not depart ahead of the weather.

According to the Press Pool Report, she had planned to take a walk across the boardwalk around the iconic Old Faithful Geyser. The boardwalk is being reconstructed with funding from the Department of Interior announced at an event in June with U.S Secretary of the Interior David Bernhardt and Vice President Mike Pence.

According to the Bozeman Daily Chronicle, after park employees learned the first lady had canceled her trip, Yellowstone quickly returned to normal. The Chronicle wrote, "The Old Faithful Visitor Education Center was bustling, and dozens of people walked around Upper Geyser Basin. As the 11:55 a.m. eruption of Old Faithful neared, people rushed to the boardwalk through steady snowfall to watch."

Acting Grand Teton National Park superintendent, Gopaul Noojibail, greeted her at the Grand Teton Visitor Center where she was also accompanied by the Secretary of the Interior David Bernhardt, as well as the park’s Education and Outreach Coordinator, Christie Haffner.

The students gave Mrs. Trump and Bernhardt a presentation on the symbolism behind the National Park Service’s logo. And finally the children were presented with Every Kid Outdoor Passes, each pass gave the students free access to thousands of federally operated facilities around the country.

“I was glad to promote the National Park Service’s “Every Kid Outdoors” program with Interior Secretary Bernhardt,” Mrs. Trump said. “Giving these free passes out so youth can see more of America’s national parks and lands is what Be Best is all about: Providing children the tools and support they need to improve their well-being and appreciate our country’s unique and spectacular resources.”

Her trip started on Thursday with a visit to the Jackson Town Square and a float on the Snake River, all to promote her Be Best program and highlight the importance of students accessing the National Parks.

The First Lady returned to her plane Friday afternoon and headed back to a busy White House.