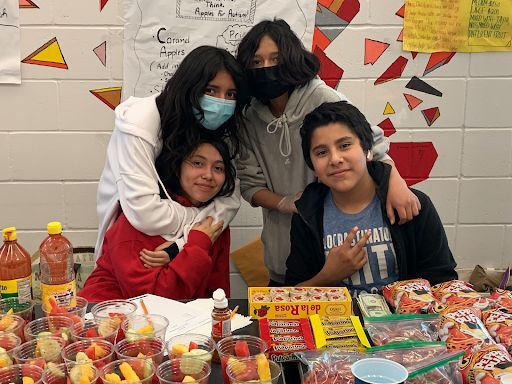 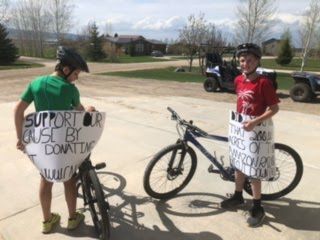 Drew Moss and Trey Behrens rode their bikes from Driggs to Victor with posters strapped to their backs spreading awareness about the negative effects of deforestation in the Amazon. 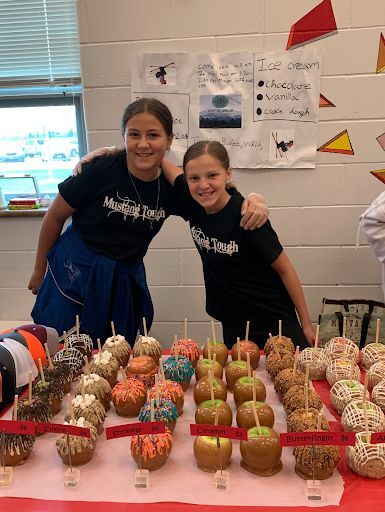 Brinley Wilson and Maggie Phillips made over 50 delicious caramel apples for their business called Apples for Autism for the mini-mall. 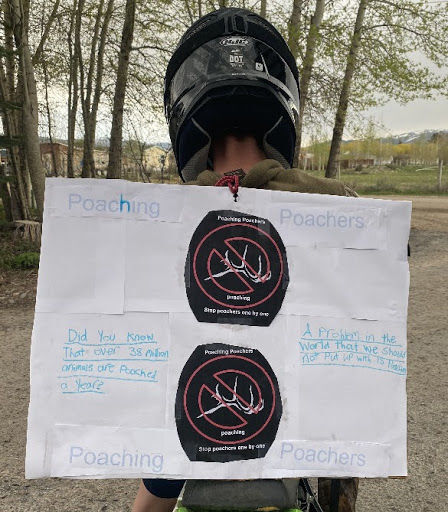 Slade Kunz rode his dirt bike with information on the harmful effects of poaching around the valley to spread the word. 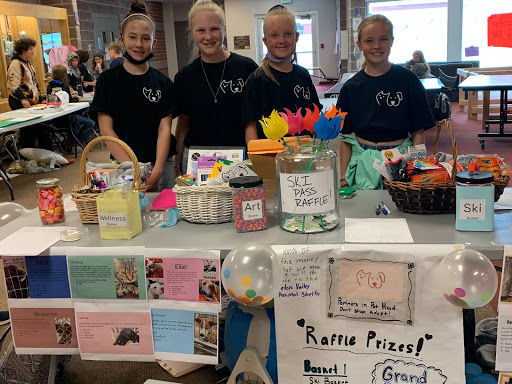 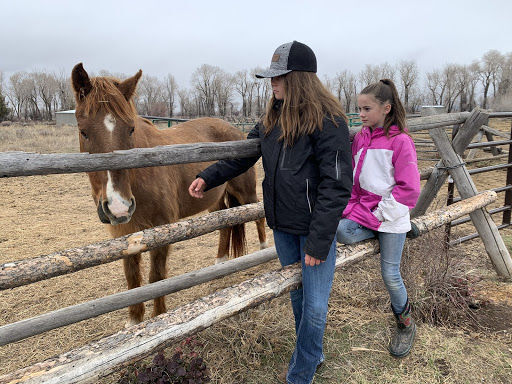 Drew Moss and Trey Behrens rode their bikes from Driggs to Victor with posters strapped to their backs spreading awareness about the negative effects of deforestation in the Amazon.

Brinley Wilson and Maggie Phillips made over 50 delicious caramel apples for their business called Apples for Autism for the mini-mall.

Slade Kunz rode his dirt bike with information on the harmful effects of poaching around the valley to spread the word.

Jennifer Marlar’s and Connie Mohr’s sixth grade classes at Teton Middle School have learned that it takes guts sometimes to put yourself out there and make a difference.

This spring, sixth graders at TMS were asked, “How do I use my VOICE to make WAVES to highlight a topic that passionately interests me?” They spent the quarter researching their problem/topic to become mini-experts learning the background/history of the problem, causes and negative effects in order to write an in-depth “hybrid essay” that crosses three different genre styles of writing to inform and entertain their audience.

Students were tasked with raising awareness about the problem to others through what is called the “Guts Factor.” It’s part of the English curriculum for sixth grade quarter four: Using Our Voice to Make Waves project. These young pre-teens learn that when they see something wrong in the world all it takes to get working on a solution is a little courage, some bravery, and a whole lotta guts. The following kids took a risk—far out of their comfort zones for some—and made their community aware of a particular issue. It’s “Guts Factor” time, and these students were up to the challenge.

Spreading Awareness through the “The Make Mohr Waves Mini-Mall”

Students collaborating with Ms. Mohr, the sixth grade math teacher, created a small business where they came up with a business plan, business logo, and a cost analysis work-up in order to create a product to sell and raise money for an organization that is already working on their problem. Students created plastic-free face-scrubs, handmade keychains, handmade necklaces, cotton candy, horchata, chirrones, handmade dog and cat chew toys, handmade slime, raffles for awesome prizes including a ski pass generously donated from Grand Targhee, and countless homemade sweet treats. Most student businesses donated 100 percent of their proceeds to an organization or charity that is supporting their cause. As a whole, the 6th graders raised a little over $7,500 for organizations across the nation, with much of the money being donated locally! The biggest donation went to the Teton Valley Community Animal shelter with a combined donation of a little over $2,000. Way to go 6th graders, way to end the year helping others!

Partners in Pethood consisted of Ida Nichols, Morgan Anderson, Avery Debone, and Ava Evans, and these hard-working and creative entrepreneurs knocked it out of the park. Their topic was animal abandonment and they wanted to help raise funds to support the Teton Valley Community Animal Shelter. They were able to get a generous donation from Grand Targhee for a ski pass and sold raffle tickets. These girls were unrelenting in their quest to raise money and they did not disappoint. They donated a little over $1,100! Unbelievable effort, ladies!

Also at the mini-mall, Gideon Taylor, Wyatt Moore, Charlie Berry, and Cannon Kunz decided to bring out the grill and sell delicious hotdogs and hamburgers to help fight against terrorism. They had a line out the door.

Raising Awareness through Teaching Others

Drew Moss and Trey Behrens rode their bikes an incredible eight miles from Driggs to Victor with posters strapped to their backs with information about AmazonWatch.com spreading awareness about the negative effects of deforestation in the Amazon.

Olivia Lyle and Chloe Carling volunteered their time at Hapi Trails, where they dewormed the wild mustangs, fed them grain, walked them around the arena, and helped groom them in order to support Hapi Trails fight against horse abandonment.

Slade Kunz is determined to stop poachers from breaking the law and hunting illegally. He rode his dirt bike with information on the harmful effects of poaching around the valley to spread the word.

Adeline Hansen, Whitley Calderwood, and Karalee Webster tragically lost one of their best friends over spring break in a car accident that shook this community to its core. These caring girls wanted to raise awareness about the dangers of drunk driving by posting informational posters all around town, and they set up a booth at the mini mall selling baked goods. Their proceeds went to Georgia Durmeier’s (Peaches) GoFundMe. Other students who supported Georgia through fundraising were: Kiera Warburton, Jimmi Williamson, Peyton Beard, Ian Crapo, and Paycen Hill, who sold Italian sodas and treats at the mini-mall. Both groups managed to raise over $750 for the GoFundMe account. Way to go!

Mary Jane Kwiatkowski and Sage Nelson decided they wanted to raise funds in order to donate to their organization of choice, Alzheimer’s Association. They baked delicious purple frosting cupcakes and cookies, and then set up a table outside of Barrels and Bins to raise money.

Another group of girls that rocked a bake sale was Brinley Wilson and Maggie Phillips. These talented and creative girls made over 50 delicious caramel apples for their business called Apples for Autism for the mini-mall. Then they went above and beyond and had another bake sale at their home to raise even more money to donate to Autism Speaks. They raised almost $700. What a sweet way to show their support!