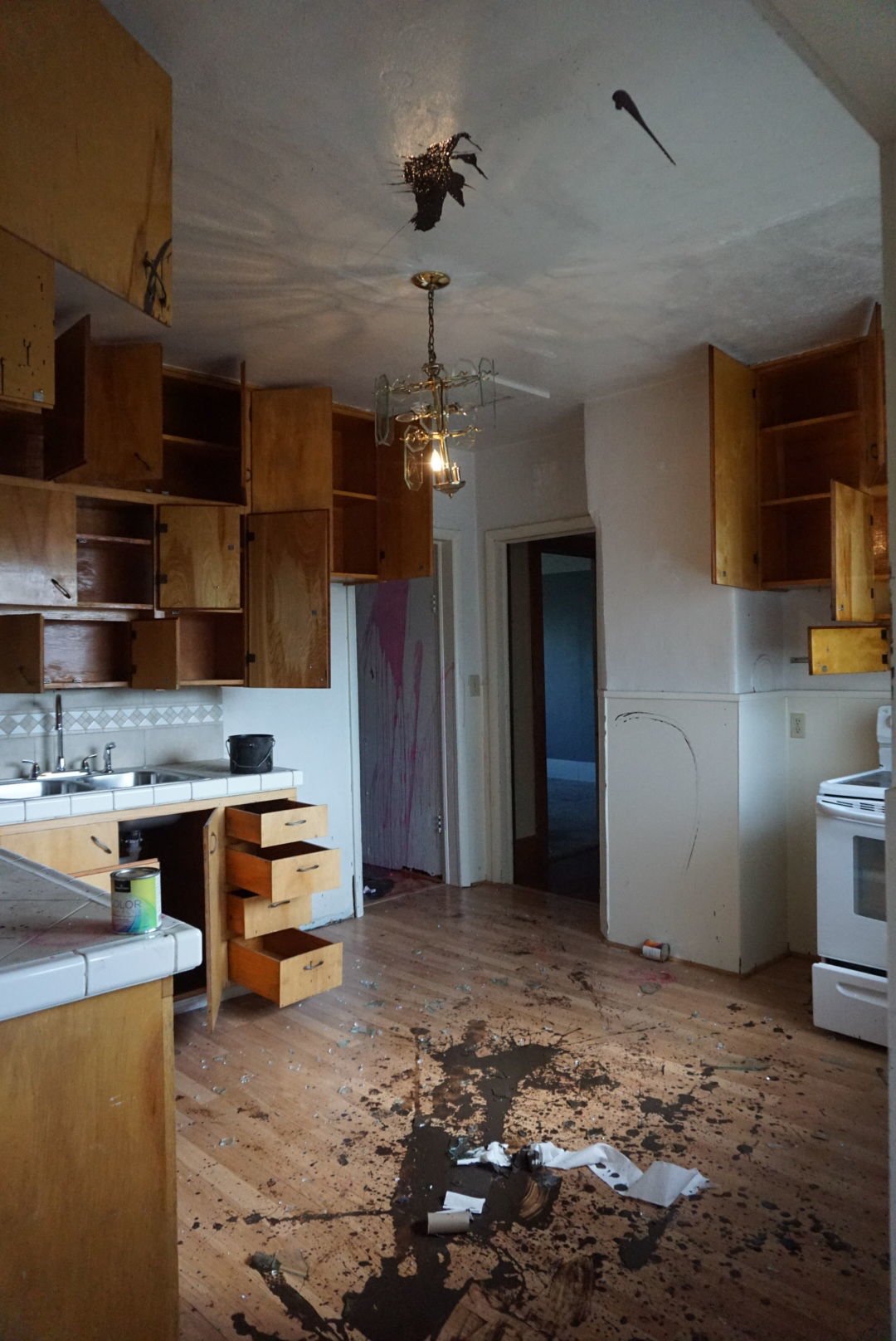 The teenagers splattered paint across every room and destroyed light fixtures. 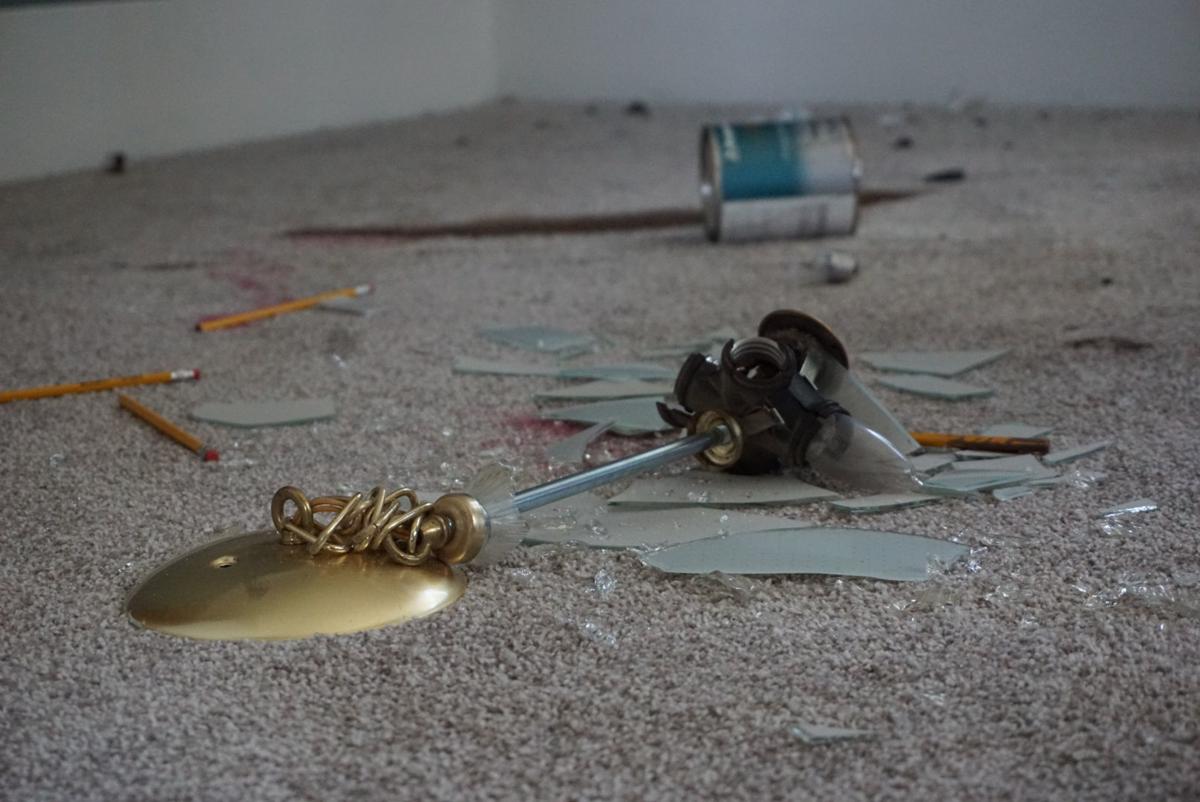 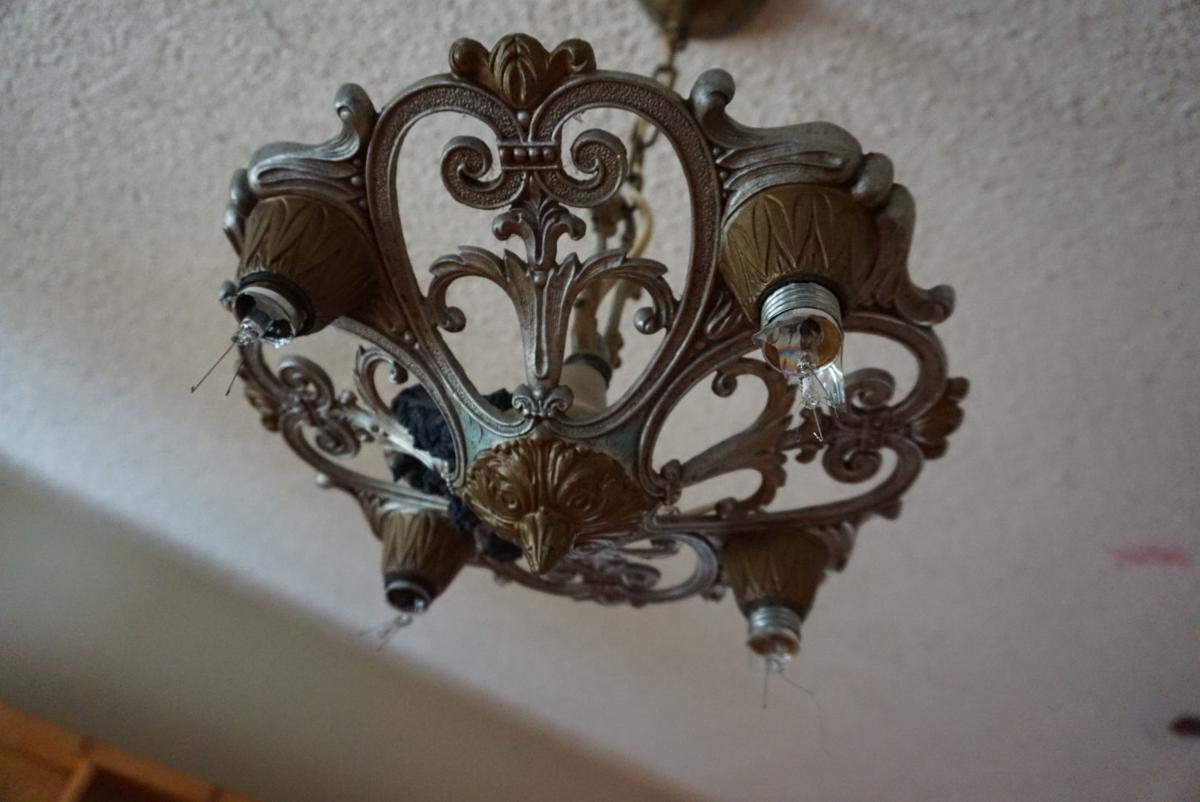 Light bulbs were shattered in every room and there were shards of glass strewn across the floor. 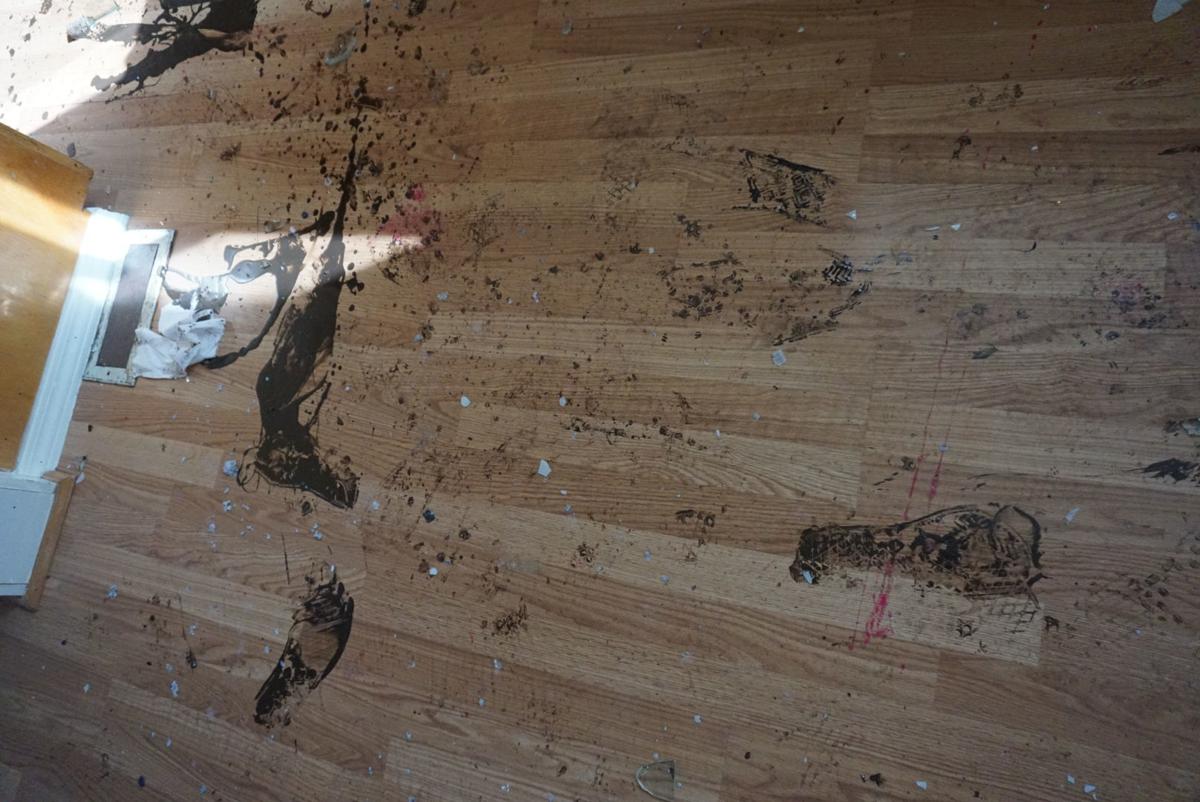 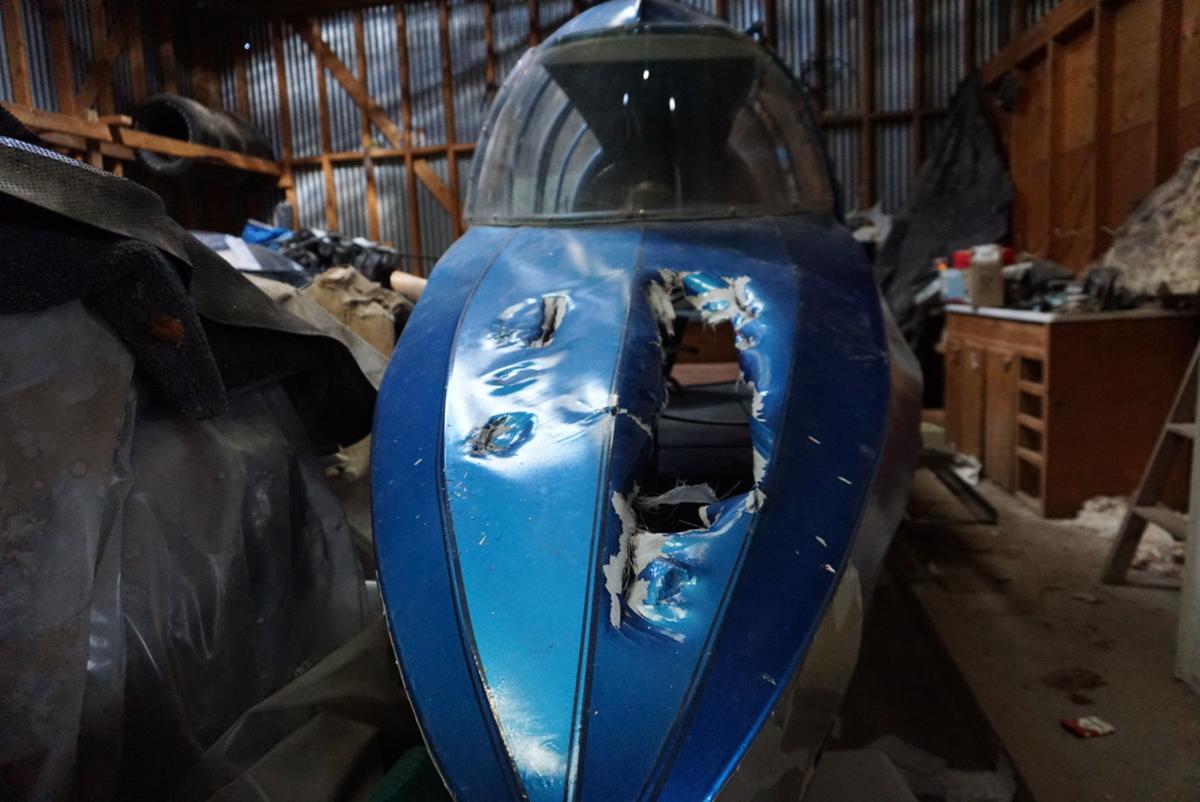 The vandals seriously damaged an impossible to replace snow plane. 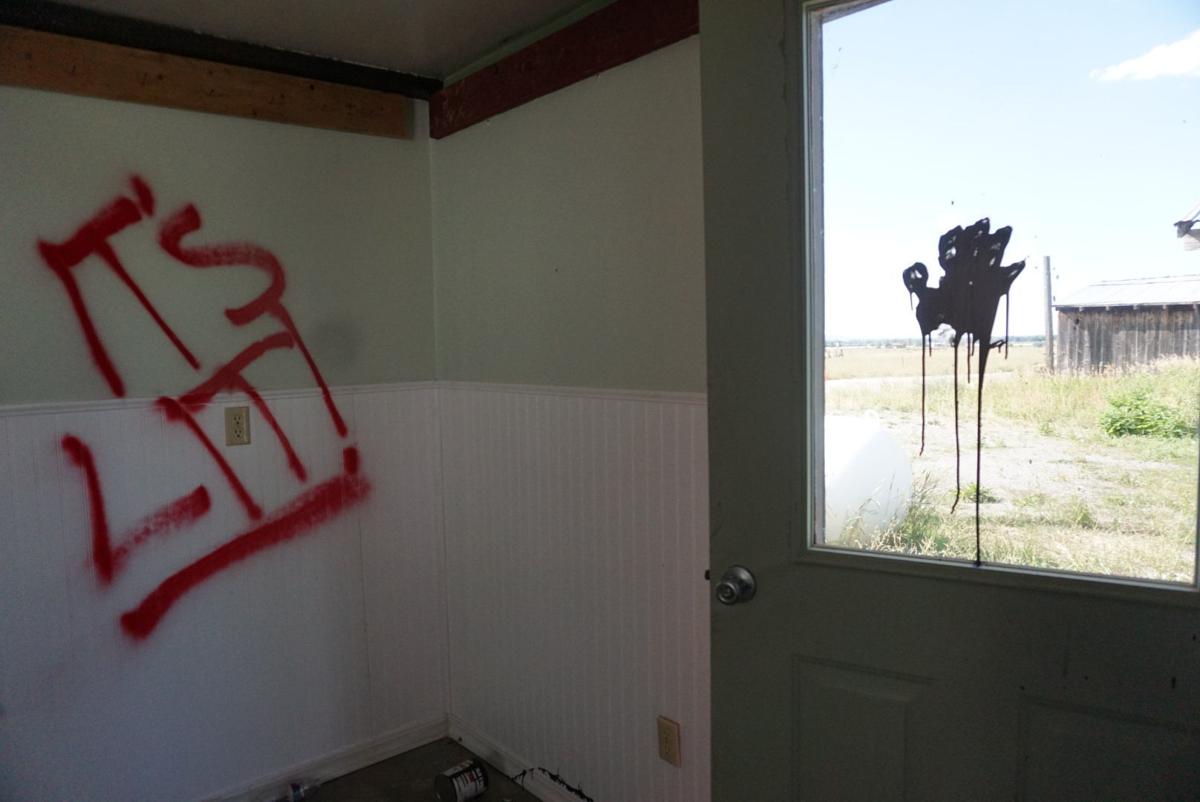 Hand prints and graffiti marred the walls and windows.

The teenagers splattered paint across every room and destroyed light fixtures.

Light bulbs were shattered in every room and there were shards of glass strewn across the floor.

The vandals seriously damaged an impossible to replace snow plane.

Hand prints and graffiti marred the walls and windows.

Correction: The print version of this story mistakenly reports that the vandalism occurred on Monday instead of Sunday. We at the TVN apologize for this error.

After four juveniles laid waste to a vacant Victor rental property on Sunday evening, a diligent investigation by the Teton County Sheriff’s Office quickly turned up those responsible for the damage.

The property owner, Donna Nethercott, received a message around 7:30 p.m. on the evening of Aug. 18 from a neighbor who had seen suspicious individuals entering the vacant house and wondered if Nethercott had sold the property. She immediately went to the rental and found total destruction.

The vandals had smashed light fixtures and mirrors, smeared the walls, floor, and windows with varnish, tar, house paint, and spray paint, threw boxes full of fragile items around, and took an ax to a snow plane parked in the garage.

“It was an ugly, vicious nightmare,” Nethercott said. She had tenants scheduled to move in within weeks, but will have to get the house fixed first.

Sergeant Kendall Bowser, who took the lead on the case, estimated that the vandals did between $5,000 and $10,000 worth of damage.

The neighbor, who had been working on his truck in the driveway, took careful note of what the juveniles were wearing, and Bowser and the two deputies who responded did a search of the area. They located teenagers matching the descriptions, including a boy walking nearby who had black paint on his hands and the bottom of his shoe, the print of which matched prints in photographs taken in the house. Once, apprehended, most of the culprits were cooperative in corroborating the story. The matter was wrapped up by 11:30 p.m. the same night.

Bowser issued juvenile notices to each of the four teens and sat down with each family to impress upon everyone the severity of the juveniles’ actions.

“The families were legitimately appalled and embarrassed,” he said.

The TCSO dispatch supervisor, Heather Frei, said incidents of significant malicious property damage are rare in Teton Valley, only happening once every year or two.

“He had good descriptions of their apparel. It was good community assistance and policing. We as officers can’t be everywhere, so it’s important that we keep our close-knit community.”