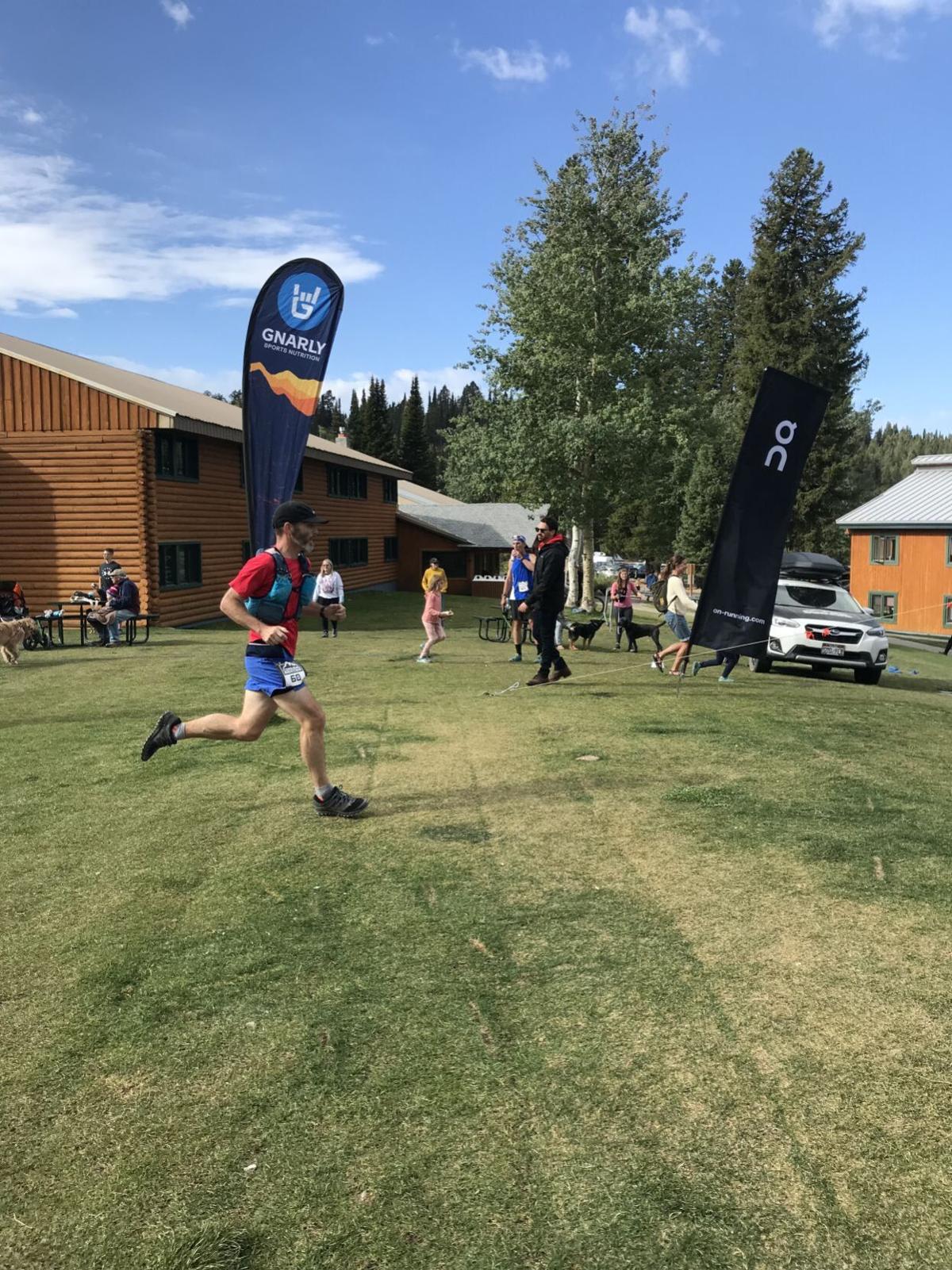 Matt Rich heads to the finish at the Cirque Series race at Grand Targhee. 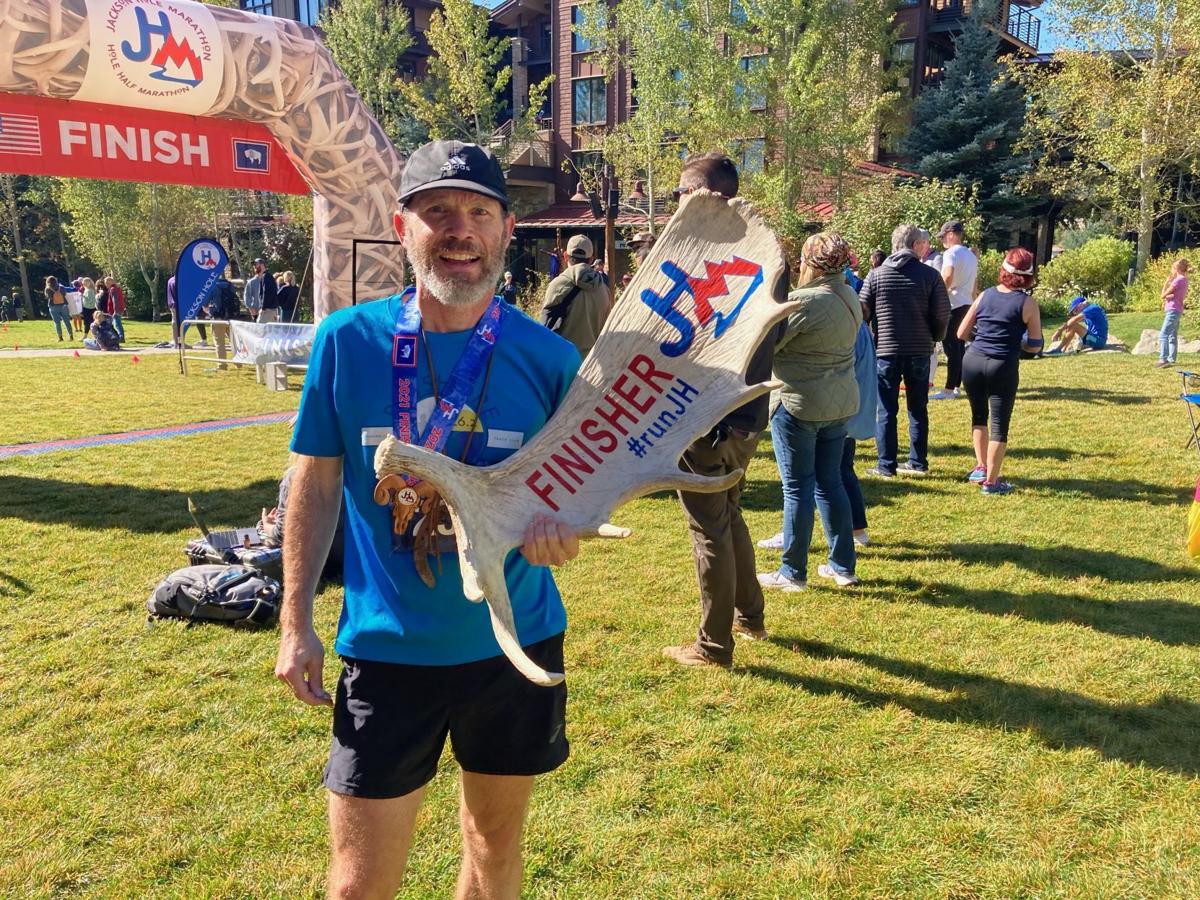 Matt Rich celebrates with his finishing trophy in Teton Village after finishing the Jackson Hole Marathon. 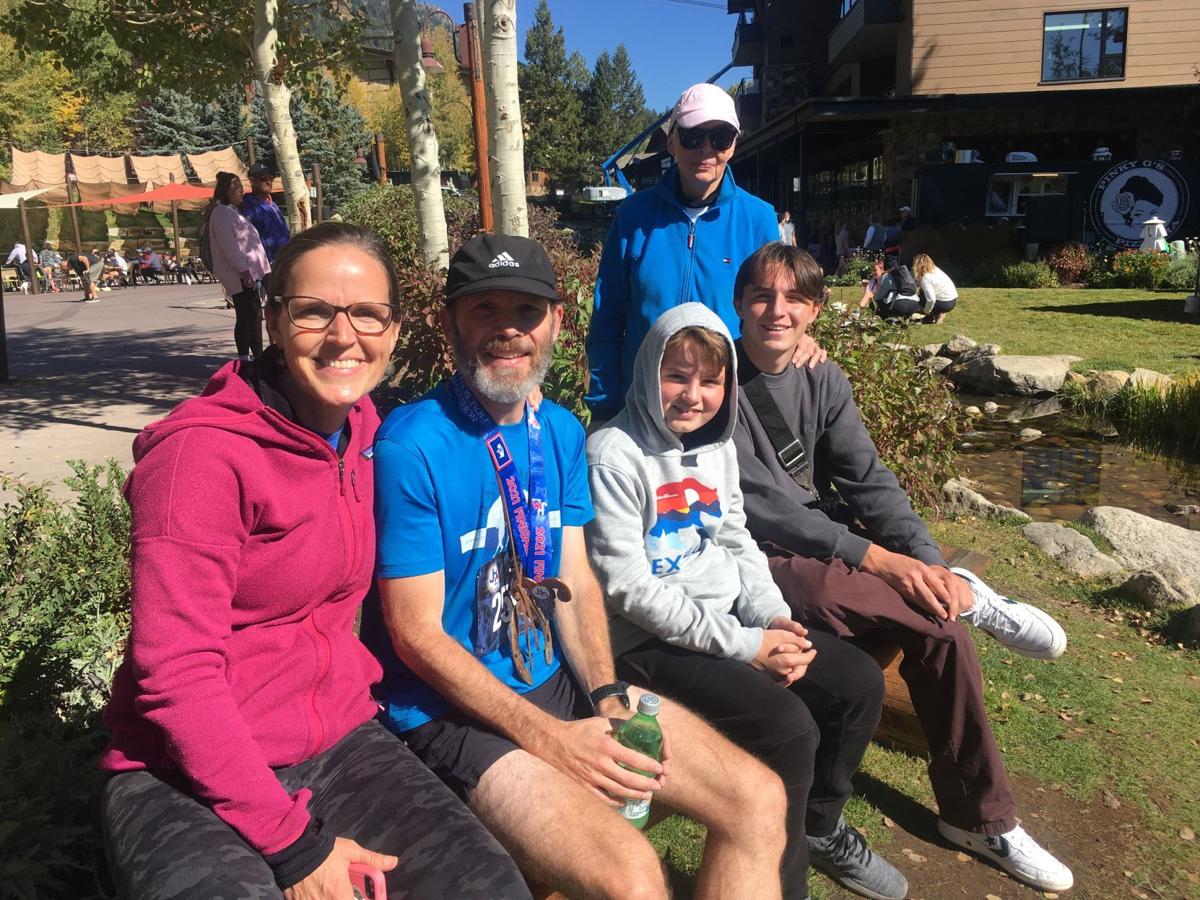 Matt Rich heads to the finish at the Cirque Series race at Grand Targhee.

Matt Rich celebrates with his finishing trophy in Teton Village after finishing the Jackson Hole Marathon.

As his shoes bounce off the pavement, Matt Rich’s rhythm is in full effect.

With each stride, Teton Village and the finish line of the Jackson Hole Marathon get ever closer. Under the golden slopes of the towering Teton range, Rich will soon celebrate a run not only across The Hole but also across the country.

Rich, a relative of the well-known Christensen family of Alta, first grew fond of running events when our idyllic mountain valley was little more than farmland and cowboys.

Back in the ’70s, Rich’s uncle Jim Christensen would put on a half marathon that would go from Bates Road, up to Teton Canyon, and back to the Christensen house.

Celebratory pancakes would be waiting.

“I grew up in Salt Lake, but there was this magical time every year that our family would pack up in the car and spend the week up in Driggs and Alta,” said Rich. “The highlight of this week was this half marathon that my uncle Jim would put on.”

The half would be known to the Christensen clan as “Colter’s Run,” a name inspired by the famous run of trapper John Colter.

Rich’s trip was repeated year after year and would involve all the Christensens that could make it to Teton Valley.

After attending, but not running, many Colter’s Runs as a kid, Rich fell out of the tradition as he entered adulthood and moved out to the east coast.

All of a sudden Rich found himself in his late twenties and “substantially overweight,” not having been back to Teton Valley and the Christensen reunion for many years.

In 2010, he decided to change that, and came back for the reunion and run that he missed in so many years prior.

“In 2010 I finally came back to one of our Christensen reunions and ran in the Colter’s Run,” said Rich. “That was my first time, even though I was 33.”

Rich credits the 2010 run as the beginning of the endeavor that would take over a decade to complete.

“The 2010 Colter’s Run in Driggs was part of this journey for the past 11-ish years of becoming a lot more physically fit and led to running a marathon in each state,” said Rich.

After that run, Rich started to take running more seriously.

This led to preparations for a full marathon.

For his first full-length marathon, he and a group of friends decided to run the 2013 Boston Marathon. As it is one of the most esteemed races in the country, and because they had neither the cash nor qualifications to enter, Rich and his friends decided to sneak into the race.

“I didn’t know anything about how prestigious that race is and they said oh, we can just sneak in,” said Rich. “As the group ran by we just started running in.”

Little did they know, one of the greatest tragedies in sports history would occur at the finish line of the race that day.

Two terrorists, Dzhokhar and Tamerlan Tsarnaev, had set and detonated two bombs at the finish line, killing three and injuring over 250 participants and runners.

“I was about a quarter-mile or so away from the finish when the bombs went off,” said Rich. “Luckily I was far enough away that I didn’t experience it firsthand.”

“I saw a lady running back at me that was a runner that looked like she had just seen death, crying and completely distraught,” he continued. “That was my first experience in a formalized marathon event.”

The experience had a profound impact on Rich.

“The question is, what do you do after that?” said Rich.

Rich’s answer was to get back on the horse immediately.

The first marathon he formally entered and completed was the Hartford Marathon in Connecticut. Throughout those first marathons, Rich had heard of other runners attempting to do challenges such as to do a marathon in each state.

“It just blew my mind that it could be such a massive idea that seems so unattainable but so intriguing at the same time,” said Rich.

Another race that had a large emotional impact on Rich was the Marine Corps Marathon, held in Washington, D.C.

“What’s cool about the Marine Corps Marathon is that there are a lot of military veterans that have lost limbs or suffered traumatic injuries in the event,” said Rich. “It is a humbling emotional experience to have a guy next to you working his can off trying to hand-cycle up a hill because he doesn’t have any legs.”

Those experiences, along with others, kept the motivation at a high level for Rich throughout his journey to complete the 50 races in 50 states before age 50.

After the first couple of marathons, Rich started to figure out just how challenging it would be to accomplish his goal.

“I was intimidated for a lot of different reasons,” said Rich. “A lot of the bigger races are fairly expensive for me to join.”

The financial costs, let alone the physical and mental challenges, added to the adversity for Rich. These larger races can run an entrant around $100 just to sign up, if not more.

“Times that by 50, plus the travel and all the other stuff,” said Rich.

Rich conquered these challenges not through a desire for competition, but the allure of travel.

“An important aspect for me was I wasn’t racing against anybody,” said Rich. “There were a lot of these marathons I did because I wanted to go see some cool part of the country that I otherwise wouldn’t have a reason to.”

In 2019 alone, Rich crossed 13 different states off his list.

“Some people that I interact with where I live think I’m nuts because you know you’re supposed to recover,” said Rich. “I see it as why would I ever stop?”

A particular example of this mentality occurred two weeks before the Jackson Hole Marathon.

Rich ran the Big Cottonwood Marathon in Salt Lake City on a Saturday, hopped on a plane immediately after the race, and completed the Bozeman Marathon in Montana on Sunday.

“Why not right? Might as well do them back to back,” said Rich.

To get to this level, Rich would begin to ramp up his miles per week in late winter from around 40 miles a week in March to 60 or 70 miles a week in May. He would also diversify his running, utilizing track workouts/meets, interval training, and smaller competitive events.

“My mileage maxed out around 100 miles a week,” said Rich. “It’s pretty cool to see how back in March running 13 miles felt harder than in August where I could go a lot faster.”

To get used to the challenges of altitude and large slope lengths and gradients, Rich would travel to mountainous areas out east, such as Mt. Washington in New Hampshire.

Rich would also negate these concerns by spending extended periods out West, and by being efficient with his time in the region.

He would also use his non-race days to do bigger hikes that would in turn help streamline his acclimatization process.

“By the time the Jackson run came along, I felt I had been acclimatized already,” said Rich.

Over the Finish Line

The 46-year-old would end up finishing his challenge a little less than four years ahead of schedule.

In the week leading up to the JH Marathon, Rich would prepare with a bunch of classic Teton Valley adventures.

A week before the race, he ran the Cirque Series at Grand Targhee. Runners ascended the south aspect of Fred’s, summit Mary’s Nipple and Peaked, then finished back at the base area.

In between the finish at Targhee and the start of the JH marathon, Rich also hiked from Teton Canyon to Hurricane Pass and back.

On a separate outing, Rich also summited Table Rock, bushwhacked to Cascade Canyon, and finished the traverse at Jenny Lake.

“I purposely chose Jackson as my finishing run because of the ties to Teton Valley and because my mom was born in Jackson,” said Rich. “It was so, so beautiful. In the morning there was a fog hovering over the pastures with the elk bugling off in the distance, what a beautiful area of the country.”

The JH Marathon was the cherry on top for Rich, who posted a time of 3:28:43, earning him a second place finish in the 40-49-year-old men’s division and seventh overall.

Pretty impressive considering he lives at 160 feet above sea level.

“It was such a privilege to be a part of that,” said Rich. “The (Jackson Hole) marathon was the icing on the cake to a week of spending awesome times in the mountains.”