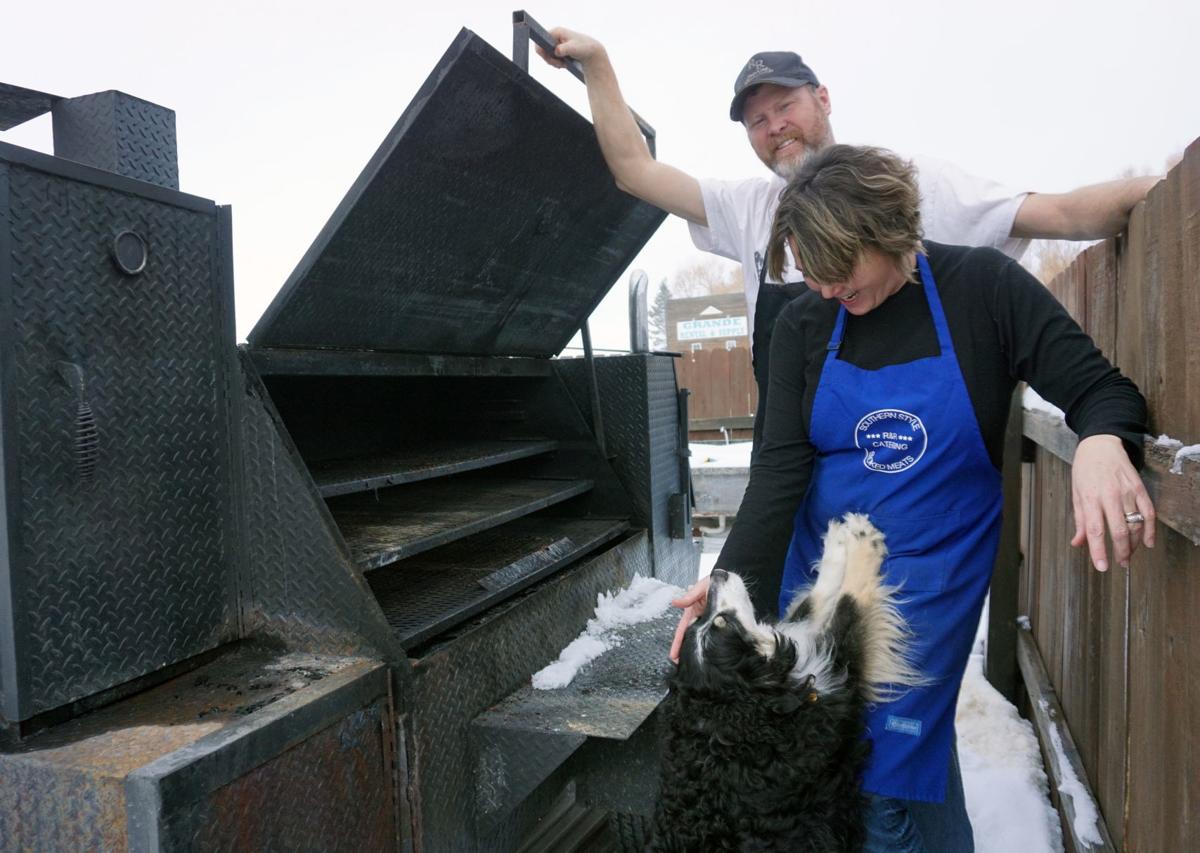 Ron James, Retta Feller, and Razz pose with their backyard smoker, the integral part of their BBQ shack and catering operation. 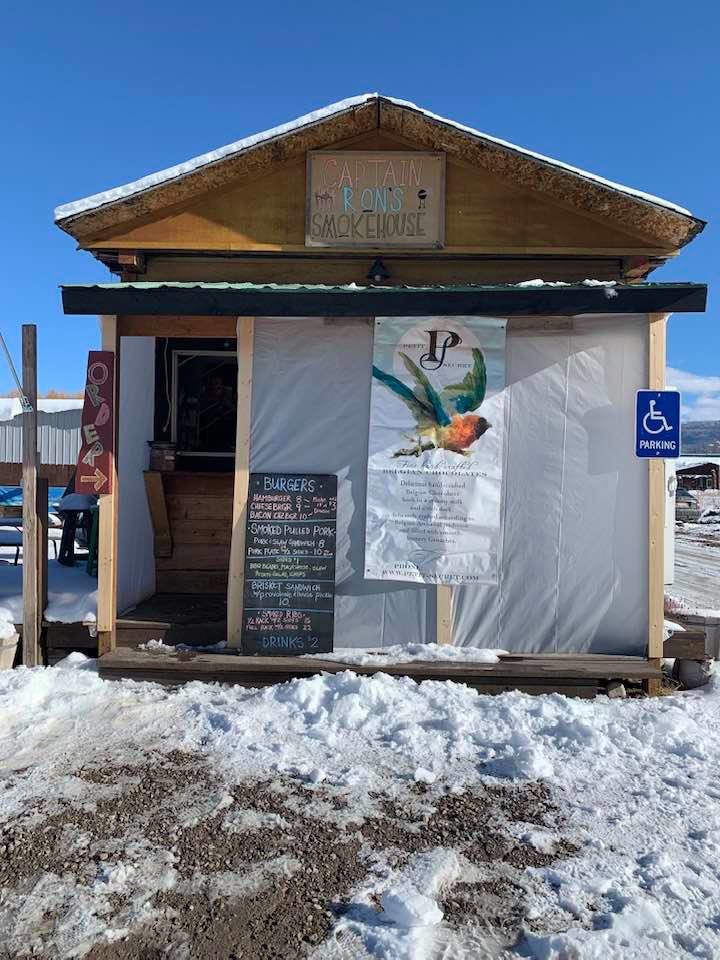 James and Feller haven’t had to do much to improve the little food hut on the highway next to Grand Rental, besides building a deck to hold the smoker.

Ron James, Retta Feller, and Razz pose with their backyard smoker, the integral part of their BBQ shack and catering operation.

James and Feller haven’t had to do much to improve the little food hut on the highway next to Grand Rental, besides building a deck to hold the smoker.

Ron James of Mississippi and Retta Feller of Missouri have brought a taste of the South to Driggs with Captain Ron’s Smokehouse.

While James and Feller just opened up shop in the shack next to Grande Rental last August, they had already amassed a following with their catering business, R&R Catering, and with their appearances at Music on Main and Jackson Hole Live.

The couple worked at Hatchet Lodge in Moran for over a decade. That’s where the smokehouse’s name came to be—cowboys, spurs still on, would sidle up to the bar and call James “Cap’n Ron.” Nothing naval about it. They then moved to the valley and got into catering, originally working out of Bill Boney’s commercial kitchen to sling meat for weddings, family reunions, and corporate retreats, feeding up to 300 people, mostly just the two of them.

“We work good together,” Feller said.

The commercial kitchen was in high demand, however, and they decided they needed their own space, right around the time John Perry (known to many as Johnny Darkhorse) permanently closed the window at Chops Eats. (Darkhorse’s innovative sandos can still be found at Citizen 33.)

With little effort put toward advertising the eatery, James and Feller were happily surprised at how busy the winter has been. They know they’ll need to hire for summer; they often work several catering gigs each week in the high season.

To snag more attention, they’ve been offering free delivery within Driggs on Thursdays and Fridays, something that’s hard to come by in the valley.

The stripped down menu at Captain Ron’s Smokehouse features meat—cuts that are grilled, crusted, glazed, and, more often than not, smoked. James said when Southerners stop by (and there are more here in the Northern Rockies than you might expect) they say the smokehouse gets it right. Pimento cheese sandwich with bacon jam? BBQ glazed smoked bologna? Sure thing. And the tri-tip sandwich is such a hit that James will probably make it a regular instead of a special. The sides are all homemade and Feller said they literally can’t keep their pickles in stock at Music on Main. They’re looking forward to using local produce on the menu once farmers market season comes around, and when the little astro-turf’d patio area melts out, people are welcome to gather, bring their dogs, and drink local brews.

As if that isn’t enough, Feller also makes Belgian chocolate under the name Petite Secrets. The decadently creamy salted caramel truffle is her most popular product, but the truffles with Grand Teton Distillery huckleberry vodka or bourbon are also hot sellers.

Mostly what Feller and James are selling is simplicity—quick, fresh food from the smokehouse or easy, affordable catering for weddings, the Super Bowl, or any sort of get-together. Visit with them during lunchtime at the shack or call (307) 690-1298 or (307) 690-6166 to place an order.