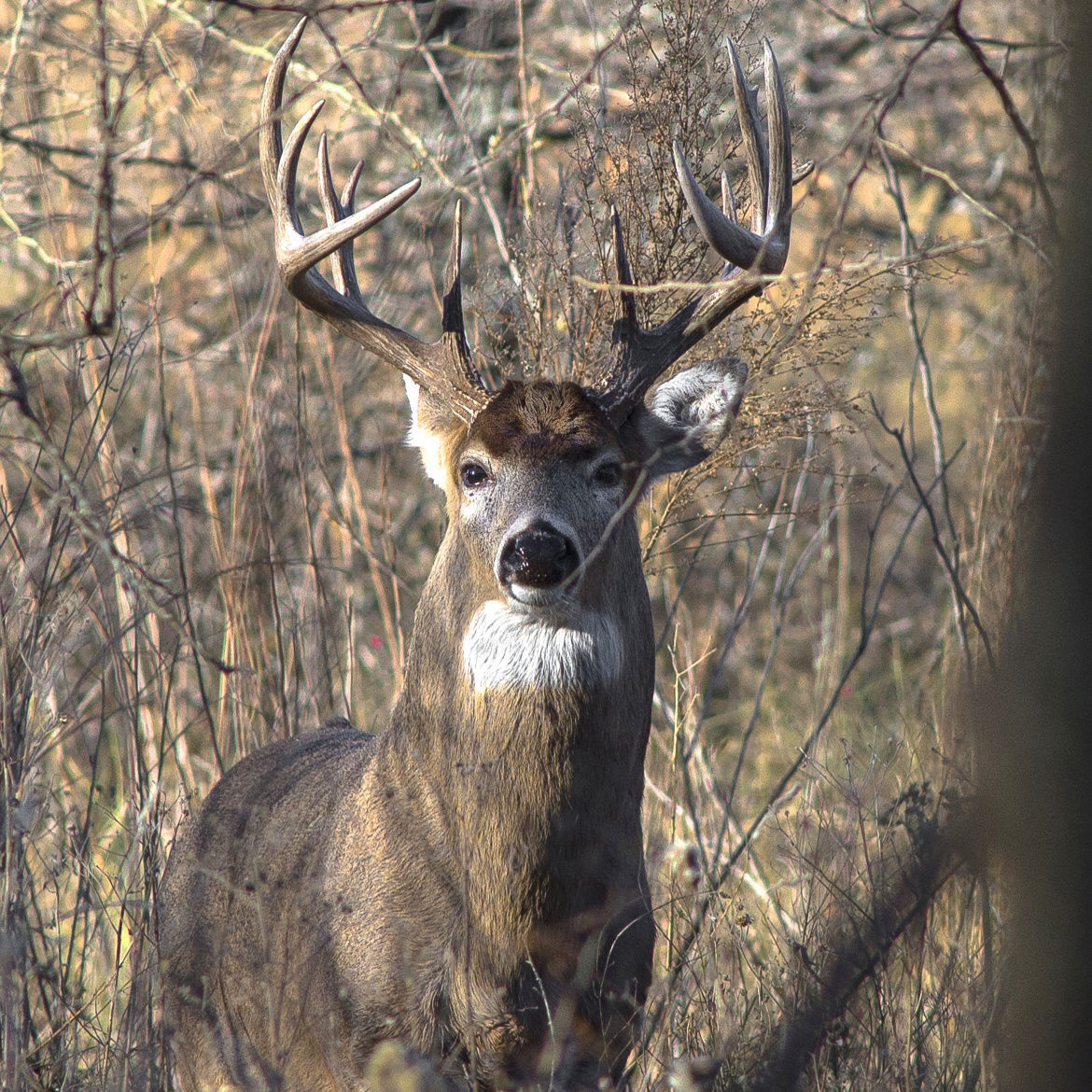 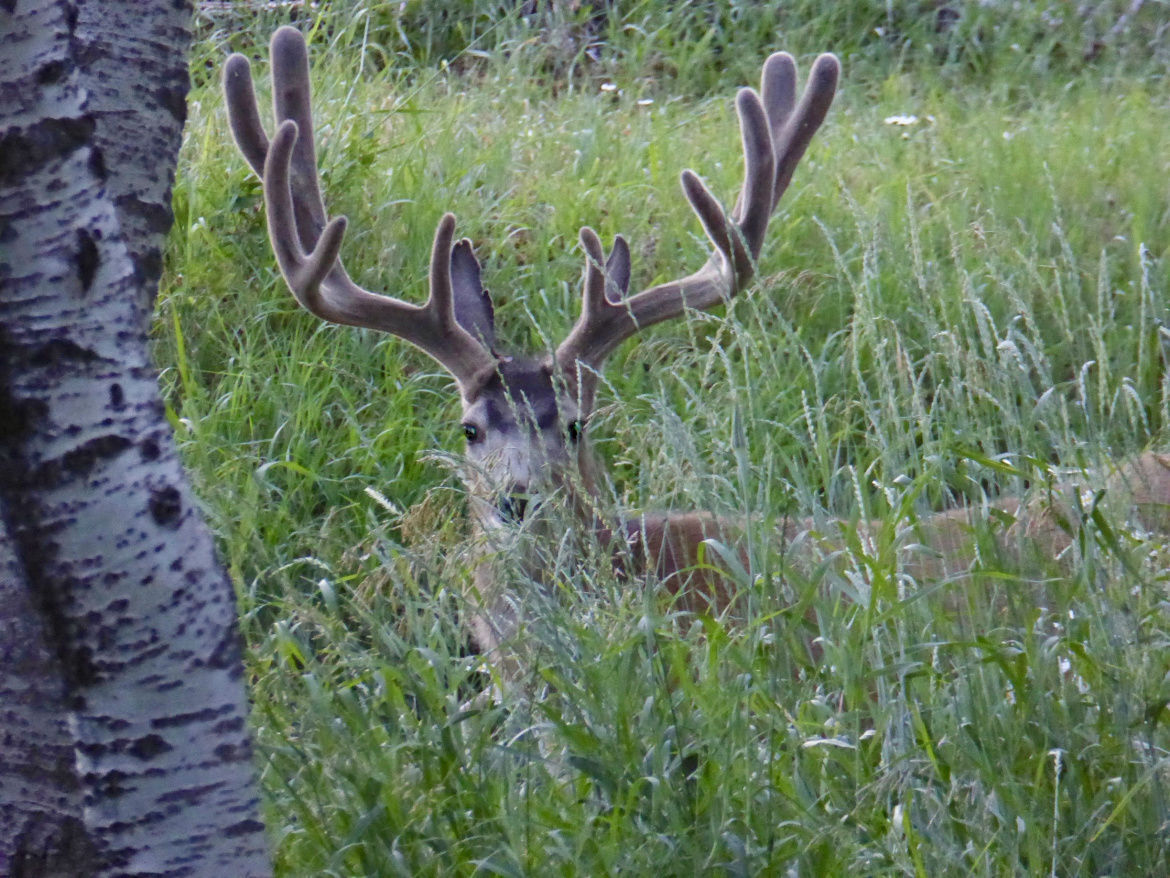 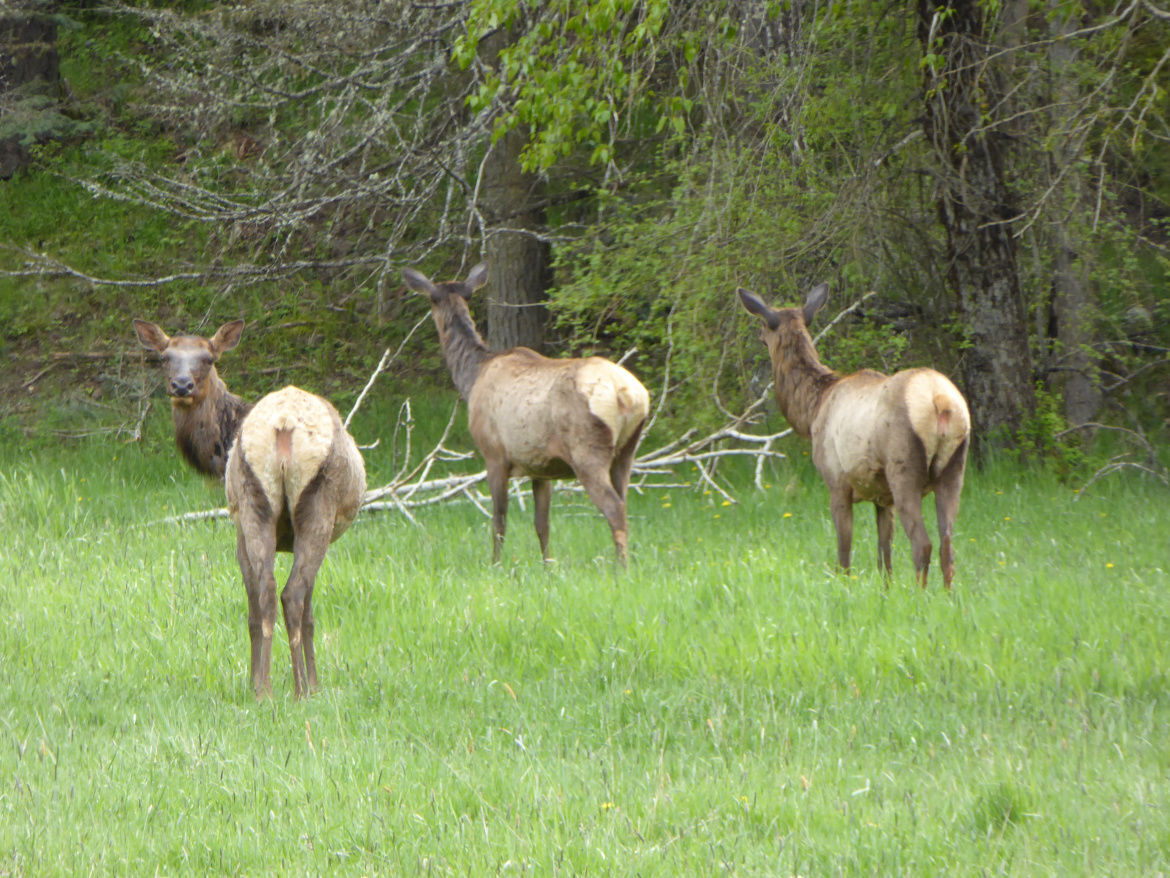 Elk and whitetails continue to thrive, and mule deer herds are bouncing back

Deer and elk hunters should see plenty of game in Idaho during fall hunts as mild winters have helped rebound mule deer herds hit hard in recent years, and Idaho’s elk herds continue to soar and harvests have come roaring back over the last six years.

In recent years, mule deer hunting has been on a bit of downswing, but 2020 could shape up to be a momentum changer.

The three-year stretch of winters spanning from 2016-2019 was tough on many of Idaho’s mule deer herds, largely due to poor-to-average fawn survival — including the second-lowest on record in 2016-17 — and harvest numbers have reflected that trend.

In 2019, Idaho hunters harvested 23,679 mule deer, 3,294 fewer than 2018, which is a decrease of about 12 percent. It was the lowest total since 2011, and about 15 percent lower than the 10-year average harvest of 27,964 animals. When you consider that about 80 percent of the mule deer in Idaho’s herds are between 1 and 3 years old, and take a look at the winter fawn survival numbers for the few years leading up to 2019, the dip in harvest was likely inevitable.

The good news for Idaho mule deer hunters is that the statewide fawn survival data from last winter paints a brighter picture for 2020.

“Harsh winters tend to have more of an effect on mule deer than they do on elk. The flip side of that is when conditions are good, a deer herd can grow more rapidly than an elk herd,“ said Rick Ward, Deer/Elk Program Coordinator. “Throughout southern Idaho this winter, we had above average winter fawn survival, which bodes well for the upcoming mule deer season.”

About 63 percent of radio collared fawns survived last winter, which is the highest number in four years and above the 20-year average of 57 percent. Couple that with the fact that, despite poor-to-average fawn survival from 2016-19, overwinter survival of does remained high (above 90 percent), and Fish and Game reduced antlerless hunting opportunities to further protect breeding-age does and prime the state’s mule deer herds for a rebound.

The indications are there will likely be more young bucks available for hunters to pursue this fall. In the grand scheme of 2020 hunting season, that could be significant, because yearling, or two-point bucks (which were born last year), typically make up a significant portion of the buck harvest. All things considered, it will likely to be a good year for mule deer hunters — although they shouldn’t expect any harvest records to be broken in 2020.

“While it was above average, the overwinter survival of this year’s crop of fawns is not going to make up for the poor survival we saw in 2016-17 and 2018-19 in one fell swoop, particularly in those areas that were hit hardest in those years,” Ward said. “But it is a positive sign for our mule deer herds and for hunters.”

It should be noted that fawn survival was not consistent throughout the state, so some areas were closer to average, and a few fell below. The number of animals available for hunters, as well as success rates, will vary significantly throughout mule deer country.

While many of the mule deer herds around the state are in better shape this year than they were in 2019, Ward pointed out that hunter congestion could prove to be more prevalent this year, particularly in areas that are more popular with mule deer hunters.

Because resident general deer tags are sold throughout the hunting season and unlimited for residents, it’s hard to project how many of resident hunters will be in the field come fall. However, if the the speed at which nonresident general deer tags sold out this year (two months sooner than they did in 2019) is any indication, deer hunter numbers could also be up this year after dropping a bit from 2018 to 2019.

Idaho elk hunters enjoyed another year of excellent hunting in 2019, harvesting 20,532 animals statewide. Elk hunters in 2020 can expect that trend to continue.

“I think all indications are that this should be another very good elk season,” Ward said.

Fish and Game is currently meeting or exceeding its population goals for bull elk in 17 of 22 elk zones, and 16 out of 22 for cow elk, Ward said. The elk harvest in 2019 was down from the prior year by about 8 percent, but it was still good for fourteenth highest of all time, and fifth highest in the past decade. The statewide elk harvest has exceeded 20,000 annually for the last six years, which has not happened since the all-time high harvests between 1988-96.

“We are in the second Golden Age of Idaho elk hunting,” Ward said. “The distribution of elk has definitely changed since the 80s and 90s, when there was that first pulse of high elk numbers and the Lolo Zone was leading the the way. That’s not the case anymore, but now our elk populations in the front country — particularly in Southern Idaho — are doing fantastic.”

As word has gotten out about the resurgence of elk hunting in Idaho, there has been a corresponding increase in the number of hunters, which have exceeded 100,000 annually over the last six years. Fish and Game’s generous allocation of over-the-counter, general hunt tags, and a broad range of antlered hunting opportunity, particularly for archery hunters, is appealing to resident and nonresident hunters. The allotment of nonresident elk tags sold out by June 17 this year. It’s the fourth-straight year that has occurred, and it’s happened earlier each year.

During 2019-20 winter, Fish and Game managers monitored 704 radio collared elk in various parts of the state. Adult cow survival was 97 percent and calf survival was 73 percent — up from 66 percent in the 2018-19 winter. The leading cause of mortality for elk calves was mountain lions, and for cow elk it was a tie between hunter harvest and mountain lions.

Ward said that elk tend to be hardier than mule deer and capable of withstanding harsh winters. That typically makes elk populations easier for biologists to manage through hunting. As elk populations have redistributed and continue to grow in these “front country” areas, in some cases pushing the boundaries of social tolerance, it has presented wildlife managers with unique challenges. During the last season setting cycle in 2019, wildlife managers responded by offering increased elk hunting opportunity in these areas, including general, either-sex hunts; over-the-counter cow tags; and generous antlerless controlled hunt tags. These expanded antlerless opportunities are a great way for hunters to put meat in the freezer while helping to manage elk populations, and it’s something they should take greater advantage of this year.

“One of the challenges we face in managing elk populations is getting enough hunters to hunt hard for and harvest antlerless elk in areas where we are working to bring elk herds back to the population objectives in the statewide elk plan,” Ward said.

There’s a bit of irony when it comes to Idaho’s whitetail hunting. It’s been so good for so long that good has become average.

When you look back since 2004 when Idaho’s deer harvest statistics were segregated between whitetails and mule deer, whitetails were a smaller portion of the statewide deer harvest with mule deer being the majority of deer taken by hunters.

But over the years, that proportion has shifted and whitetails now represent nearly half of the statewide deer harvest, despite 90 percent of whitetail harvest coming out of just two regions: the Panhandle and Clearwater.

Hunters took 21,540 whitetails in 2019 and had a 38 percent success rate. Whitetail harvest was still below mule deer (23,679), but whitetail hunters’ success rates were nine points higher than mule deer hunters.

While 2019 whitetail harvest was down 14 percent from 2018 and the lowest since 2011, biologists said that’s likely a normal variation in annual harvests, not a sign of declining whitetail populations. They point out that weather during hunting season can account for a 10 to 20 percent swing in harvest, and there’s been no unusually harsh winters in the Panhandle and Clearwater regions that might have curbed the state’s largest whitetail populations.

Whitetail hunters should expect good, or average, whitetail hunting in the state again in 2020. Winter weather was normal and there were no signs of excessive winter die off. So far, there’s no sign of an EHD or blue tongue outbreak, which are two diseases that can hit in late summer and kill lots of whitetails right before hunting season.

With a little help from the weather and plenty of hunters in the woods, there’s no reason the 2020 whitetails harvest can’t bounce right back to around the 10-year average of 24,568 white-tailed deer.

Elk: By and large, our elk forecast is really good. All of our elk herds are at least meeting our objectives. We do recognize that our Palisades Elk Zone is one that performs on the lower end of our objectives compared with others, and part of that is by design. But we do recognize that, and will probably be evaluating that come season setting this fall.

Elk hunters should have plenty of elk to chase, and I think one of things that is going to dictate the success of elk hunters is the weather. Hopefully it will cool off here and we’ll have some better temperatures to hunt elk in than where we are now.

Mule Deer: On a regional level, mule deer hunting is likely to be middle-of-the-road this year. We’re not back where we were going into the 2016-17 winter, when things were really, really good. We’re still trying to recover from that winter, along with a couple of winters with elevated fawn mortality since then.

Our fawn survival over this past winter was actually pretty good, and I expect that we gained a little in our mule deer population, which is a good thing, and we should have a good age class of yearlings for hunters to pursue in the fall. But we will need a string of a few winters with above-average fawn survival to really start pushing us back to those upper levels of mule deer harvest that we saw prior to 2017.

White-tailed deer: We don’t have any reason to believe our whitetail are in a bad place, and our whitetail hunting should be about normal, or average to what it has been over the last number of years. While whitetails aren’t broadly distributed throughout the region, we have elevated numbers of whitetails in pockets of the Teton Valley, specifically in units 62, 62A, 65.