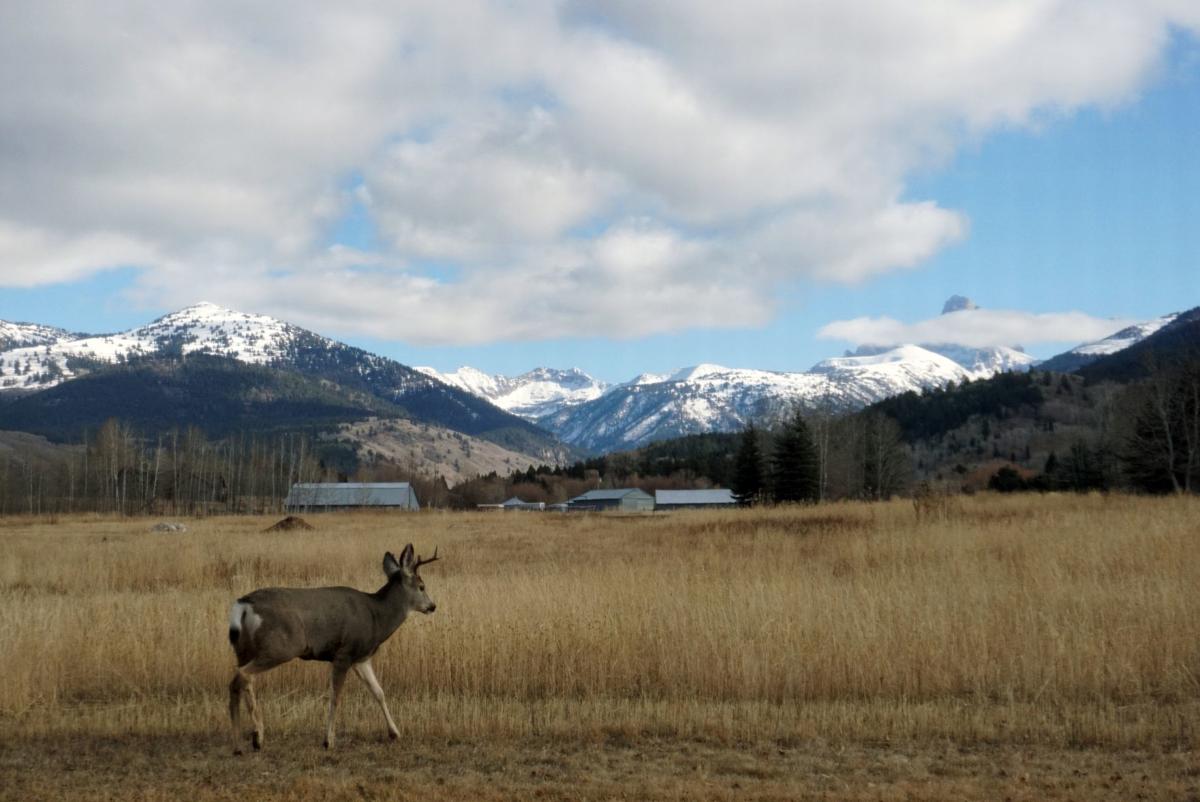 Branch manager Eva Dahlgren joked that she has wildlife queued up to appear when visitors are looking out the windows of the library. And then a young buck walked past. 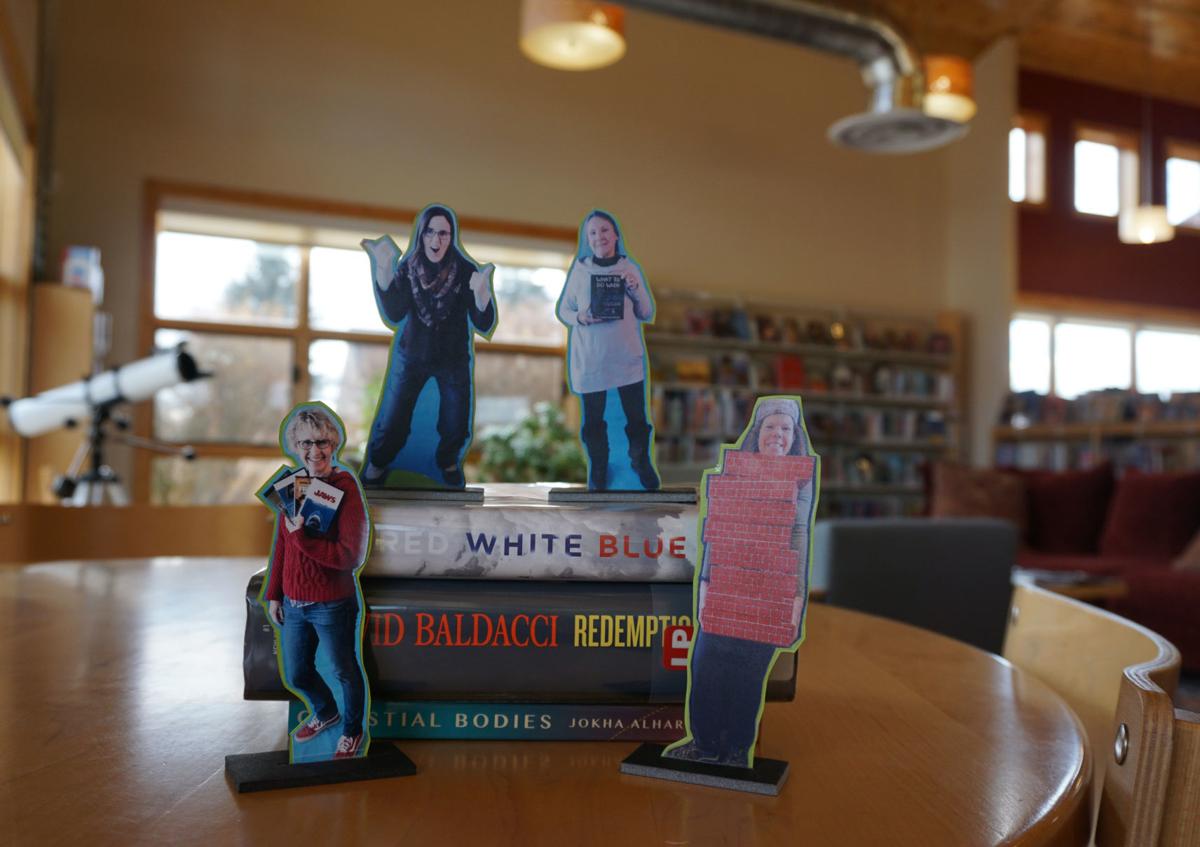 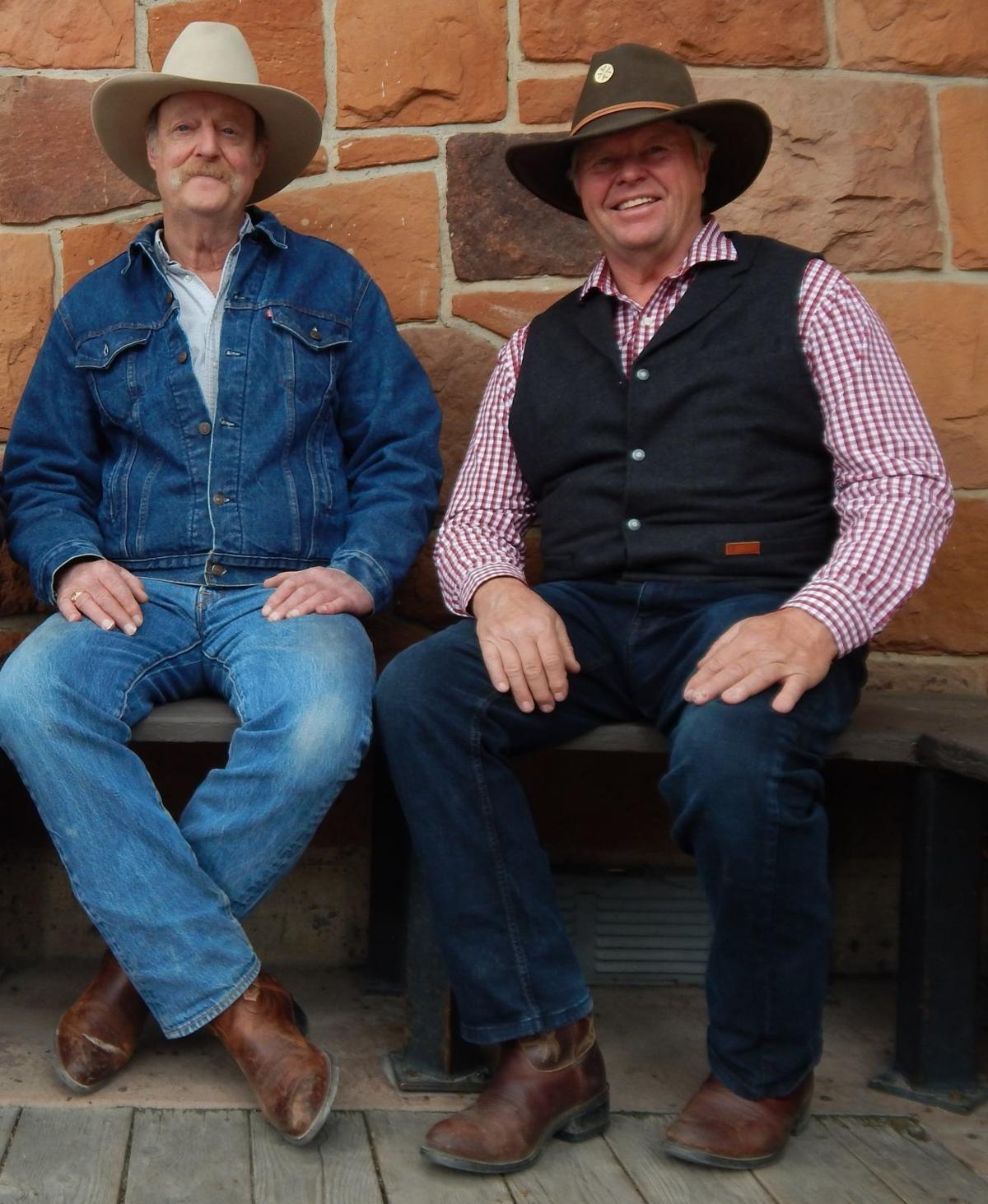 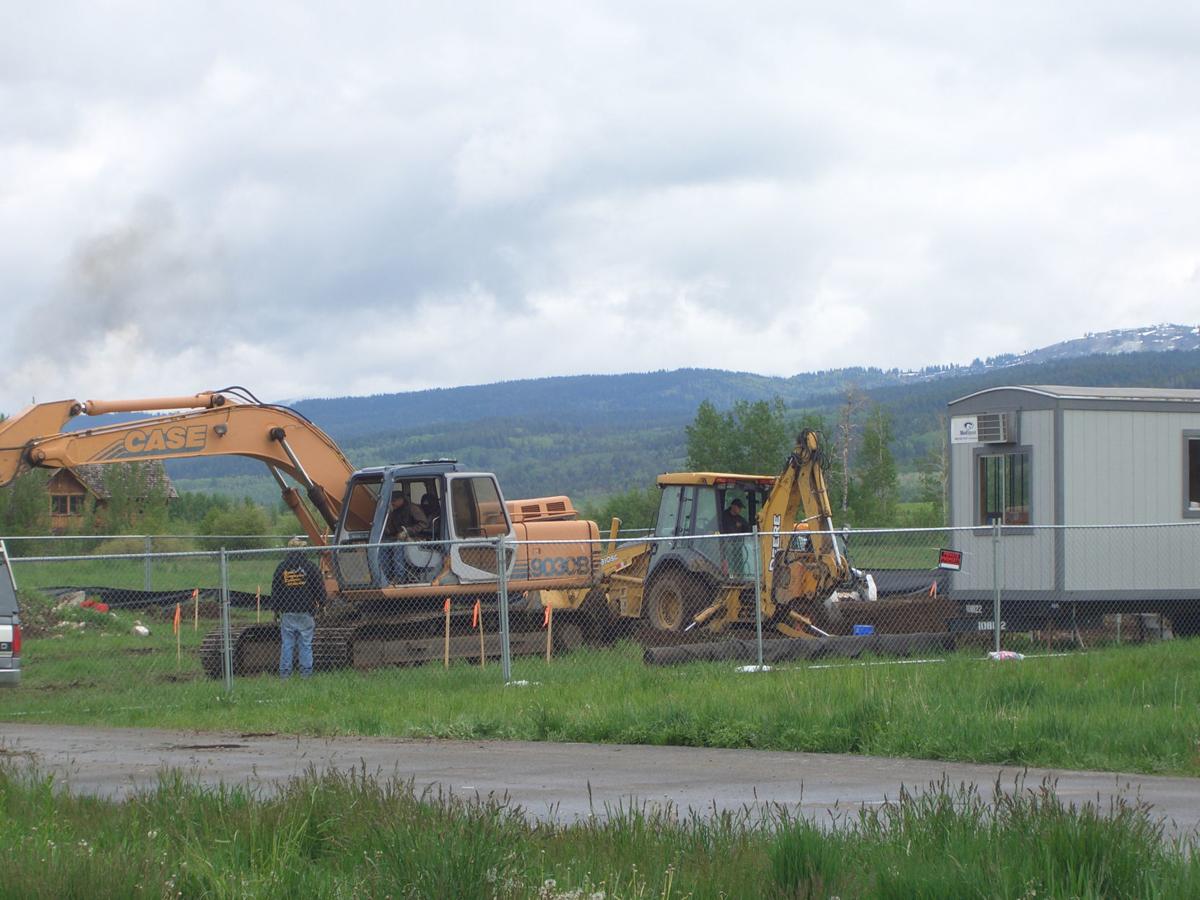 Crews break ground on the permanent location for the Alta Branch Library in 2009.

On Friday, Dec. 6, the Alta Branch Library will hold its 10th anniversary party, but that’s only a celebration of the building itself; the spirit of the library has existed for over 60 years.

Alta resident Doris Moss started the first library in the 1950s when she was a schoolteacher, bringing books up from Jackson and Idaho State University. The library was made official, with paid staff members, in 1958 and was housed in the Alta Elementary School, where it stayed until the mid-2000s, when school district asked the library to relocate because of safety and space concerns.

That’s when the library moved into the bookmobile. Branch manager Eva Dahlgren remembers the vehicle, which stayed parked in the school lot, with affection; it was very small, with one public computer and a circulation desk crammed into the driver’s seat. Librarians did a lot of courier service, ferrying titles from Jackson to appease the local bookworms.

Dahlgren was first hired as a substitute, part-time, assistant library in Alta when the library was housed in the school building. She then worked around ten years at what she calls “the mothership,” the main library over the hill in Jackson, occupying different departments including youth services and interlibrary loans. She and her kids used to love attending Alta Branch’s thoroughly unique summer programs. After receiving her master’s degree in library sciences, she took over from Gretchen Notzold as branch manager in 2016.

Alta knew that the bookmobile was only a placeholder, and soon the township had its permanent library. The county bought the 1.5-acre site from St. Francis of the Tetons Episcopal Church for $162,000, according to newspaper articles from the time. The 2,400 sq. ft building was designed by Humphries Poli, the architecture firm that also did the main branch’s 2013 renovation. The building cost around $815,000 and was funded with a grant from the State of Wyoming. The community rallied to fundraise for furniture, books, and other essentials. The new building opened on Dec. 1, 2009 and held a grand opening celebration on Jan. 15, 2010.

The library includes a children’s space, teen corner, meeting room, and quieting reading spaces, and was designed to evoke a historic one-room school house. Big picture windows reveal the Tetons, naturally, but also the wide open farmlands to the north, where storms scurry in from the Snake River Plain. Librarians and patrons enjoy frequent wildlife sightings and visits from chilly XC skiers who can park their skis just outside the door.

“Alta residents have a lot of ownership and pride in the library,” Dahlgren said. “When you come here, it feels like you’ve found this hidden gem, and maybe we don’t want everyone to know about it. It’s a quiet, unique space. I joke that it’s a destination library, because it’s beautiful, but also we’re kind of at the end of the road.”

Library cards are free to Teton County, Wyoming residents and $20 for non-residents. Dahlgren describes Alta Branch as just the tip of the iceberg; a card opens the door to the sizable resources of Teton County Library, both physical and online, from archives and audiobooks to book courier services and historic collections.

In a small, isolated place like Alta, the library serves an essential function as the hub of the community, open to anyone who wants to mosey in. It’s also a meeting space, a polling location, and a good source for local gossip. Dahlgren overflows with love for libraries and sometimes dances around with giddiness.

“It’s about creating a public place,” she enthused. “We feel like there are silos of groups, of thoughts, and this is a place that everyone can share. You want a library to be representative of its community but also to present new, diverse ideas.”

The anniversary party runs from 2 to 3 p.m. on the afternoon of Dec. 6 and will feature prairie blues tunes from Mike Hurwitz and Jerry Linn, and carrot cake baked by library assistant Virginia Grosse. The combination, dubbed Cowboys and Cake, is a frequent attraction at the Alta Branch. Teton High senior Ripley Schultz is doing her senior project on the history of the library and might have a short presentation prepared for the party. Dahlgren requests that attendees RSVP online at www.tclib.org/1369/Alta-Branch-10th-Anniversary-Party.