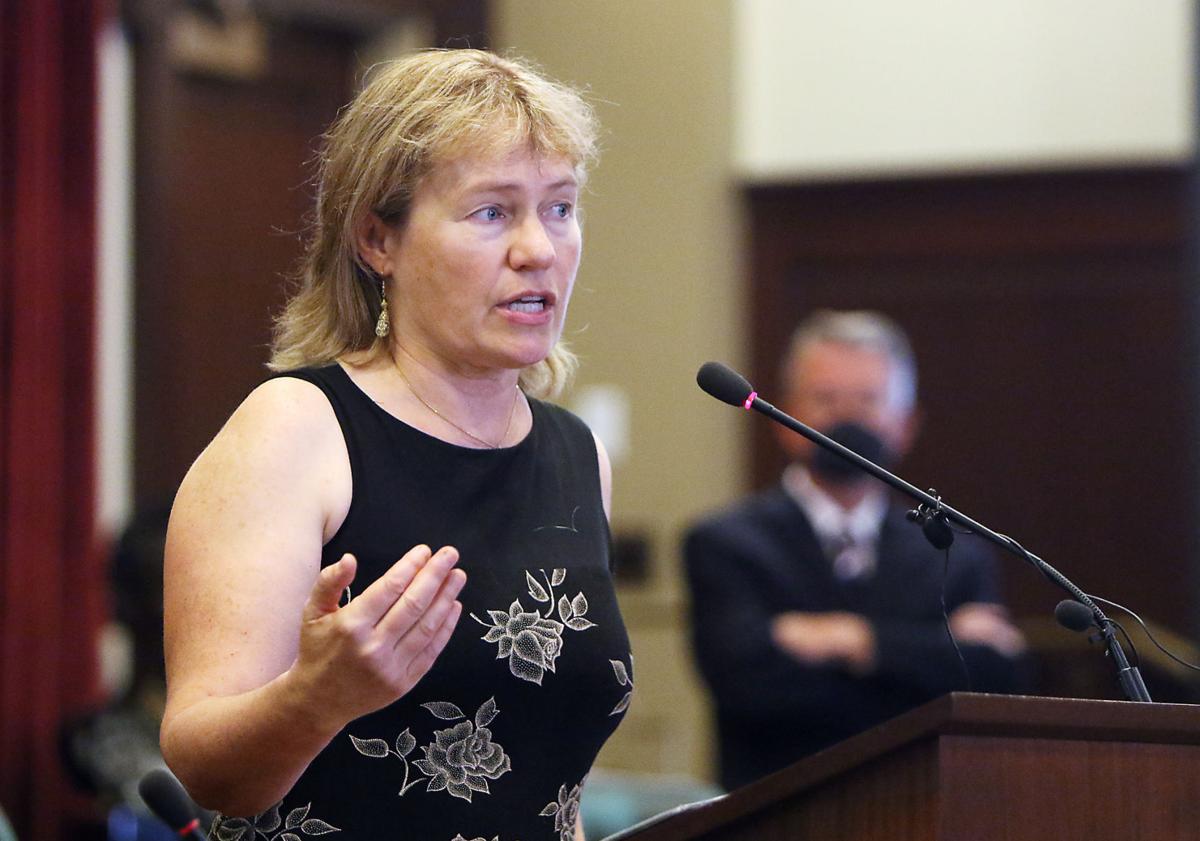 Gov. Brad Little looks on in the background as Dr. Christine Hahn addresses members of the media during a press conference in Boise on June 25.

Gov. Brad Little looks on in the background as Dr. Christine Hahn addresses members of the media during a press conference in Boise on June 25.

BOISE — July has not been a good month for Idaho on the coronavirus front, with two-thirds of all Idaho’s COVID-19 infections to date reported since July 1, and the month’s tally of deaths now surpassing April’s high, making July the deadliest month for the virus in Idaho, even before the month ends.

Dr. Christine Hahn, Idaho state epidemiologist, said, “I think everybody relaxed.” After Idaho’s case numbers fell during the statewide shutdown in the spring, and then businesses began reopening, “A lot of people did less social distancing,” she said, and “stopped worrying so much about being around other people. Funerals and weddings and family barbecues resumed, and of course we had a series of holidays.”

But that’s how the virus spreads — by people being together.

“For the period of time that people took this seriously, we did pretty darn good,” he said. “But then here comes summer. People want to get back with their lives.”

Hahn said the message that didn’t get through strongly enough was that the reopening of businesses needed to be accompanied by preventive measures, including social distancing, good hand hygiene, staying home when sick and wearing masks when out in public.

She said the state is working on a communication campaign about mask-wearing. “I was really glad that the president has changed his message,” Hahn said. “I hope we can also encourage people that it’s the patriotic thing to do, that it’s the right thing to do. … If we can get over that tipping point and get up to 80% of people wearing masks regularly, I think we can still turn this around.”

Pate said he'd just seen a model predicting Idaho's hospitalizations for COVID-19 would peak Nov. 22. "We're nowhere near the peak if that model's correct," he said.

“We know if you can’t keep your distance, then the next best thing is to wear a mask," he said. "That is a simple and low-cost solution, but it’s become very politicized, and a lot of misinformation circulated about it.”

He noted that in the more than a dozen Idaho jurisdictions where mask mandates have been imposed, case numbers have begun to decline, while surrounding areas saw continued increases. That happened first with Boise’s mask order July 4, when cases continued to rise in Meridian and Eagle, he said. Then, when the Central District Health Department imposed a countywide mask requirement in Ada County July 14, Ada’s numbers began to decline, while neighboring Canyon County’s continued to rise.

On Monday, Teton County remains in the "moderate" risk factor with Bonneville County with three active cases and a total of 52 cases.

“What we’re going to see in the future really depends on what choices people make,” Pate said.

Thirteen Idaho jurisdictions currently have mask mandates in effect, including eight cities and five counties; they range from Kootenai County in the north to Driggs, Victor and Bonneville County in the southeast.

Pate said health officials initially expected the coronavirus pandemic to come in waves, like past influenza pandemics, with an easing off in the warmth of summer and a second wave in the fall. “The problem is what we found out is there’s no waves to this,” he said. “This is not acting like those influenza pandemics. And I think most experts now have abandoned this wave theory. Instead, a good Idaho analogy would be this is a wildfire. And it is a wildfire that if you put timber in front of it, it will burn it. And in this case, the timber is people, because the overwhelming majority of Idahoans are susceptible to this.”

Without a change in behavior in Canyon County, he said, “This is going to continue to burn. If they don’t take other steps to decrease the interaction of people, if they don’t take steps to get people that are going to be interacting with other people and can’t distance to wear a mask, we’re in for a protracted burning of this wildfire, and it’s going to continue to spread to more and more people.”

Canyon County now has the highest current weekly per-capita incidence of COVID-19 in the state, at 43.9 cases per 100,000 population, more than double Ada County's 21.5.